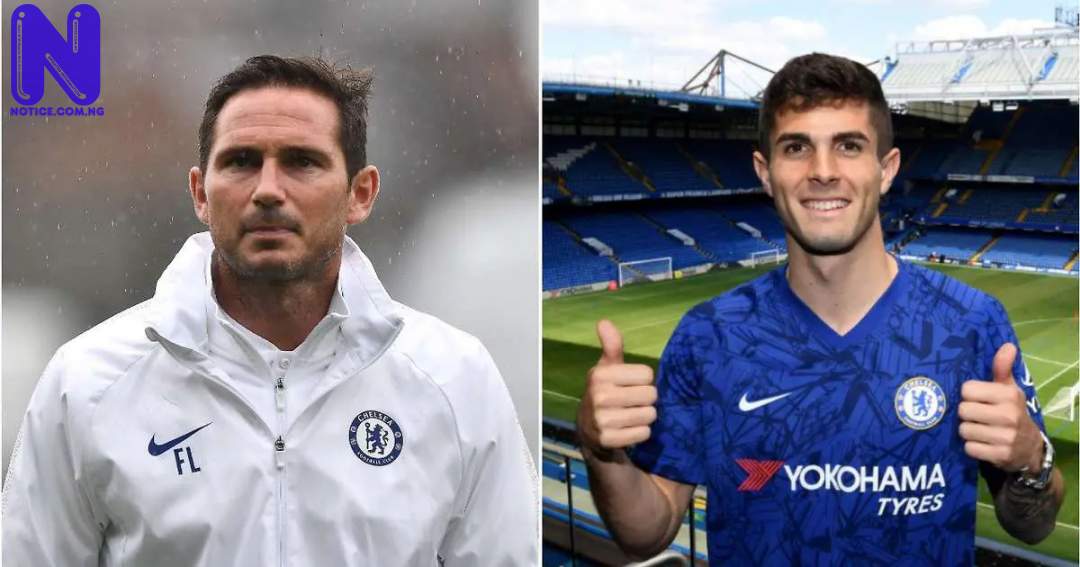 Chelsea manager, Frank Lampard, has said Christian Pulisic fully deserves to wear the club’s number 10 shirt this season.
Speaking with NBC’s Inside The Mind, Lampard revealed that he personally called the attacker to break the news.
Pulisic enjoyed a mixed debut campaign at Stamford Bridge with injuries limiting his impact, although made 34 appearances in all competitions with 11 goals and 10 assists to his name.
The Ex-Borussia Dortmund forward, who wore number 22 last season, has now been given the number 10 shirt after Willian left for Arsenal.
“I wanted him to have it because I felt like he deserved it, and he wanted it,” Lampard said.
“When he came last year, Willian was almost the man in waiting to take the number 10 shirt and I think it was right he took it with his experience.
“When it became open, I think what Christian delivered in his first year more than warranted that he gets the shirt and what it means.”
Chelsea travel to Brighton on Monday, in their Premier League clash of the new season.
Lampard will be under immense pressure to improve on last season’s third-place finish, after splashing over £200m in the summer transfer market.