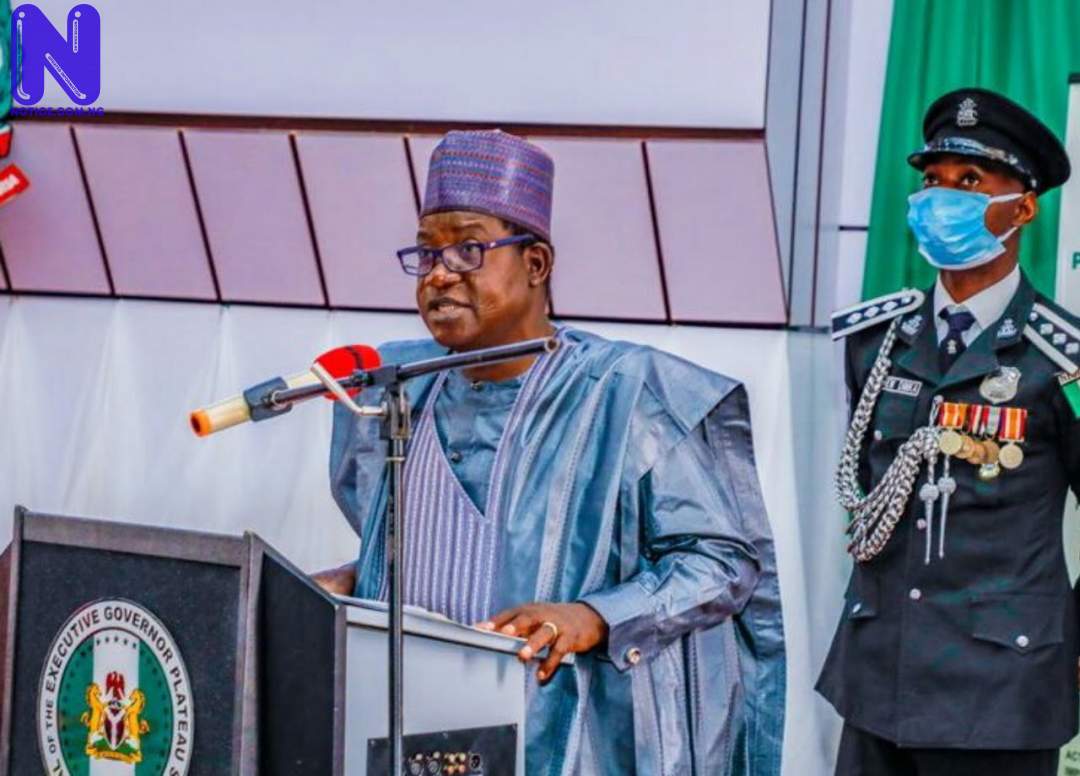 Plateau Governor and Chairman of Northern Governors’ Forum, Barr. Simon Bako Lalong, has commended members of the All Progressives Congress in Plateau State for their peaceful conduct and maturity during the Ward Congresses of the party which held throughout the state on Saturday.

Lalong, who went round some wards in Jos North Local Government alongside the Deputy Speaker of the House of Representatives Rt. Hon. Idris Wase, Minister of Women Affairs, Dame Pauline Tallen, Secretary to the Government of the State Professor Danladi Abok Atu, state party officials and other political leaders, witnessed a peaceful exercise.

The Governor’s first point of visit was the Gangagare Ward where the elections were conducted through consensus and officials emerged by affirmation.

DO YOU KNOW >>> Fani-Kayode lied, never played any role in my defection to APC – Gov Umahi

A similar development played out at the Ibrahim Katsina and Jos Jarawa Wards where the exercise also went smoothly without any rancour.

At each of the Wards, the elected party officials pledged to work hard for the unity, progress and peace of the party, making sure that it does not only win elections, but provide quality leadership for the people. They affirmed their loyalty to all hierarchy of the party and to Governor Lalong as the leader of the party in the State.

Governor Lalong in a remark said: “I was delighted with the reports emanating from the 17 Local Government Areas of the State where the ward congress elections were conducted peacefully.”

“The fact that most wards reached consensus to elect their leaders showed that there is maturity, tolerance and understanding amongst members of the party irrespective of the various interests prevailing.”

Lalong said the exemplary conduct of the APC members is a pointer to the fact that the party remains strong and will continue to wax stronger and also maintain its dominance of the political environment in Plateau State.

He said it will ensure that the fortunes of the party continue to soar higher in forthcoming elections.

Deputy Speaker House of Representatives Idris Wase praised the leadership Governor who has brought the party together by insisting on fairness, justice and inclusivity. He urged the party members to rally round and take the party to the next level.

For those that might have any grievances, the Governor assured them that in the spirit of reconciliation and harmony, their concerns will be addressed through the party’s internal mechanisms.


READ ALSO >>> Plateau: One dies as soldiers nab policeman with 370 bullets in Jos