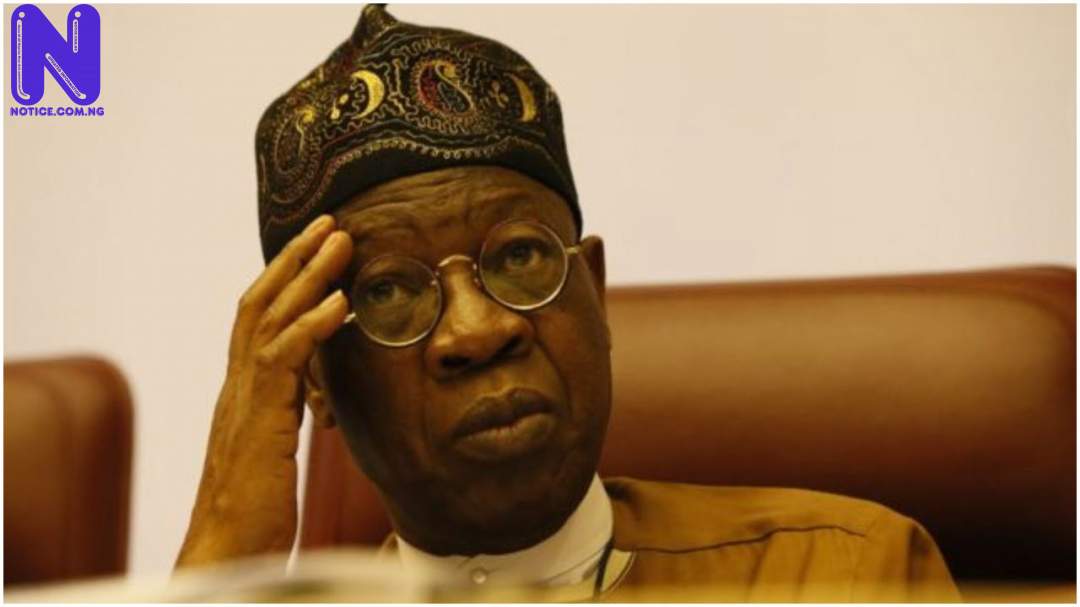 The Minister of Information and Culture, Lai Mohammed, has come under attack for saying that the Lagos State panel report on the Lekki tollgate incident is fake news.

Press had reported that Lai Mohammed, during a press conference on Tuesday, said that the panel’s report .

Recall that the panel was inaugurated to look into complaints of alleged by the police and the Nigerian Army during the EndSARS protest at the Lekki Tollgate.

However, the Minister described the report as a "tales by moonlight", adding that it cannot change the government's mind that there was no massacre.

Reacting, Nigerian People said the Minister’s statement was heartless and insensitive to families of those who lost their lives at the toll gate.

@akpakan_koko, ”Merely watching Lai Mohammed now live is annoying, to say the least. He is at it again without shame like he is wont to do. My take from his gibberish utterances simply underscores the reason he is widely hated.”

@DrOlufunmilayo, ” Lai Mohammed says Lagos #EndSARS Panel Report is "fake news" and calls it "tales by moonlight, Interesting how the biggest consistent well-known liars in history of the Nigerian state since Independence is the Nigerian Government itself.

@adebayoclem, ”History should treat Lai Mohammed as it did Joseph Goebbels. Spewing propaganda and distorting indisputable facts as a full-time job.”

@GiveDemFinish, He's only interested in the riots that ensued after which were a DIRECT result of the shootings at the Tollgate. Lai Mohammed is an embarrassment.”

@Gabntoka, ”As expected, Lai Mohammed has now found courage after almost 2 weeks of silence to discredit the Lagos #EndSARS panel report. His insensitive comment that the “parents of victims who can’t come to testify are not fit to be parents” is just BALDERDASH! The attack on Kamsi, nko?”

@WhiteAmadasun, ”Not unexpected from the shameless king of mendacity, Chartered Liar Lai Mohammed. He has exhausted all the lies and deceits in his book to deceive Nigerian People, only to tag #EndSarsReport fake news. What a crooked man!”

@theSCANDENTco, ”This government is shameless. How do you say this after such a detailed report has gone worldwide?

@Lady___Beee, ”Jokes aside, he called it fake news without evidence to counter it. See the kind of idiots ruling a resourceful country like Niger.”

@Ogkuku "I ask again, is there redemption for a man like Lai Mohammed? #EndSARS

@Ogbonaya "Obviously that wasn't the kind of report they expected from the panel, they could no longer wait for their empty white paper.”

@Abolanle, “So disheartening these are the people leading us. So heartless.’