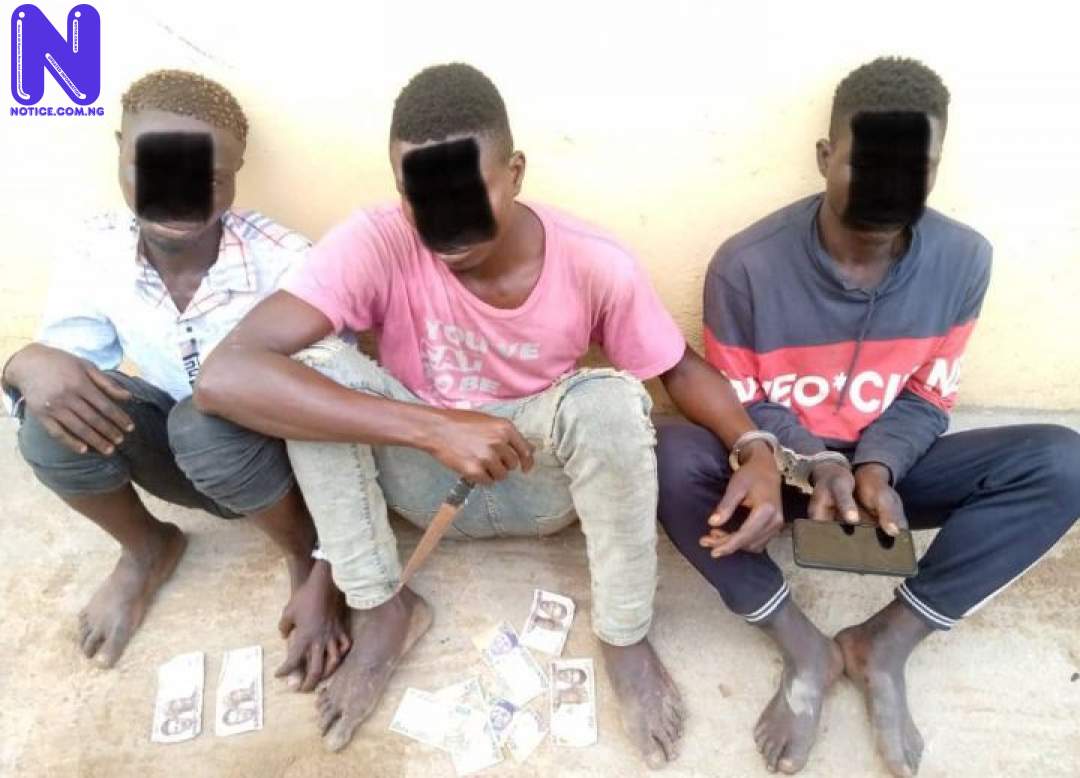 The suspects are Usman Mohammed, Azeez Adeleke and Solomon Odiya.

Alausa Division officers caught them following a distress call about a robbery attack.

Hundeyin disclosed they were nabbed while escaping with their loot after robbing their victims.

"Items recovered include one Tecno mobile phone, one dagger and N5,400," he said.

Investigations revealed that the gang previously operated in the area a couple of times, snatching belongings of passers-by.

The trio would be arraigned in court at the conclusion of investigations.