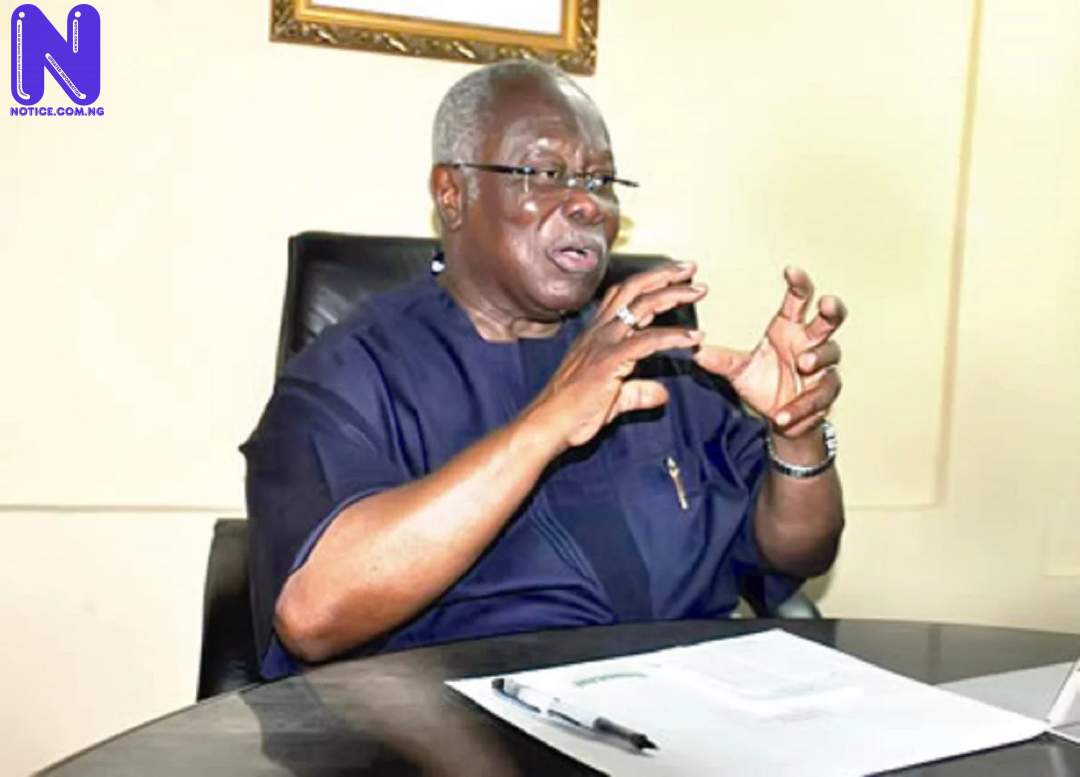 A Ex-Deputy National Chairman of the Peoples Democratic Party (PDP), Chief Bode George, has asked the Lagos State Government to prove that Seyi, the son of the All Progressives Congress national leader, Bola Tinubu, does not own or control the Lekki tollgate.
George demanded that the terms of the agreement between the Lekki Concession Company (LCC) and the state government be made public.
He said this in a statement titled, “We Must Withdraw from the Brink” on Friday.
George also said the state government must address allegations that Seyi and his Ex-Chief of Staff, Sunday Dare, who is the current Minister of Youth and Sports Development, control the tollgate.
“There was a buy-back several years ago returning the control & ownership of the Admiralty Tollgate to the Lagos State Government.
“The Lekki-Ikoyi Tollgate was built from scratch with taxpayers money.
“How then can anyone/company inexplicably make a legal claim to the Lekki toll gates? Again, what is the relationship between Seyi Tinubu and Lekki Concession Company?
“Equally, what is the relationship between Sunday Dare and the Lekki Concession Company? We all know that Sunday Dare until he became Minister last year was Bola Tinubu’s Man Friday. There are too many untidy, dirty, stinking intimations here,” George said.