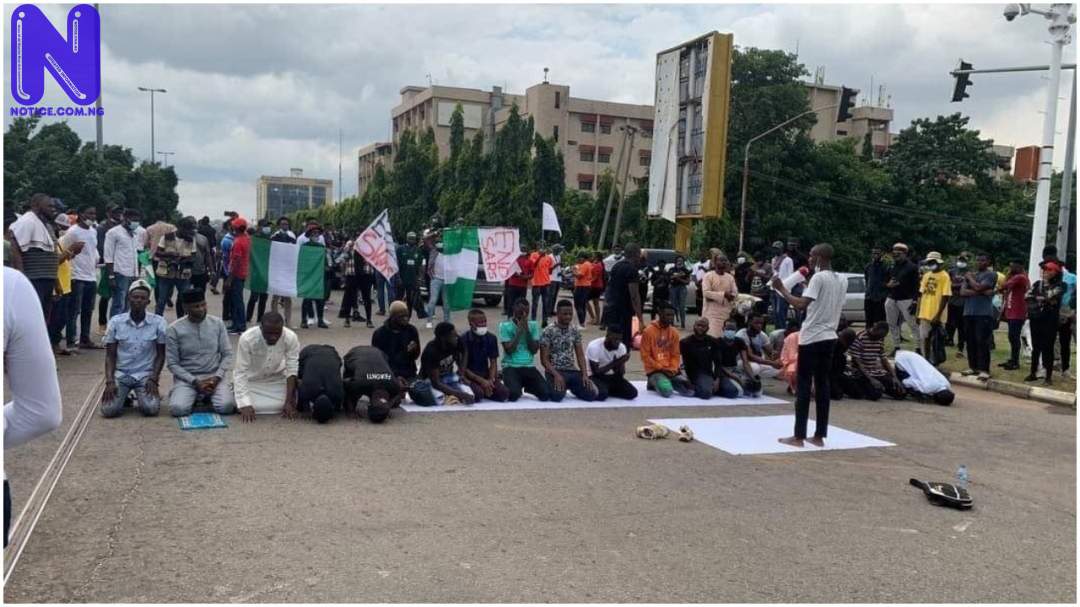 The End SARS protests in Lagos and Abuja witnessed a remarkable event on Friday.
The youths showed solidarity with each other in their quest for a better Nigeria.
At the Lekki toll gate rally ground, all activities were put on hold as Muslims observed Jumu’ah.
The congregational prayer holds every Friday afternoon instead of the Zuhr prayer.
It was a beauty to watch as they faithful gathered in a barricade.
One of them led prayers as onlookers maintained silence in their honour and as a mark of respect.
The situation was the same in the nation’s capital.
Demonstrations are ongoing across Nigeria against the notorious says now-disbanded says Special Anti-Robbery Squad (SARS).
Governors have started constituting panels to probe rogue officers and compensate the family.
This is one of the five demands the protesters issued for a truce.
#EndSARS : #Lagos, #Abuja protesters pause as Muslims observe Friday prayer . #ArrestKillerOfficers #EndPoliceBrutalityinNigeria #EndSWATNow #EndBadGovernmentinNIGERIA pic.twitter.com/mkzIOxDChE
— Nwachukwu John Owen (@johnowen99) October 16, 2020