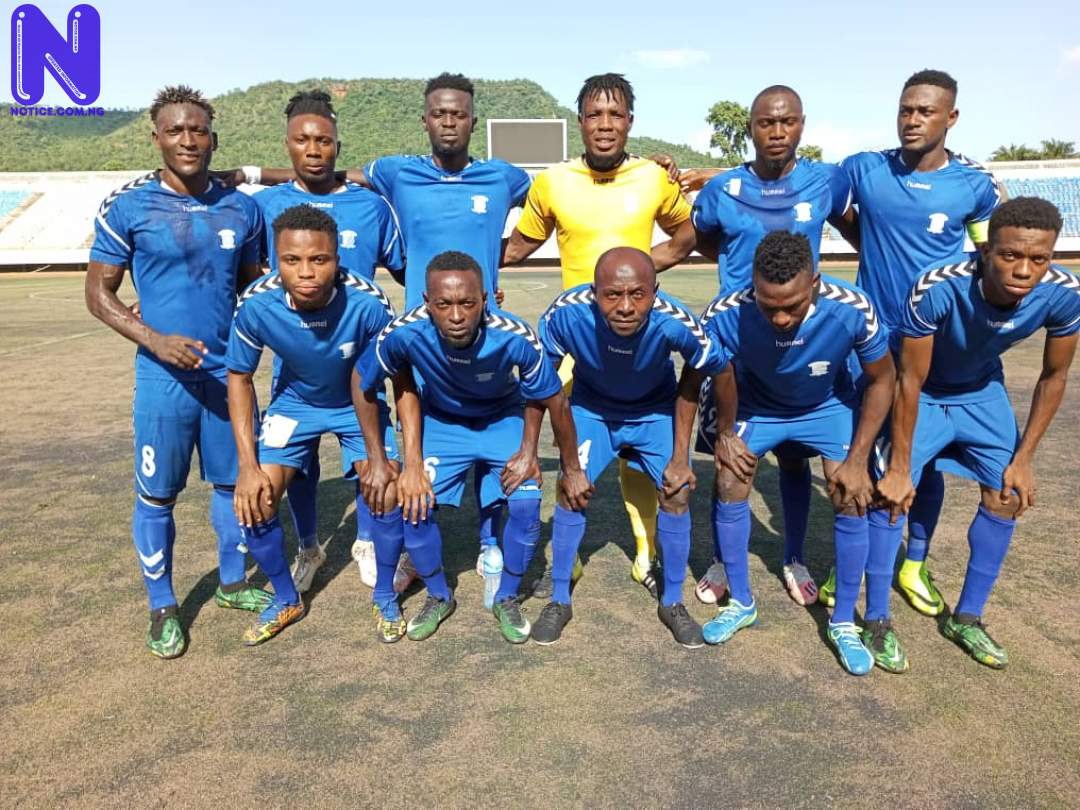 A powerful header from defender Moses Kayode in the 19th minute was all Kogi United Football Club of Lokoja needed to subdue Nigerian Army side, Green Beret FC of Zaria in a midweek duel played at the Confluence Stadium, Lokoja.

The clash, which was played behind closed-doors, lived up to expectations as both sides gave good account of themselves on the field at the blast of the whistle.

But it was Kogi United FC who went ahead in the early minutes of the game when defender Moses Kayode who left his comfort zone at the back to support the frontline rose high to head in the only goal of the game.

Green Beret FC, who came to the Confluence State with a game plan, lived up to their tag as one of the good sides in the second tier league, as they also kept on creating chances, putting pressure on Kogi United’s backline.

Despite their efforts, they couldn’t break their host’s defence as the proceedings remained at 1-0 until half time.

The second half was more aggressive between both sides as it somewhat became more of a physical game.

Reacting to the game, Technical Adviser of Kogi United FC described his side’s win as absolutely important and vital.

He thanked God for the outcome of the game, but said he is not happy with his lads’ inability to score plenty goals.

“It’s something we really planned for and it’s one of the most important three points we need.

“Sometimes, it’s quite unfortunate that after putting in a lot of tactical and technical efforts, especially at trainings to ensure that the boys banged in goals, the situation becomes a different ball game entirely on match day.

“But like I have always said, Kogi United is work in progress and hopefully, we will continue to perfect our ways so as to get it right soon,” he said.