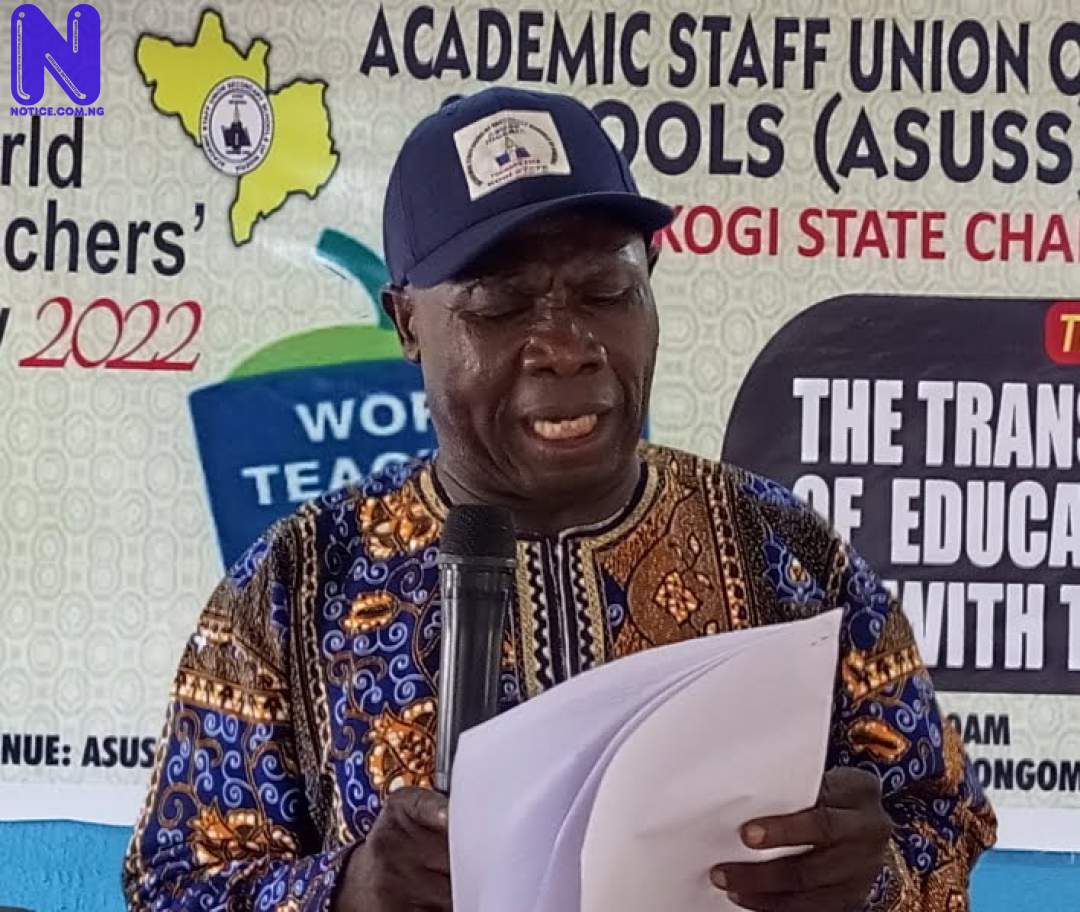 Secondary school teachers, under the auspices of Academic Staff Union of Secondary Schools, (ASUSS), have accused the Kogi State Head of Service, Mrs Hannah Odiyo of deliberately frustrating the government’s good intention on the welfare of teachers in the State.

Kogi State Chairman of ASUSS, Comrade Ranti Ojo, who disclosed this on the sideline of this year's celebration of World Teachers Day in Lokoja, said the head of service had continued to delay the release of circular for the approval granted by Governor Yahaya Bello on the elongation of teachers retirement age of 65years or 40years in service.

Comrade Ojo, while calling on the Head of Service to do the needful without further delay, admitted that teachers are suffering due to poor remuneration.

He called on the government at all levels to give high priority to the welfare of teachers nationwide, adding that the call became imperative in view of the huge attendant challenges confronting the educational sector.

Speaking on this year's theme: "The Transformation Of Education starts With Teachers", he said: "Teachers, particularly at the basic and senior secondary education levels are challenged by difficult socio-economic conditions, poor learning environment, diminishing resources, low wages, among others."

The Union Boss called on the State Government to, among other issues, look urgently into the shortage of teachers in schools, dilapidated infrastructure and lack of instructional materials, non-payment of gratuity to retirees and the harmonisation of pension to those who retired before December 2011.

He urged teachers in the State to vote for candidates that are education-friendly as the 2023 general election draws near.

In a message, the State Commissioner for Education, Science and Technology, Hon. Wemi Jones, who was represented by the Permanent Secretary in the Ministry, Elder Yakubu Dele Musa said the government was giving the needed attention to the sector to achieve set goals and assured that the domestication of the National Policy on Education would soon become a reality in Kogi State.