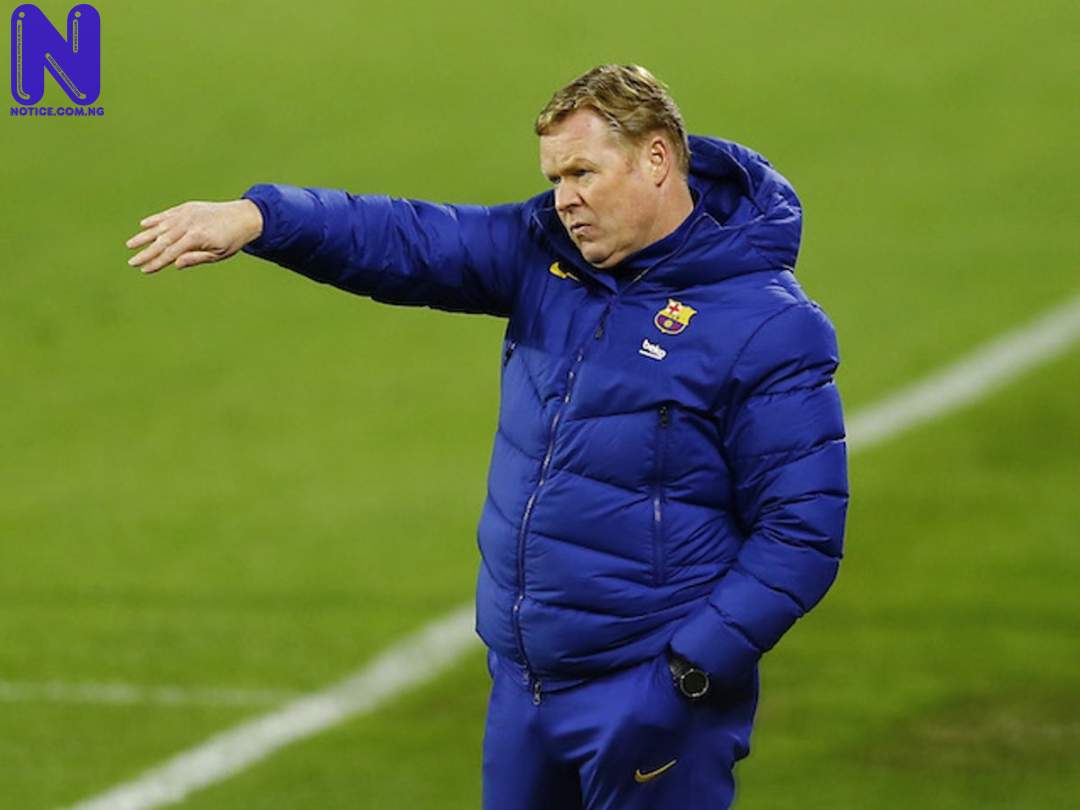 Barcelona manager, Ronald Koeman, has admitted that the gulf in talent between his side and Bayern Munich was apparent following their 3-0 defeat on Tuesday.

The LaLiga giants began their quest to win the Champions League without Lionel Messi with a home defeat to the Bundesliga champions.

Koeman also pointed out that his side played without injured stars like Sergio Aguero, Ousmane Dembele, and Ansu Fati.

“I can’t complain about the team’s attitude, but there’s a quality difference. One team that have played together for a long time [against] us, with a lot of young players who in two, three years will be better. It’s really difficult to accept, but we hope to improve things and to get people back from injuries.

“There are players aged 19, 20. If you compare that with what Bayern have, it’s a huge difference. The difference will get smaller in time,” Koeman said.