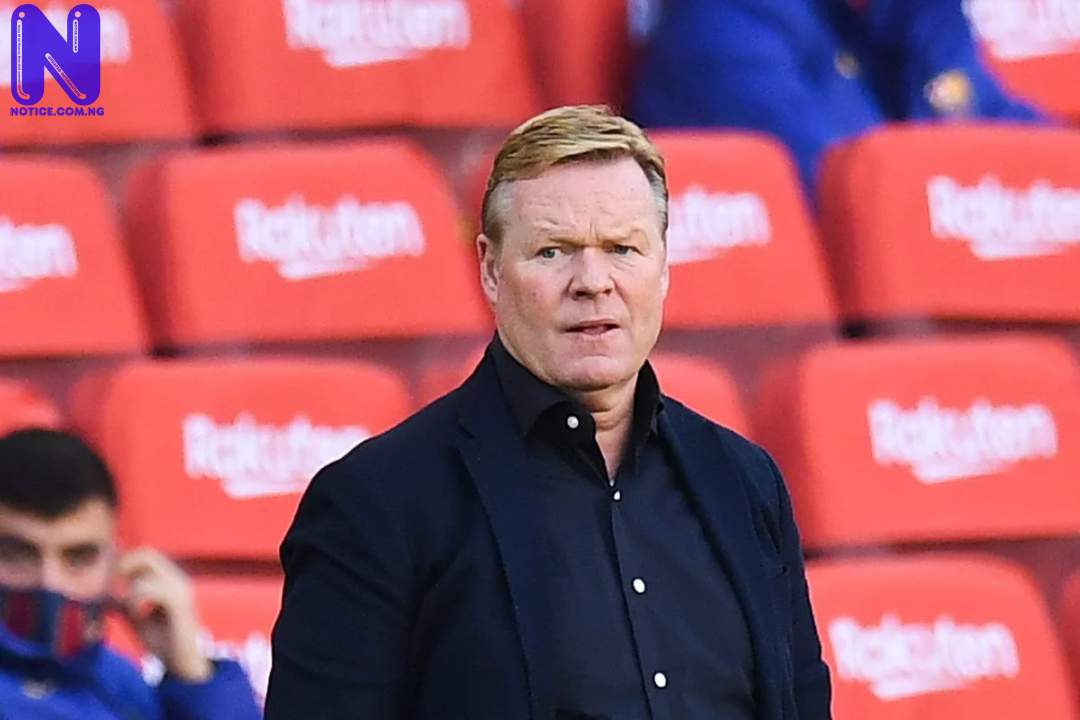 Barcelona boss, Ronald Koeman, has reacted to his side’s 3-0 win over Sevilla in the Copa del Rey semi-final second leg clash on Wednesday night at Camp Nou.
Koeman also warned that it would be difficult for Barcelona to overcome Paris Saint-Germain after losing 4-1 against the Ligue 1 champions in the Champions League round of 16 first leg tie last month.
Three goals from Ousmane Dembele, Gerard Pique and Martin Braithwaite ensured Barcelona defeated Sevilla to qualify for the final on 3-2 aggregates after losing 2-0 in the first leg last February.
“It is easier to come back from 2-0 than to come back from 1-4,” Koeman told reporters after the game.
“PSG have a great team and great players. We will start the game to win, to see if there is a chance to go through.
“I am so proud of my team. I can’t ask for more, really. We have changed the mindset of the team.
“I wish we had lived it with 100,000 people at the Camp Nou … I hope that some Catalans can come to the final in Seville.”
Barcelona will now face Osasuna in the La Liga on Saturday.