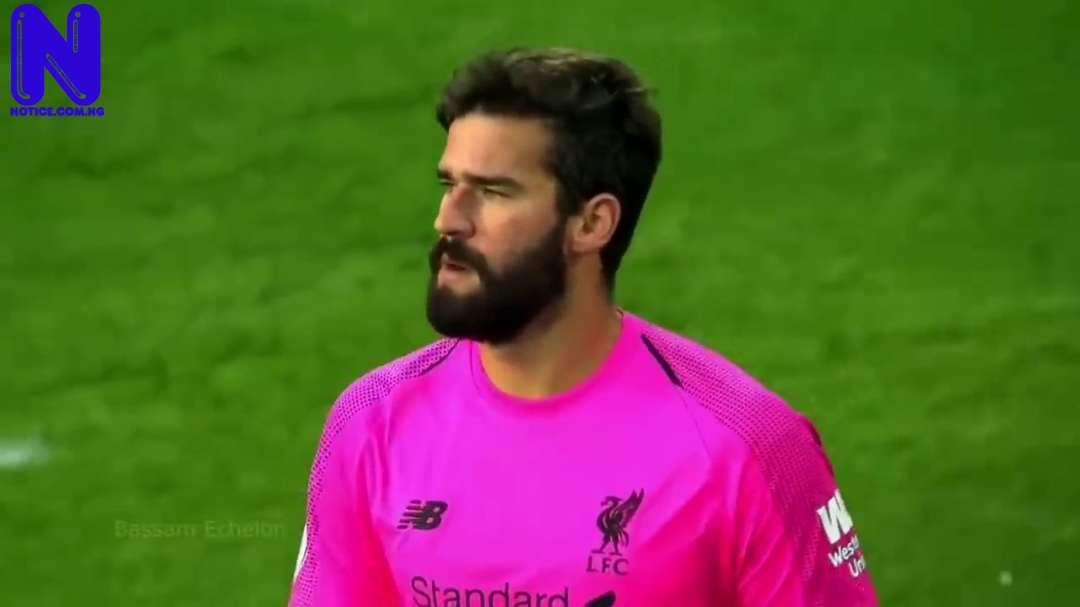 Liverpool boss, Jurgen Klopp, has revealed that he had a ‘little talk’ with goalkeeper, Alisson Becker, ahead of his side’s Premier League clash against Leicester City on Saturday afternoon.
Alisson made two massive blunders last Sunday as Man City defeated Liverpool at Anfield, thanks to goals from Ikay Gundogan (2), Raheem Sterling and Phil Foden.
Speaking at his pre-match press conference on Friday, Klopp said he had a brief discussion with the Brazilian shot-stopper to help brush off the disappointment of his costly mistakes against Pep Guardiola’s side ahead of Liverpool’s clash with Leicester.
“Oh we [me and Alisson] had, of course, a little talk,” Klopp said.
“If it is then about encouragement or whatever, I don’t know. It is just a little talk and he was not happy that it happened, of course.
“But it is very important to realise in a moment like this, goalkeepers in a long career, they make mistakes.
“For a goalkeeper of the quality of Alisson Becker, it is pretty rare that he makes this kind of mistake and that he makes two of them in one game, that is clear as well.
“But on top of that, goalkeepers are used to making mistakes. It means they have to stay in the game, they concede a goal and they know maybe earlier than all the rest of the world, “I should have saved it!”
“They have to deal with that always and he has just a few days in between the City game and this game.
“There was absolutely no real criticism from our side, from the boys, from the players around him because everybody knows how good he is. He’s a very calm person.
“And now the next game [against Leicester City] is coming up and that is good so he can play his normal level again and then everything will be fine.”