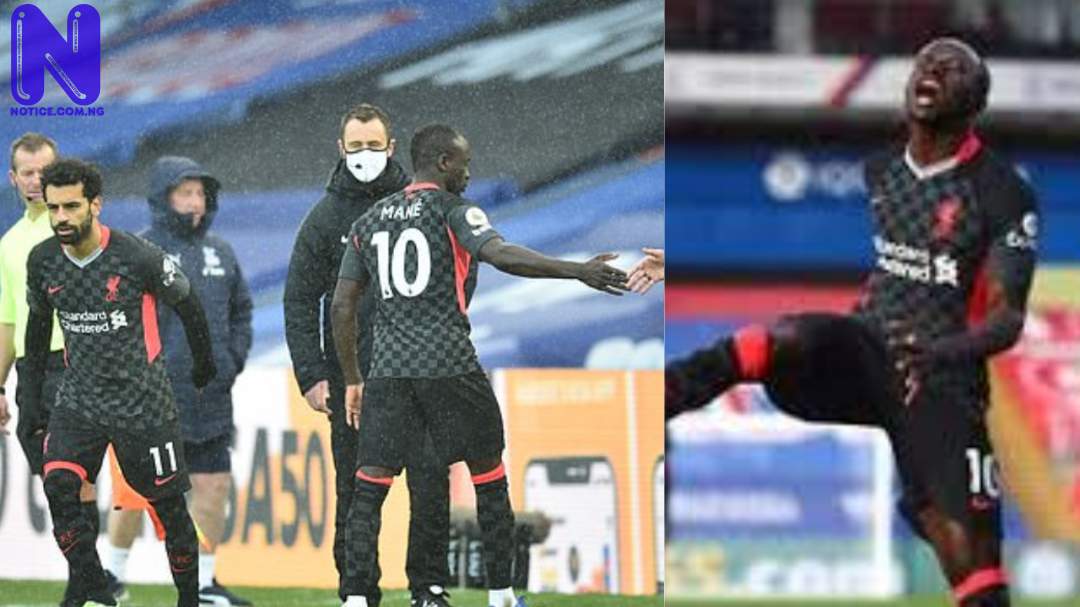 Liverpool boss, Jurgen Klopp, has reacted to Sadio Mane’s frustrated reaction to being replaced by Mohamed Salah with more than half an hour remaining following the Reds’ 7-0 win over Crystal Palace on Saturday.
Klopp insisted that there was no issue with Mane after the full-time whistle, adding that the Senegal forward was not angry that Salah replaced him but because he didn’t stay on the pitch until after the free-kick.
Liverpool defeated Crystal Palace at Selhurst Park Stadium, thanks to goals from Takumi Minamino (1), Sadio Mane (1), Roberto Firmino (2), Jordan Henderson (1) and Mohamed Salah (2) ensured
“He [Mane] was not angry because Mo [Salah] came on, he was not happy because maybe he did not stay on the pitch until after the free-kick,” Klopp told BT Sport.
“You can’t play football like this if you’re just a soldier and do everything the bosses say, they do what I say, but they’re human beings and react in a specific way.
“After the game, Sadio was completely fine, it’s all good.”