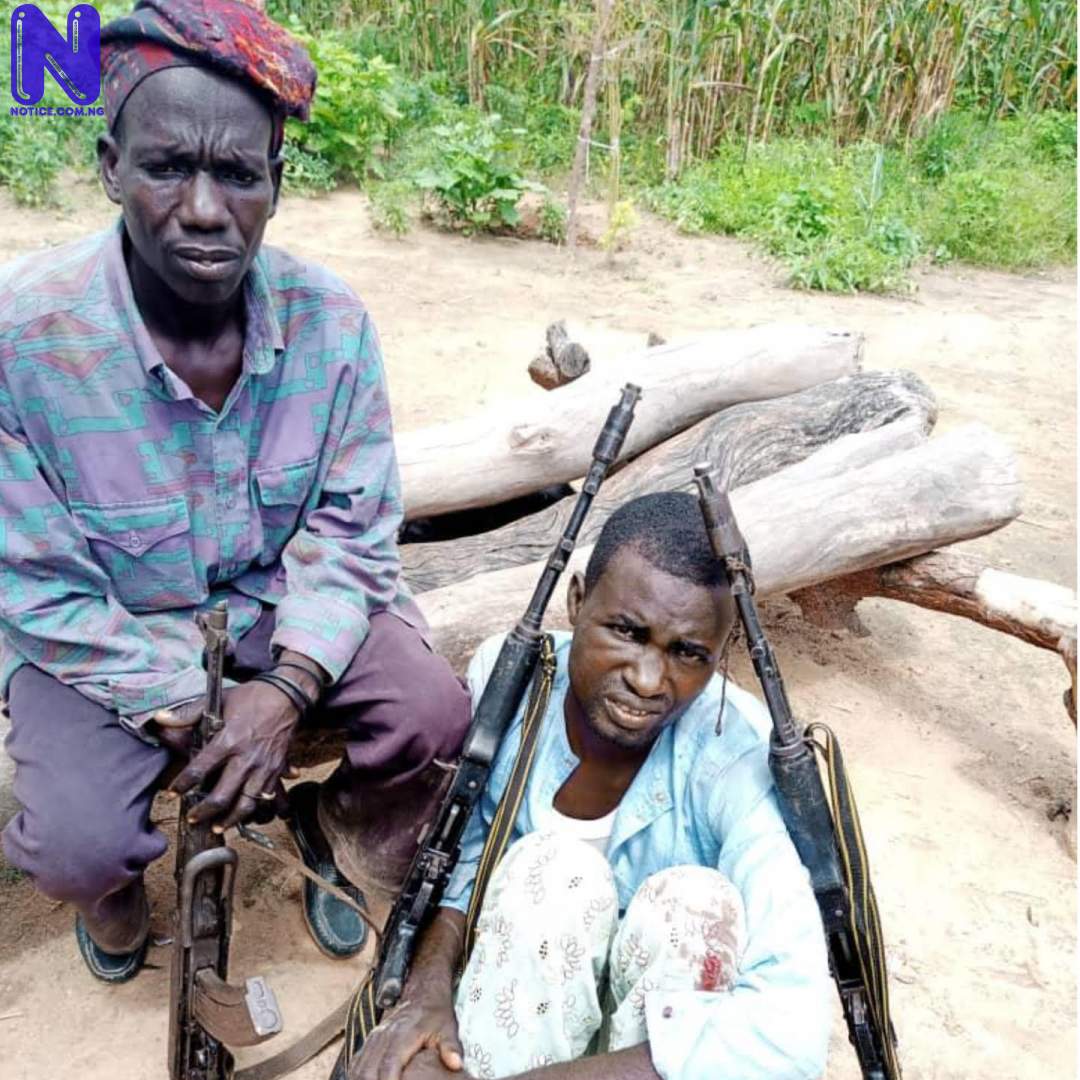 Police in Jigawa State has burst a notorious syndicate of kidnappers and arrested two suspects that have been terrorizing the State.

Spokesman of the command, DSP. Lawan Shiisu Adam disclosed this in a statement issued to Press.

He said the arrest was based on a silent operation carried out in Larabawa herdsmen camp, in Gabasawa LGA Area of Kano State and Laraba Gurgunya village in Taura LGA, Jigawa State.

Shiisu explained that the operation was carried out on 18/09/2022 between the hours of 0700 to 1215hrs by the combined team of policemen from State Headquarters Dutse, Ringim Area Command, State Intelligence Bureau, Taura, and Ringim Divisions, as well as Local Vigilante group.

He said during the operations, 35-year-old Safiyanu Muhammad and 40-year-old Musa Idi were arrested from the raided locations.

Shiisu added that “during the operations, two (2) AK 103-2 rifles, One (1) AK 47 rifle, Four (4) magazines with eighty-three (83) rounds of 7.9 mm live ammunition, two locally made pistols, Bow and arrows, Two sticks and One (1) Tecno handset with 2 airtel sim cards were recovered.

He said, “preliminary investigation revealed that the suspects were responsible for the ambush and killing of an Immigration officer recently in Birniwa Local Government and a police officer in Kwalam village, Taura Local Government while they were on their duty post.

“The suspects have also confessed to have participated in the abduction of A A Zaura’s mother, an APC senatorial flagbearer, Kano Central.”

The acting Commissioner of Police, Jigawa State Command, DCP Bashir Ahmed appreciated the efforts of the officers and the supporting group for the successful operation.