Killer or healer as IG of police - Emmanuel Onwubiko 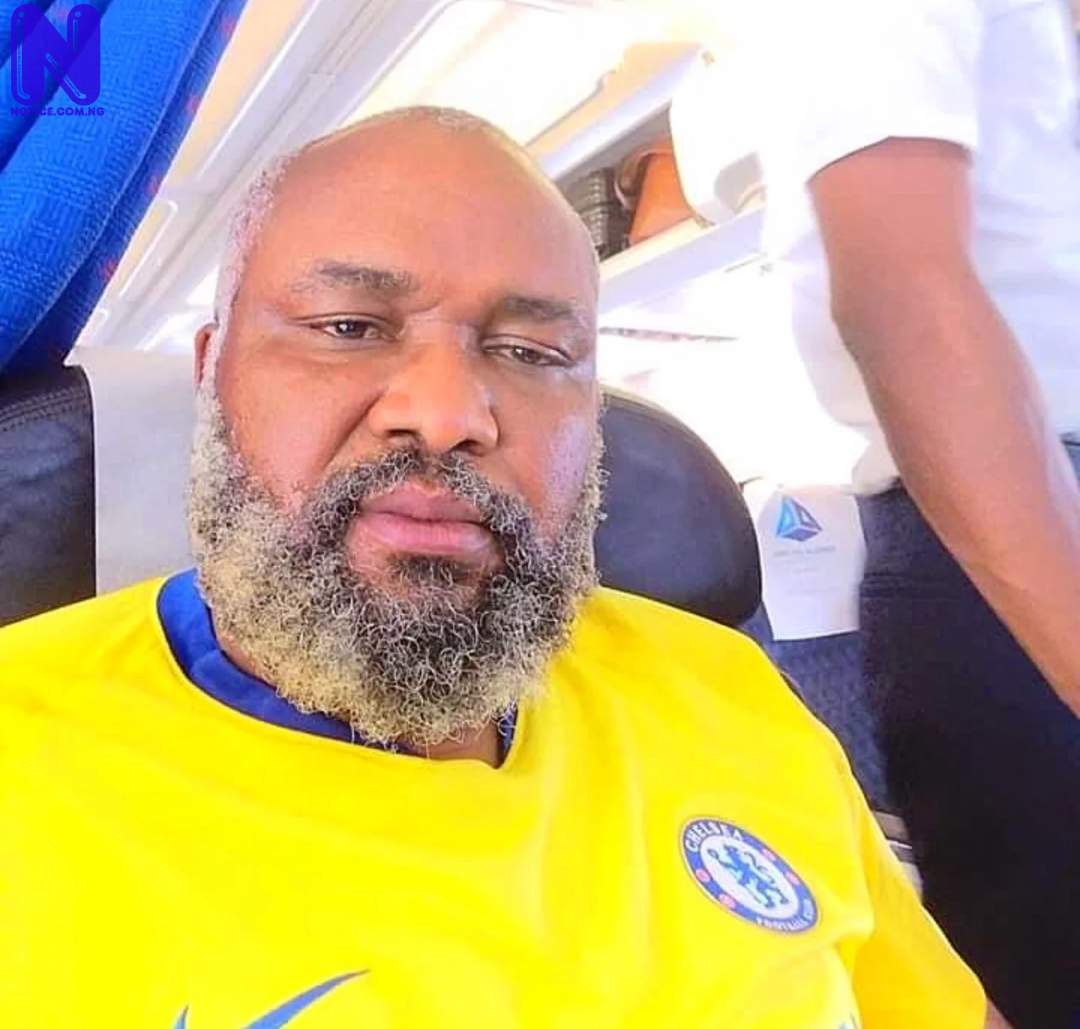 The organisation stated that the incident was not the first time the police was invading WACOL office. It recalled that in 2017 the head of the legal team of WACOL was almost rendered naked by the police who tore her clothes and inflicted serious injuries on her.

Professor Ezeilo appealed to the Commission to take measures to fish out the perpetrators of the dastardly act to forestall future occurrence.

It also appealed to the Commission to use her position to effect the transfer of the alleged rape case that sparked off the unfortunate incident out of Enugu to ensure unbiased investigation and prosecution.
Then over 150 Nigerian women, under the aegis of Mothers United and Mobilised (MUM), have petitioned the United Nations (UN), National Human Rights Commission (NHRC), Senate and the House of Representatives, demanding transparency in the findings by the judicial panels set up to probe police brutality in the country.
Also petitioned are the UNICEF, United Nations High Commission for Refugees (UNHCR) and UN Women.
The convener of MUM, Dr. Boluwaji Onabolu, during a media briefing yesterday in Abuja where she reeled out the petitions signed by the Nigerian mothers, specifically demanded that findings by the national and state judicial panels of enquiry must provide answers to questions asked by Nigerian People: who ordered the shooting of #EndSARS protesters at the Lekki toll gate; who carried out the order; how will those found guilty be held accountable and how will redress be made possible?
The mothers also demanded that the findings must be made public and the implementation transparent.
They urged the Central Bank of Nigeria (CBN) to immediately halt the freezing of bank accounts of #EndSARS protesters, and for the governments to stop the unlawful detention of the protesters and their supporters.
MUM further demanded that the Chief of Defence Staff, General Gabriel Olonishakin, should follow established international military protocol by investigating and punishing erring soldiers and their commanding officers involved in the shooting of the protesters.
The mothers declared support for the Nigerian youths, especially those that protested against ending police brutality and the Special Anti-robbery Squad (SARS).
While applauding the Presidency and the state governments for setting up the panels to investigate allegations of police brutality, MUM said that the probe should not end up like others conducted by the government the recommendations of which were never implemented.
ŌĆ£What we are saying is that this measures should not stop at fact finding, but must facilitate dialogue, ensure accountability and redress,ŌĆØ the mothers said.
The group called on the judicial panels to release their findings and implement them with the involvement of the civil society at all stages, adding that more visible steps should be taken towards police reform to stop the continuous human right violation that led to the #EndSARS protest ŌĆ£which has not stopped.ŌĆØ
The convener also stressed the need for redress for the numerous victims of the protests, including the police and innocent bystanders.

MUM had donated N100,000 to the widow of Rasheed Kareem, a 42-year old car dealer who was hit by a stray bullet at Surulere, Lagos State during the protests.
According to the mothers, people do not have to die during protests as youths must have a voice to demand for their rights from government.
They stressed the need to stop police brutality of innocent citizens. All these are coming after it was reported that the police killed many Nigerian People during the Lockdown for Covid-19 as declared by President Muhammadu Buhari for over 6 Months last year.
Nigerian security forces killed 18 people in two weeks while enforcing lockdowns imposed to halt the spread of the new coronavirus, the National Human Rights Commission (NHRC) said.
Nigeria, sub-Saharan Africa’s most populous country and biggest energy producer, has recorded 407 confirmed cases of COVID-19 and 12 deaths from the highly contagious lung disease.
Lockdowns initially slated to last 14 days were put in place on March 30 in the southern commercial hub Lagos, neighbouring Ogun state and the capital Abuja. They were extended on Sunday by two weeks and other states, such as the northern economic hub Kano, have also imposed restrictions.
The NHRC, an independent body, said in a statement dated April 15 that there had been “eight documented incidents of extrajudicial killings leading to 18 deaths” between March 30 and April 13.
It said the killings were carried out by the Nigerian Correctional Service, the police force and army.
In response, a spokesman for the Nigerian Correctional Service said four inmates had died after violence broke out and left a number of prisoners and staff hospitalised. The rights commission report alleged eight deaths.
The Nigeria Police Force and the Nigerian Army did not respond to phone calls seeking comment on the NHRC statement.
The statement said “law enforcement agents extrajudicially executed 18 persons in the cause of the enforcement regulations” related to lockdown measures.
“The report notes that most of the violations witnessed during the period arose as a result of excessive or disproportionate use of force, abuse of power, corruption and non-adherence to national and international laws, best practices and rules of engagement,” the NHRC statement said.
The NHRC said it had received 105 complaints of alleged human rights violations in the first two weeks of the lockdown.

Nigerian police and the military have repeatedly been accused by rights advocates of using excessive force, but have consistently denied any wrongdoing.
Last year the United Nations special rapporteur on extrajudicial killings also accused Nigerian security forces of using excessive lethal force. The police and military did not respond to those accusations.
To be candid, the matter of police brutality is global but the difference is that other nations are doing things to change the narrative but in Nigeria there is no will power on the part of the government to change the status quo.
To let us know a bit of what is being done in the USA with police reforms, we were told that a Congressional effort to pass police reform legislation in the wake of the death of George Floyd and other African Americans while in police custody has stalled, despite overwhelming bipartisan demand for change.
With the support of three Republicans, the Democrat-controlled House of Representatives passed a controversial police reform measure on Thursday. The bill failed, in spite of that, to gain traction in the Republican-led Senate, where Majority Leader Mitch McConnell rejected Democratic Party demands to toughen a corresponding Senate measure before it is formally introduced for debate.
The stalled efforts reflect a deep partisan divide in Washington which has left the nationŌĆÖs lawmakers unable to act on AmericansŌĆÖ demands for police reform and change on other issues such as immigration and gun control.
The U.S. public overwhelmingly supports some measure of police reform after the death of Floyd, who died after a white police officer pressed a knee on his neck for nearly nine minutes as he pleaded he could not breathe.
An Associated Press-NORC Center for Public Affairs Research poll found 29% of U.S. citizens believe a complete overhaul of the national criminal justice system is necessary. The poll said 40% of respondents feel the system must undergo significant change, while 25% say it needs only minor changes.
In the mid western city of Minneapolis, Minnesota, where Floyd was died on March 25 and where unrest continues, efforts to achieve police reform have been more successful. The city council voted unanimously Friday to change the city charter, a step toward the potential dismantling of the police department.
Major bureaucratic obstacles would have to be overcome, though, before the cityŌĆÖs voters have the chance to decide the matter during November elections.
Since FloydŌĆÖs death, calls to defund police have spread across the U.S., with many activists advocating that some police funding be re-allocated to community-based social services programs.
Police departments in New York, Los Angeles, Chicago, Detroit and Boston are among the local law enforcement agencies facing defunding calls from grassroots activists.
The American Civil Liberties Union accuses many of the agencies facing defunding calls of systemic racism, a charge that most of those agencies reject.
The issue has deep roots in the United States. The Kerner Commission report, ordered by then-President Lyndon Johnson after 150 U.S. cities erupted in violence in 1967 over racial injustice, concluded police brutality was a primary cause of the unrest.
Although police reform legislation in Congress has stalled, there are common elements in the House Democratic and Senate Republican bills that lawmakers could build upon if they address the issue again.
Both measures call for a national database of use-of-force incidents by law enforcement officers and limits on police chokeholds.
So, back to the theme of this reflection, the Nigerian President Muhammadu Buhari must appoint for Nigeria a great Leader to head the Police Force because the outgoing Police Inspector General Adamu Mohammed is a monumental failure.
*EMMANUEL ONWUBIKO is head of the HUMAN RIGHTS WRITERS ASSOCIATION OF NIGERIA (HURIWA) and [email protected] theingerianinsidernews.com, www.huriwanigeria.com.