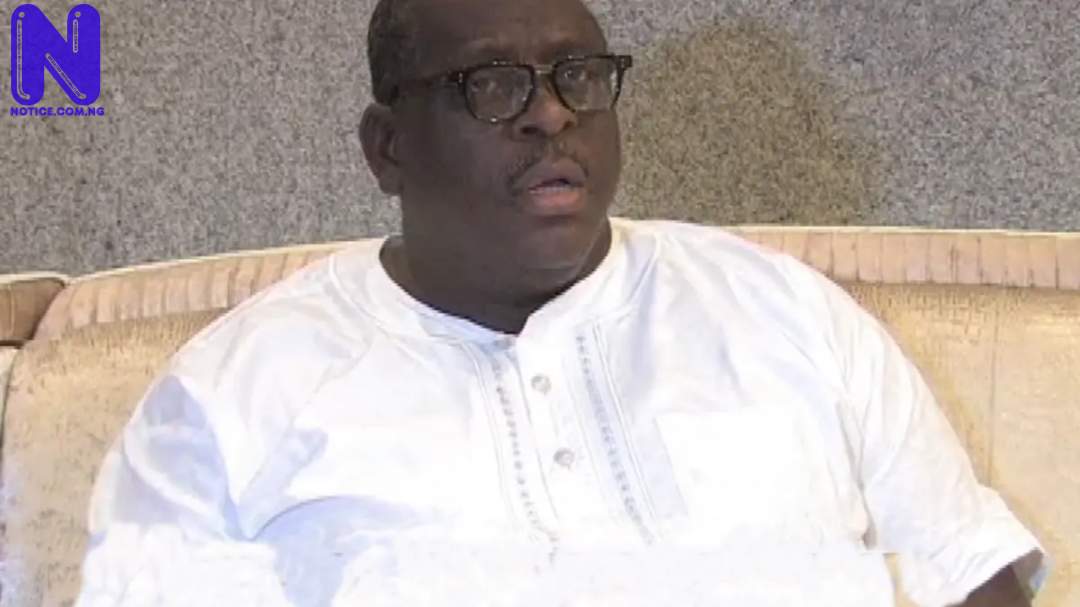 A Ex-Ogun State Senator, Prince Buruji Kashamu, has again rushed to the Supreme Court praying for an order of interim injunction to stop the federal government from extraditing him to the United States of America (USA) until the final determination of his appeal pending before the court.

Kashamu in a fresh panic move, filed two separate motions at the Supreme Court begging the apex court to issue order of protection in his favor to enable him enjoy some respite pending the final decision on his extradition legal battle.

The embattled politician in the motions feared that the federal government will ferry him to America for trial in an alleged hard drug trafficking offence unless the order of injunction is granted to shield him.

In the motions filed on his behalf by Dr Alex Izinyon, SAN, Kashamu claimed that he has become aware that the federal government might pick him up and extradite him to America in spite of his pending appeal at the apex court.

Specifically, the embattled Ex-senator begged the Supreme Court in the two motions to stop the Attorney General of the Federation AGF and the National Drug Law Enforcement Agency NDLEA from executing two Appeal Court judgments delivered against him in 2018 on extradition.

He said his appeals on the two judgments are pending in Supreme Court and will be rendered nugatory if extradited to America before hearing.

Meanwhile, the motions are expected to be heard along with the substantive appeal by the apex court.

Kashamu had filed two appeals before the apex court praying it to void the request of the American government that he be extradited to USA to answer criminal charges against him in respect of an alleged heroine drug importation into the country.

Attorney General of the Federation (AGF) and the National Drug Law Enforcement Agency (NDLEA) are the major respondents in the appeals in which the Ex-Senator is asking the Supreme Court to stop government from executing two judgments of the Court of Appeal granted against him.

He wants the apex court to review the two judgments delivered in favour of the Federal Government by the Lagos division of the Court of Appeal on May 4 2018.

Kashamu had in his notices of appeal to Supreme Court complained that the Court of Appeal erred in law by voiding and setting aside the two judgments of the Federal High court which barred Federal Government from extraditing him to America.

The ex-senator is praying the apex court to set aside the decisions of the Court of Appeal as they affected him.

But government through the Attorney General of the Federation AGF has responded with a counter prayer that the Supreme Court should uphold the judgments of the Court of Appeal which cleared coast for his extradition.

The AGF claimed that the Appeal Court was right in setting aside the two judgments of the High Court because they were based on hearsay evidence of Kashamu before the court.

The AGF urged the Supreme Court to allow the judgments of the Court of Appeal to enable the federal government extradite Kashamu to USA to prove his innocence or otherwise in the hard drug trafficking criminal charge filed against him by the American government since 2015 when he was alleged to have escaped to Nigeria.

The Court of Appeal had on May 4, 2018 cleared the coast for the federal government to extradite Kashamu who had engaged government in a long drawn legal battle since 2014.

The appellate court in the two separate judgments voided and set aside all orders made by a Federal High Court between 2014 and 2017 restraining the government from proceeding with the extradition.

Justice Joseph Ikyeghi in the judgments marked CA/L/1030/15 and CA/L/1030A/15 in the appeal filed by the AGF held that the orders granted in favour of Kashamu by Justice Okon Abang were invalid because they were based on hearsays and speculations by Senator Kashamu.

The court held that the hearsay that a Ex-President, Chief Olusegun Obasanjo was instigating the extradition was not established under any law because Obasanjo was not joined in the suit or made a witness.

The appeal court said that an affidavit deposed to by Kashamu on the issue was worthless and not in compliance with Evidence Act because the Ex-senator himself claimed that he was told by several persons who were not called to testify in court.

Justice Ikyeghi held that Justice Abang in his two judgments on the issue erred in law by playing undue reliance on affidavit that contravened Evidence Act to give judgment against the Federal government.

Consequently, the High Court order of injunction stopping the extraction process was voided and set aside.

Justice Ikyeghi had agreed with counsel to the Federal Government, Chief Emeka Ngige, SAN that a statutory body like the National Drug Law Enforcement Agency (NDLEA) cannot be prohibited from performing its statutory functions on hearsays and speculations as in the instant case.