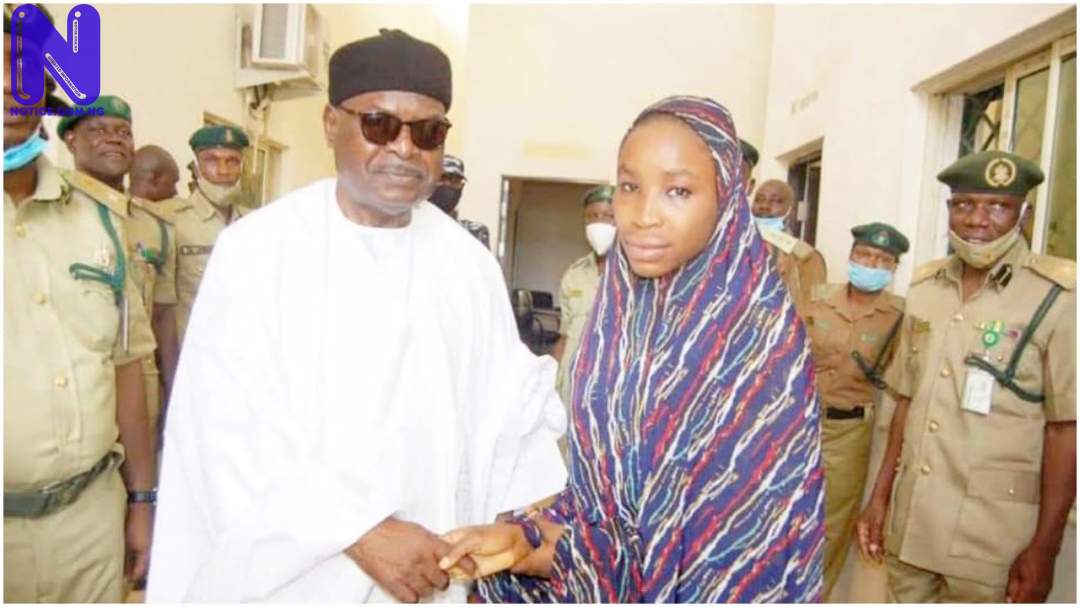 The federal government has confirmed the pardon granted Rahma Hussein, a native of Kano convicted of murder.

In 2014, at the age of 16, the child bride was charged with culpable homicide after killing her husband to protest forced marriage.

She stabbed the deceased, Tijjani Basiru to death at the Darmanawa quarters in Tarauni Local Government Area.

Rahma was married off by her father. Three days later, as Tijjani attempted to get intimate, a struggle that ensued caused his demise.

A statement on Sunday by Umar Gwandu, spokesman to Justice Minister, announced Rahma and 30 other inmates were released from the Kano correctional centre.

The team paid fines for inmates who were convicted of minor offences and also reviewed “peculiar cases”.

Gwandu said the United Nations Office on Drugs and Crimes (UNODC) called the attention of committee chairman, Justice I. U. Bello (rtd) to Rahma’s case.

“Representatives of UNODC and Buni Yadi Foundation were also present to lend their voice and support to the release of Rahma”, the statement added.

Governor Abdullahi Ganduje has promised that the state government will support her rehabilitation process.

On October 30, Attorney-General of the Federation and Justice Minister, Abubakar Malami inaugurated the Reforms and Decongestion committee.

The presidential body has facilitated the release of more than 10,000 inmates.