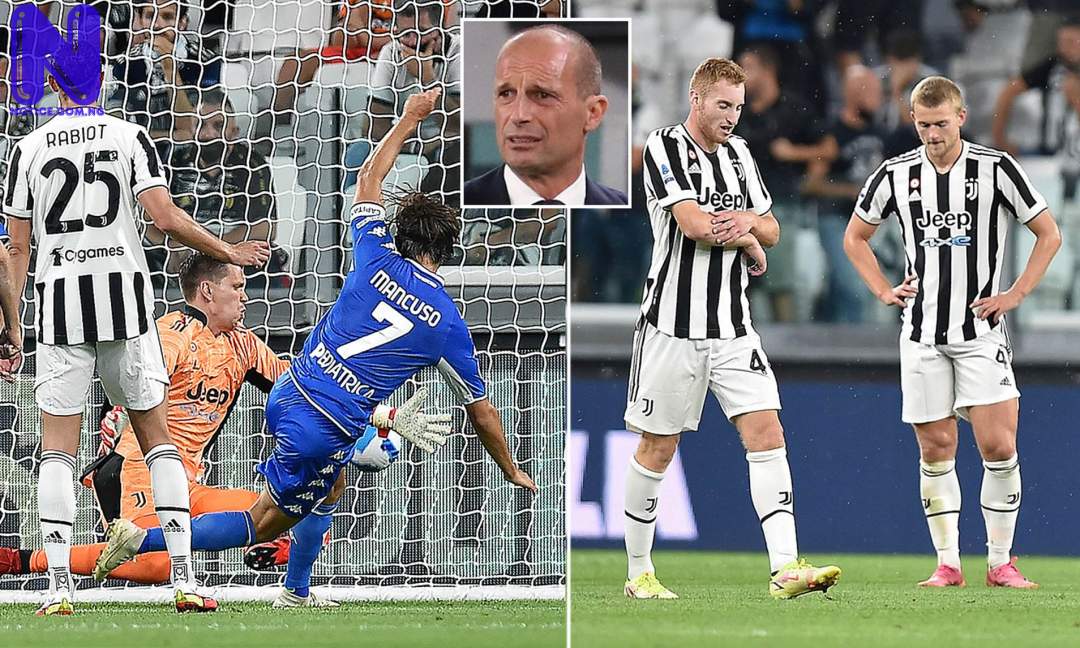 Juventus suffered a shock 1-0 loss at home to Empoli on Saturday, as they began life without Cristiano Ronaldo.

The Turin giants agreed on a deal with Manchester United to sell Ronaldo earlier this week.

Other than some long-range efforts from Federico Chiesa, Max Allegri’s men did not threaten to score in the first half.

Newly promoted Empoli scored the only goal of the game in the 21st minute when captain Leonardo Mancuso swept the ball home at the far post.

After the break, Allegri brought on Alvaro Morata, Dejan Kulusevski and new boy Manuel Locatelli from the bench. But they still struggled to break down the visitors.

Juventus now have only one point from their opening two Serie A fixtures.