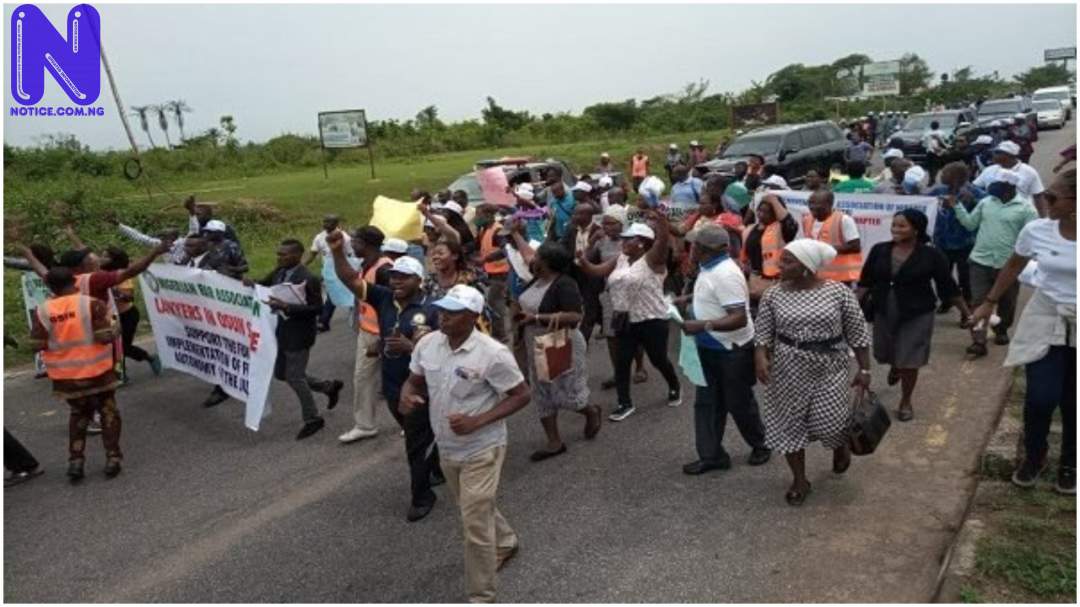 Protesting members of the Judiciary Staff Union of Nigeria, JUSUN, and Nigeria Bar Association, NBA, on Thursday blocked the convoy of Osun Deputy Governor, Benedict Alabi during a protest in Osogbo, on Thursday.

Recall that JUSUN and the NBA, have been protesting in different parts of the country against the alleged unwillingness of the government to respect the financial autonomy of the judiciary.

The protesters in Osogbo on Thursday morning started the protest from the High Court, Oke-Fia and marched to the Customary Court through to Federal High Court in Osogbo.

The protesting members of the two unions were, in spite of that, trekking to the State Government Secretariat, when the convoy of the Deputy Governor ran into their midst.

The protesters refused the Deputy Governor’s convoy access and blocked the convoy with placards and banners as the security details implored them to give way.

The convoy later managed to avoid the protesters by passing through a Petrol Station close to the State Government Secretariat, Abere.

The vehicles entered through the first entrance of the filling station and exited through the second gate to boycott the protesters.