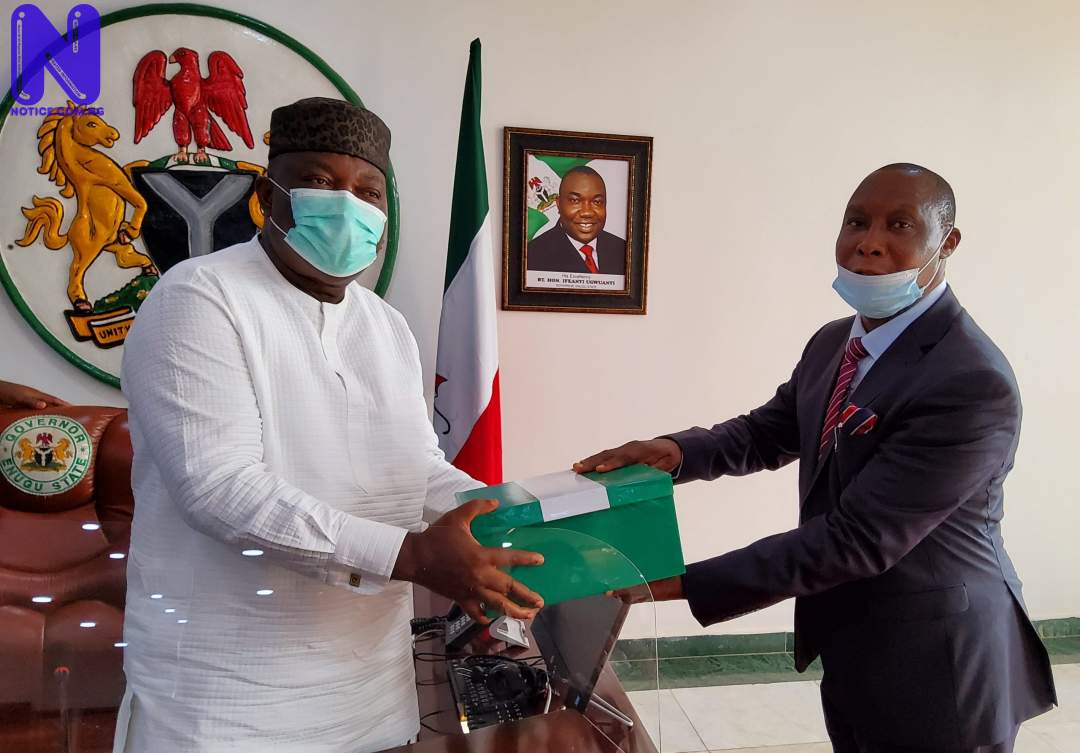 The Justice Harold Eya-led Judicial Commission of Inquiry, recently constituted by Governor Ifeanyi Ugwuanyi of Enugu State, to investigate and ascertain the remote and immediate causes of the communal crisis in Oruku Community of Nkanu East Local Government Area of the state, on Monday, submitted its report to the governor.

Gov. Ugwuanyi, in the wake of the Oruku crisis, which led to the killing of the traditional ruler of the community, late Igwe Emmanuel Chidiebere Mba, inaugurated the 5-man panel, with a view to finding a lasting peace in the area and preventing similar crisis in future.

The governor urged the people of Oruku Community to stay the course of peace, which his administration has striven to entrench and nurture in the state.

Submitting the report, the Chairman of the Commission, Justice Eya, thanked Gov. Ugwuanyi for his firm commitment to the sustenance of peace and development in Enugu State.

The Chairman expressed optimism that the findings and recommendations of the panel will go a long way to bring lasting peace and security in Oruku, pointing out that “this is yet another peace-building initiative of Your Excellency in Oruku Community of Nkanu East LGA of Enugu State”.

He added that the Commission’s report is the beginning of another phase in the annals of the ethnographic configuration known as Oruku Community, stressing that “our gathering here will turn out to be the beginning of a new phase of the community’s corporate existence”.

Justice Eya disclosed that “the Oruku crisis was a matter of ego tussle among the elites that brought the youth and tore them apart”.

Receiving the report, Gov. Ugwuanyi expressed delight that the Commission has completed its assignment within the remit of its terms of reference.

The governor said that his administration will expeditiously and diligently study the report, accept and implement as appropriate.

He hoped that the findings and recommendations of the Commission, as well as the consequential government action will restore peace and order to the community.

While thanking the members of the Commission for the gravitas they brought to bear on the task, Gov. Ugwuanyi appreciated the people of Oruku for the support and cooperation they availed the panel in the course of the assignment.