June 12 protesters will have themselves to blame - Kogi Govt 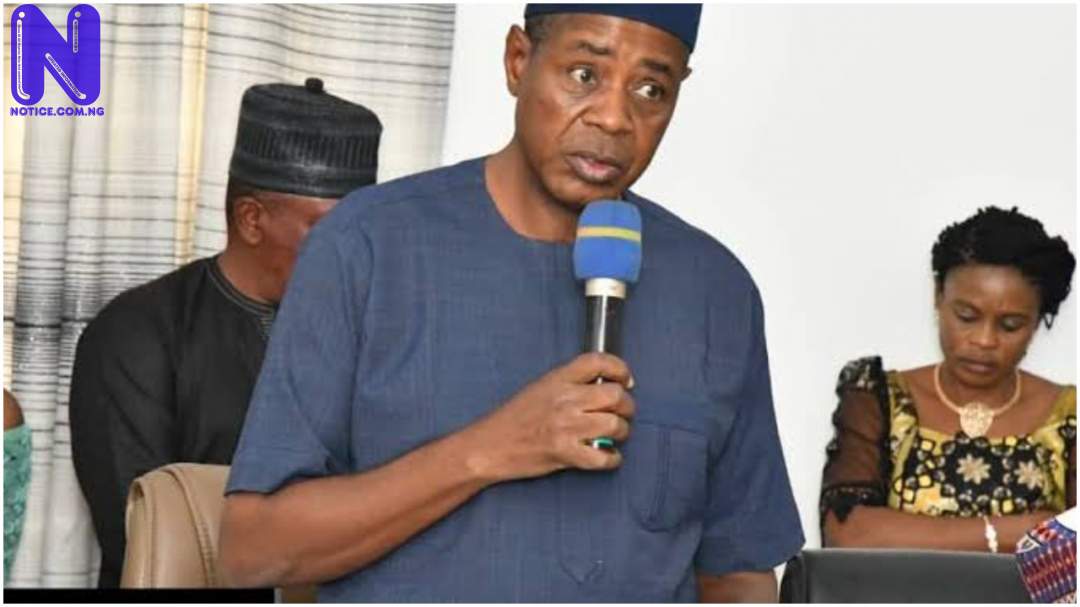 The Kogi State Government has warned those planning to protest in the State on Saturday, June 12, to jettison the idea or face the full wrath of the law.

The State Security Adviser, Commodore Jerry Omodara, gave the warning on Friday while briefing newsmen on the proposed nationwide protest by some aggrieved individuals in the country.

Omodara noted that information at the government's disposal revealed that no group of persons have indicated interest to protest in any part of the State.

According to him, there is no reason for anyone to come out and protest in the state, adding that residents should go about their daily activities without fear or intimidation; stressing that whoever that protest in the State will have him or herself to blame.

Omodara maintained that Kogi State under the leadership of Gov. Yahaya Bello will not allow anyone to disrupt the peace the people are enjoying in the State; adding that the State Government would do all it can to maintain the prevailing peaceful atmosphere that exists.

"We have looked at it, and we have done our check through the Commissioner of Police, and there is no association, group or individuals that have applied for permission to protest, or carry out any walk. The police have not granted any permission.

"I have cross checked with other security agencies, and we have seen that as a government, there is no reason for anyone to come out in Kogi or in any part of the State to protest on Saturday June 12.

"It is a known fact that the State has remained peaceful. When it was Covid-19 time, the government did not shut down the State. We continued with our legitimate business. When it was the time for EndSARS the Governor Alhaji Yahaya Bello came out to support the youths but the State didn't join the EndSARS protest. This is because the government is with the people. If we are enjoying unlimited security in the State compared to what we are seeing in other parts of the country, it is important we give peace a chance.

"I have also crosscheck with the student body and they met with the Commissioner of Police on Wednesday and they stated categorically that they won't be part of the protest. Any youth we see tomorrow Saturday coming out to protest should have himself to blame. The governor is not going to allow anyone to disrupt the peace we are enjoying in Kogi State.

He however urged parents to warn their children and wards to give peace a chance, adding that the responsibility of the government is to continue to fight insecurity.

"It is not that the challenges we are having in other States are not feeling it here, but the government is making a serious effort to nip them before they emanate. Just three days ago, three suspects with army uniform came out in Ajaokuta Local Government, the security agency came out and confronted them, and they brought them down.

"The Government will keep on appreciating what the people of Kogi State are doing. Giving us relevant information, as well as supporting the security agencies will go a long way in combating insecurities. Let no one obstruct businesses, or obstruct movement of people. This is a warning. I have instructed the security agencies. If you see them patrolling, don't be afraid. They are only going out to keep peace. People should continue their normal businesses" he added.

June 12: Deal with whoever threatens our security - IG of Police issues order