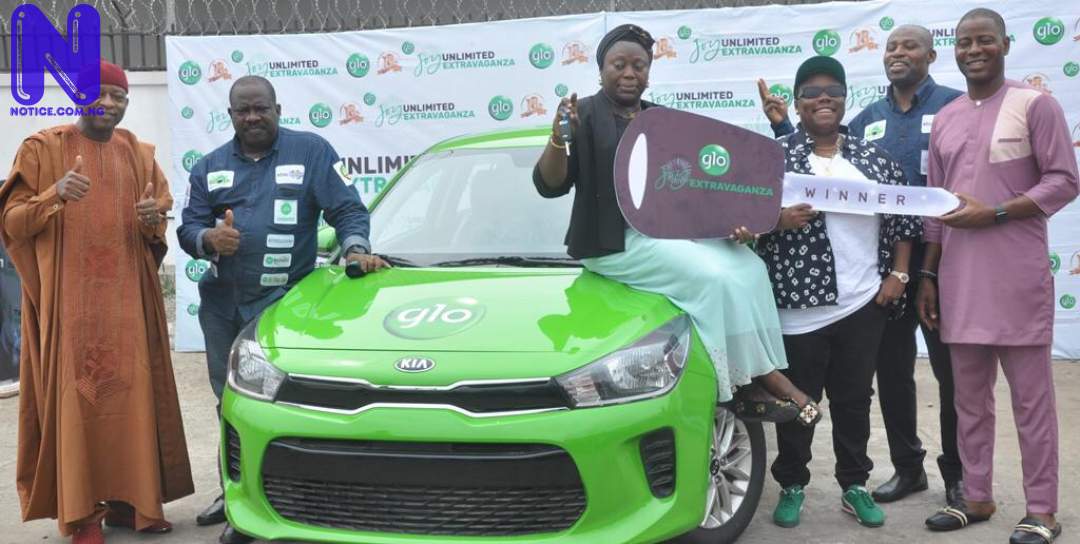 According to the winner, the car prize is "a unique way to start the year 2022", adding, "For the past five days, I have not been myself. It's not that I don't have a car but if anyone had predicted in December that I will have a brand new car in January, I wouldn't have believed it. Initially, I was skeptical when I got a call from Glo but by the time the second call came in and they all sounded very professional coupled with the fact that I visited the Gloworld near Cele Bus Stop where I did the verification and I saw the car parked there, I became convinced. Today I have received the car key and I am now a Glo ambassador. I will continue to convince all Nigerian People to join the Glo network. God bless Glo".

13 brand new Kia Rio cars have been won so far in the promo with thousands of subscribers also winning home appliances. At the Cele-Okota, Lagos, event, 66 other winners won household items including 23 television sets, 20 refrigerators, and 23 generators.

Generator winner, Allen Onyige, a television production executive based in Berger area of Lagos was full of appreciation to Glo. "I was actually trusting God for a new generator for my production work since last year, only for me to receive a call from Glo this January that I won a brand new generator. To God be the glory, this is a New Year gift from Glo. Now, I can go to work. More blessings to Globacom", he said just like Kafilat Rasaq, a 30-year-old businesswoman from Oyo State who won a refrigerator. "My family will enjoy the new fridge at home; I thank Glo and God for making my family happy", she disclosed.

In the same vein, Odunayo Balekan, a 42-year-old Engineer with Dangote Cement in Ibeshe, Ogun State, who won a plasma television set, said, "I will enjoy both my football games and Nollywood movies with my family on the new television set. I appreciate Glo and will make it my permanent network henceforth".

"You remain our pillar of strength and we will continue to give more value to our subscribers as they use their Glo lines", he said while the Zonal coordinator, National Lottery Regulatory Commission, Mrs. Priscilla Onuzulu, who also spoke at the event gave kudos to Globacom for always delivering on its promise to customers "Glo is a big brand and they have been compliant since the commencement of the promo. So far Globacom has done very well".