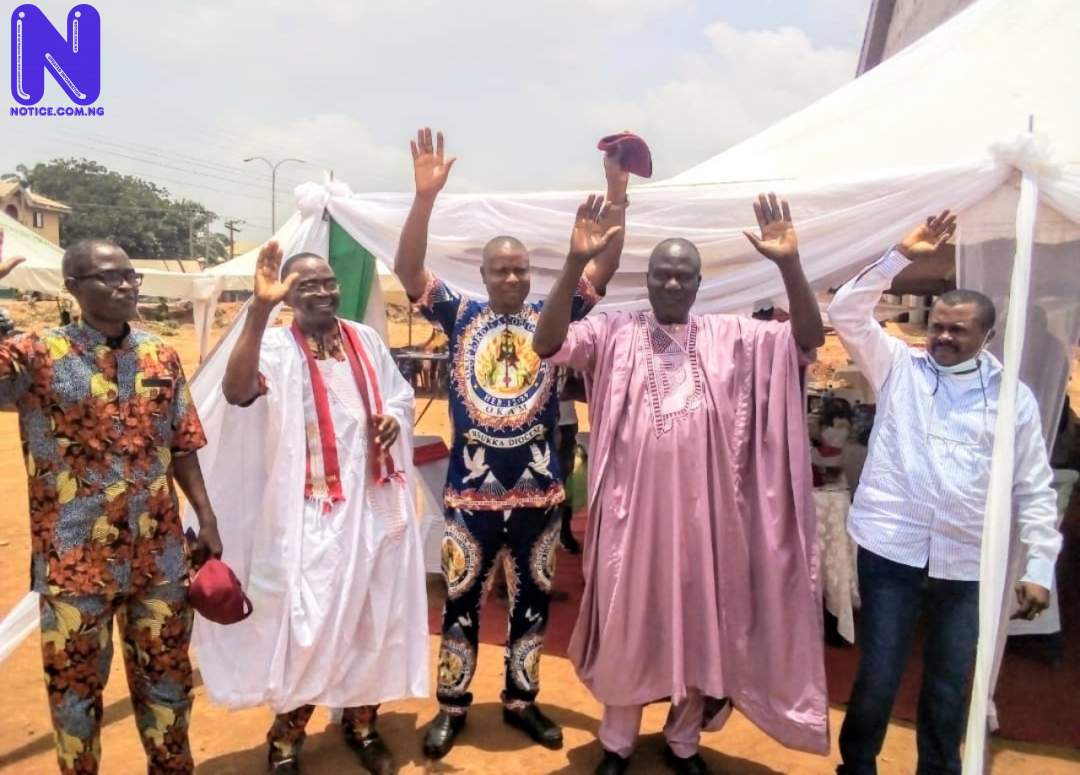 It was an atmosphere of joy as indigenes of Nsukka gathered in their numbers, weekend, and unanimously ended the age-long Osu caste system.
The event, which marked the end of all forms of discriminatory practices, had the Catholic Bishop of Nsukka Diocese, Rt. Reverend Professor Godfrey Igwebuike Onah, among others in attendance.
Press reports that it was a hearty celebration of total eradication of ‘Ohu n’Amu’ practice in Nsukka town, consisting nine autonomous communities.
Onah in his homily joined in denouncing the Osu caste system.
The event was under the auspices of Nsukka Town Union and the Initiative for the Eradication of Traditional and Cultural Stigmatization in our Society (IFETACSIOS), a non-governmental organization.
The Bishop said that it was evil for the society to discriminate against some individuals on the basis of Osu (outcast) and Ohu (slaves) in the 21st century.
He said that the church was fully in support of the decision by Nsukka town to finally put a stop to the practice.
“This is the first of its kind in the Nsukka cultural zone. There cannot be development amidst strife and discrimination. The Osu caste system needs to be eradicated to enable all members of the society to contribute their quota in moving the communities forward because we cannot make progress when we discriminate against ourselves,” the cleric said.
He also called for other communities within the Nsukka cultural zone to emulate Nsukka town by initiating steps to end harmful cultural practices.
In a remark, the traditional ruler of Nsukka Autonomous Community, HRH Igwe George Asadu said the Osu was a creation of humans not God.
“The segregation lives here on earth and not in heaven. Even the Bible upholds all humans as equal before God,” he declared.
He said with the eradication of the unwholesome practice, there would now be hitch-free intermarriage and equal economic rights.
Earlier, in his address, the President-General of Nsukka town union, Chief J.O. Onyeke said that it was unfortunate that discrimination had continued even in this part of the continent.
Onyeke said they were evident in the areas of denials of intermarriage and title taking, adding that “the consequences are restiveness and underdevelopment in all sectors of life.”
He noted that henceforth, nobody should be discriminated against, and that the right processes of integration had been followed in line with Nsukka custom, culture and tradition.
He also lauded the people for their firmness amidst persecution and hostilities in ending the obnoxious practice.
Also speaking at the occasion on behalf of the Initiative for the Eradication of Traditional and Cultural Stigmatization in our Society (IFETACSIOS), Nwada Maduagwu Stella Ogechukwu, expressed gratitude for the opportunity given to her organisation to partner with Nsukka Town Union, to eradicate and abolish all discriminatory practices.
She said that many individuals and sections of people had suffered extreme victimization and deprivation, emotional and physical torture as a result of the obnoxious practice of Osu caste system in various communities in Igboland.
She that most of these victims have been left to their fate without any empathy from the larger society.
Highlight of the ceremony was the administration of a mixture of salt and water, which signified the purification, on the chiefs, elders and traditional rulers from the nine communities in Nsukka.