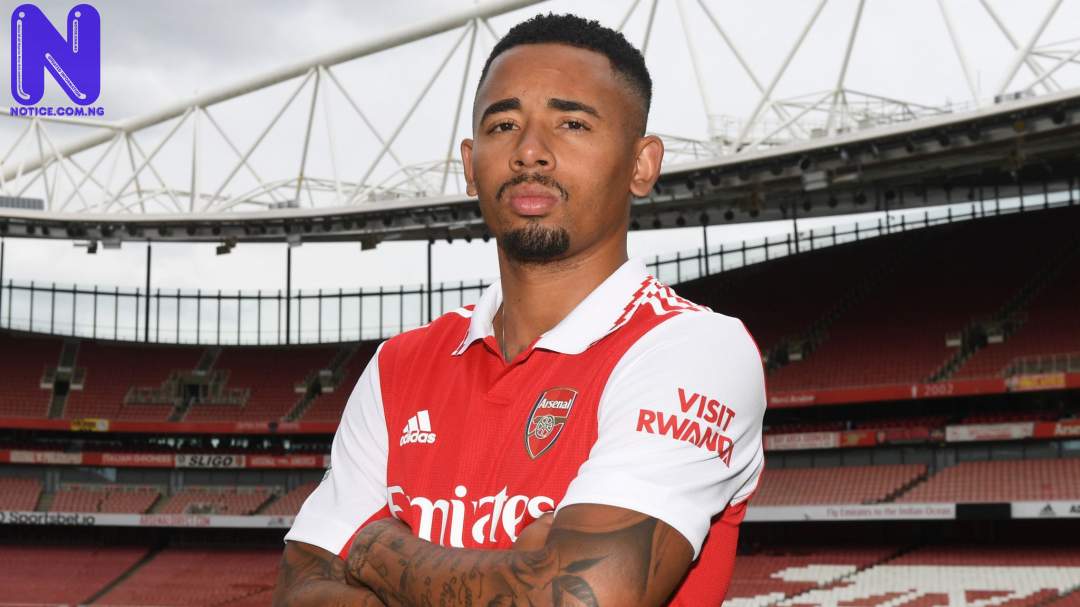 Arsenal striker, Gabriel Jesus, has given an update on the timescale of his return, telling UFC icon Khabib Nurmagomedov that he expects to be back in action for the Gunners around four or five weeks' time.

Jesus, 25, was watching from a box as Arsenal defeated Manchester United 3-2 in Sunday's Premier League tie at the Emirates Stadium.

Nurmagomedov was in the box next door and the two met for a chat at half-time.

Jesus is currently recovering from knee surgery after sustaining an injury during the 2022 FIFA World Cup in Qatar.

Jesus' return date has been a question on the minds of all Arsenal fans, with manager Mikel Arteta keeping his cards close to his chest.

However, the Brazilian international told Nurmagomedov that he should be back sooner than expected.