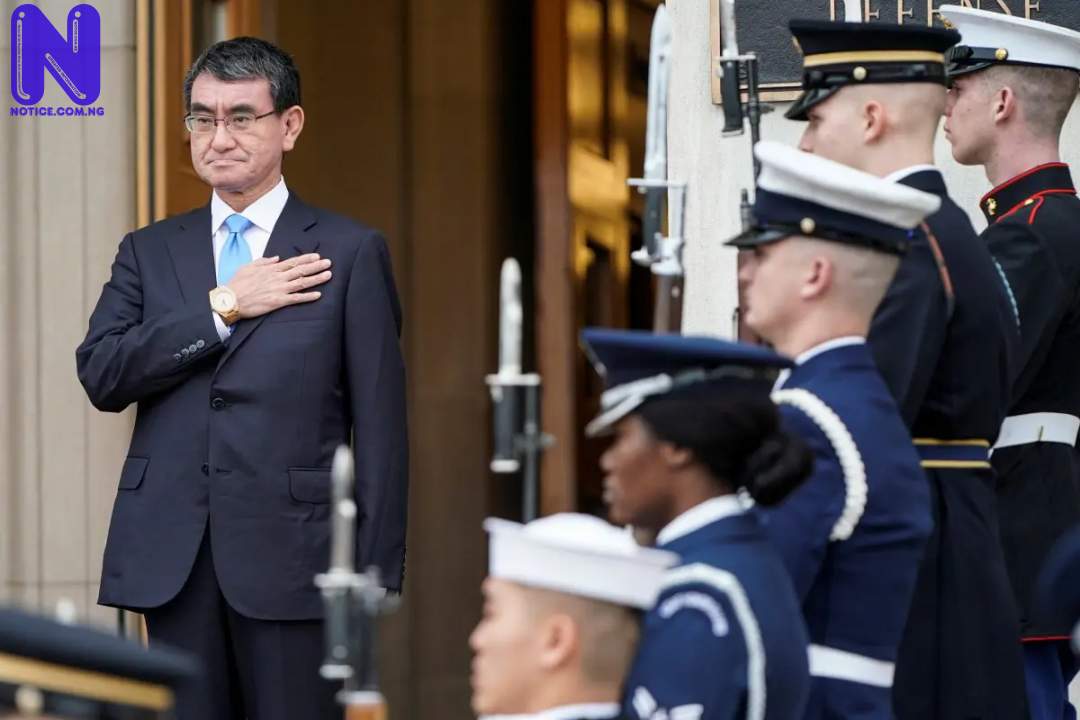 The Defense Ministers of Japan, Taro Kono and the U.S. Defense Secretary Mark Esper met at the Pentagon on Tuesday and discussed the situations in Iran and North Korea.

They also reaffirmed that the two countries will continue to work closely to strengthen the bilateral alliance ahead of the 60th anniversary of the 1960 revision to the Japan-U.S. security treaty.

Speaking at a joint press conference after their meeting, the US defense chief thanked his Japanese counterpart for “Japan’s decision to deploy its Self-Defense Force assets to the Gulf of Aden, the Gulf of Oman and the Arabian Sea.”

He was referring to the planned dispatch of a Japanese SDF unit to the Middle East aimed at ensuring sea lane safety in the region, As stated by JiJi Press, cited by Newsnow.

On his part, Kono pledged that Tokyo will “make persistent diplomatic efforts to ease the tension and stabilize the situation” in the Middle East.

The US defense chief added that the Japan-U.S. alliance “experienced a remarkable evolution over the past 60 years” and the bilateral relationship will “continue to be critical to our collective security and regional stability.”

The assassination of powerful Iranian army chief, Qassem Soleimani by the US government has escalated tensions in the Middle East.

Last Sunday, four Iraqi soldiers were wounded after eight Katyusha rockets were fired at the Al Balad airbase being the second time in less than a week.

READ ALSO >>> Military reacts to US warning - Al-Qaeda in Nigeria

Also on Tuesday Katyusha rockets were reportedly targeted at the Taji military camp, located north of Baghdad, housing US troops but no casualties were reported.