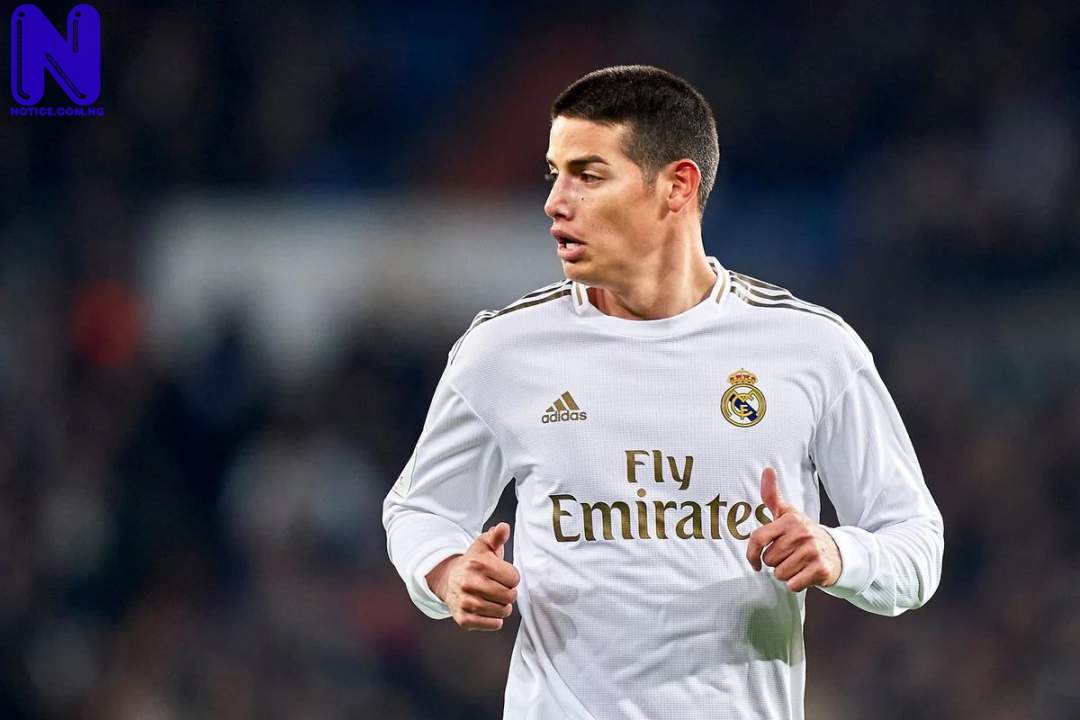 Real Madrid midfielder, James Rodriguez, has arrived in the city of Liverpool ahead of his move to Everton, SportsMail reports.
Rodriguez will join the Toffees on a three-year deal, reuniting with Carlo Ancelotti, who he worked under at both the Bernabeu and Bayern Munich.
The transfer fee is reported to be around £20million.
The 29-year-old flew into England last week and spent time at swanky Mayfair restaurant Babbo, which is owned by Arsenal stars David Luiz and Willian, late on Wednesday night.
Rodriguez will join up with the Everton squad after completing his medicals this week and will be Ancelotti’s second signing in a matter of days.
The Toffees completed the signing of Napoli midfielder Allan for a £21million fee over the weekend.