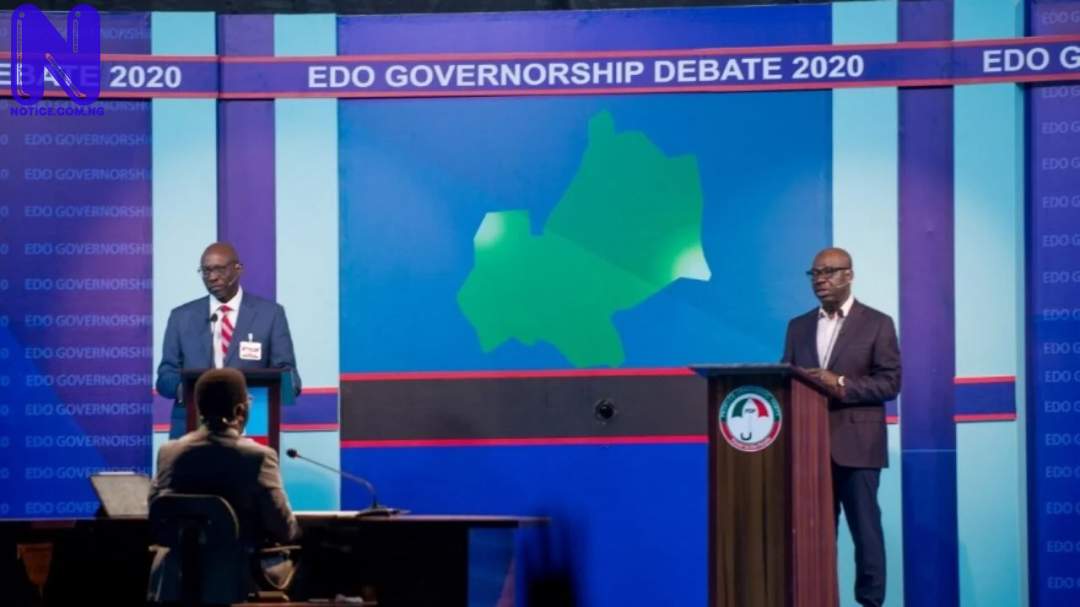 The All Progressives Congress (APC) governorship candidate for the Edo State election holding on Saturday, Osagie Ize-Iyamu, has claimed that the incumbent, Governor Godwin Obaseki, only donated N100,000 to Adams Oshiomhole’s campaign in 2008.
Ize-Iyamu stated this on Sunday, during a governorship debate organized by Channels Television.
Oshiomhole ruled Edo State from 2008 to 2016 and campaigned for Obaseki in 2016, when he contested against Ize-Iyamu, who was the candidate of the Peoples Democratic Party (PDP) at the time.
Obaseki claimed that Oshiomhole did not have money to prosecute his ambition back in 2008, so he and some friends supported him.
“I put together plans for his administration and for eight years, I worked pro bono to make him succeed,” Obaseki said.
But Ize-Iyamu dismissed the claims, saying Obaseki did not have enough resources to influence Oshiomhole’s victory.
“When I heard that he claimed that he raised the money, I laughed. And the first time I saw Oshiomhole after a long time, I asked him. The reality is that the money Governor Obaseki brought for Oshiomhole’s election, his own contribution was N100,000.
“We know how we raised money for Comrade Adams Oshiomhole’s election. So, I’m surprised that in public like this, we can continue with a lie that was meant to dress you up for political acceptability,” Ize-Iyamu said.

DO YOU KNOW >>> What will happen if Oshiomhole, Tinubu continues to be godfathers says Obaseki - Edo elections