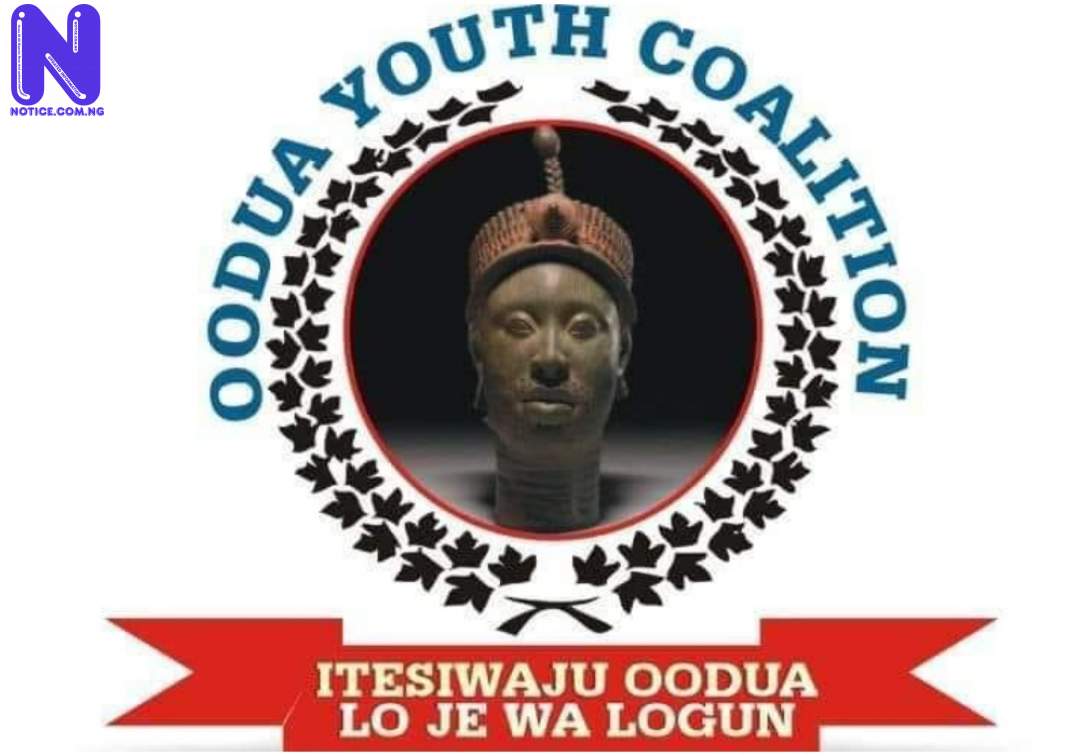 Following the spate of insecurity in the country, President Muhammadu Buhari has been urged to rise up to the occasion as the Commander-in-Chief of the Armed Forces.

A Yoruba youth group, which made the call on Thursday over the incessant attacks by bandits, maintained that governors must also develop strategies to curb the continuous attacks on banks and bullion vans by gunmen.

The group known as Oodua Youth Coalition while reacting to the recent attack by bandits at the Nigeria Defense Academy, NDA, Kaduna and the brutal killings in Jos, as well armed robbery attacks in some South West States, particularly Ondo State, stated that there is the need for urgent proactive measure to arrest the situation.

In a statement signed by its National President, Oluyi Akintade Tayo and its National Publicity Secretary, Oluwagbemiga Ajongbonlo, the group said that the insecurity situation portends negative signal to the Nigerian populace and international community.

The statement partly read “It is with utmost sense of proactiveness and great concern to the sustainability of our preserved peace as a Nation, that the Oodua Youth Coalition calls on the President of Nigeria, Gen. Muhammad Buhari to, as a matter of urgency, provide the Nigerian Military the necessary institutional and moral support to arrest the heightened insecurity challenges confronting the country.

“We call on the President, as the Commander-In-Chief of the Armed Forces to, as a matter of emergency, order a background check on infiltrators, identify betrayal amongst the Force, unite and support the patriots in the Nigeria Armed Force as he declare war on bandits steering the calm water of the country.

“We, in spite of that, call on the Southwest Governors to wake up to the reality of growing cases of robberies in the region and faction out how to collaborate with necessary stakeholders to arrest the situation. Bank robberies, which has claimed the lives of innocent citizens, have been recorded more than once lately in Ondo, Oyo and Ogun State. It is important the necessary attention is given to the situation before it becomes the new normal.