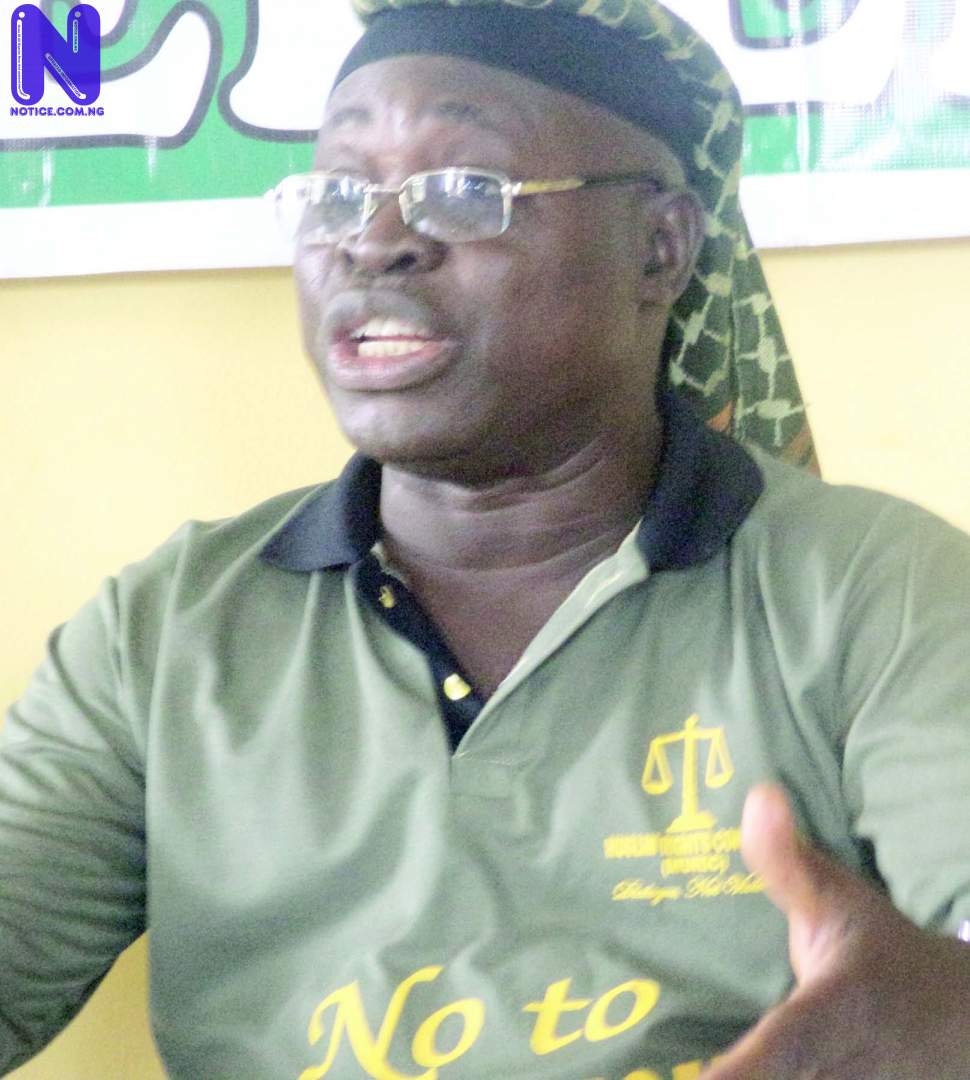 All is said to have been concluded as the church plans officially to inaugurate YORNCA on Wednesday, 28th July, 2021 and a letter of invitation has been sent out to guests.

The letter was said to have leaked and is now circulating on social media and MURIC noted that such an act will give the impression that the agitation for the establishment of Oduduwa Republic is a Christian agenda.

The Islamic human rights group, therefore, called on the Christian Association of Nigeria, CAN, in Yorubaland to prevail on the leadership of the Power Apostolic Church International to shelve the inauguration plan.

In a statement signed by the group's director, Professor Ishaq Akintola, on Monday, MURIC described the inauguration plan as reckless, immature and an attempt to put the cart before the horse.

The group said, "We assert that the inauguration of an organisation that bears the name of a non-existent ‘nation' is, to say the least, reckless, infantile and an attempt to put the cart before the horse. Which one should come first, the ‘nation' or the organisations that will be formed within it? The group said.

"Do we have a Yoruba nation already? Has the Nigerian Constitution which describes the country as ‘one indivisible and indissoluble Sovereign Nation' been amended yet? Can you build an illegality on an illegality? Can you build something upon nothing? YORNCA or whatever it calls itself should therefore wait. It cannot exist in a vacuum.

"MURIC pays special attention to the last sentence in the last paragraph of the letter of invitation where the organizers gave the reason for forming the organization (YORNCA) : ‘The reason being that, it is now we can catch our Land for the Lord. Shalom!'

"We find this sentence worrisome. Because it presupposes that the real motive behind the agitation for a Yoruba nation is to ‘catch' Yorubaland ‘for the Lord'. Well, the cat is now out of the bag. All the noise about marginalization is therefore mere smokescreen intended to deceive Yoruba Muslims in particular and the general public in general.

"So the question must be asked by rational people. Is the Yoruba nation project a Christian agenda? If not, the Christian Association of Nigeria (CAN) should call the Power Apostolic Church International, Ojoo, Ibadan, to order. We are aware that CAN had earlier dissociated itself from all kinds of separatist and insurrectionist projects. That puts CAN in the right position and gives it the moral right to call any church which is promoting chaos to order.

"For the avoidance of doubt, MURIC does not consider the Yoruba agitators as enemies. But we disagree with their methods. They are becoming overzealous and they can only make things worse for the same people they claim to be fighting for. They must eschew violence, threats, blackmail, subterfuge, false propaganda, intimidation and coercion.

"For the records, we reiterate the questions posed by MURIC to Afenifere and other Yoruba groups in our press statements of 16th April, 2021. We asked Afenifere and Yoruba agitators, ‘What do you have in stock for Muslim children and women? What is your plan for hijab? Is it as dictated by CAN? Is there any provision for civil shariah which Yoruba Muslims have been demanding for ages? The response of the agitators to these questions will go a long way in determining their readiness to tolerate Muslims or it will only confirm the plot to continue oppressing us.'

"The above were the questions we asked Afenifere and other Yoruba groups four months ago but no response has been given to date. Then out of the blues came this letter inviting guests to the inauguration of a new version of CAN in the yet to be realized Yoruba ‘nation' claiming ‘…it is now we can catch our Land for the Lord. Shalom!'