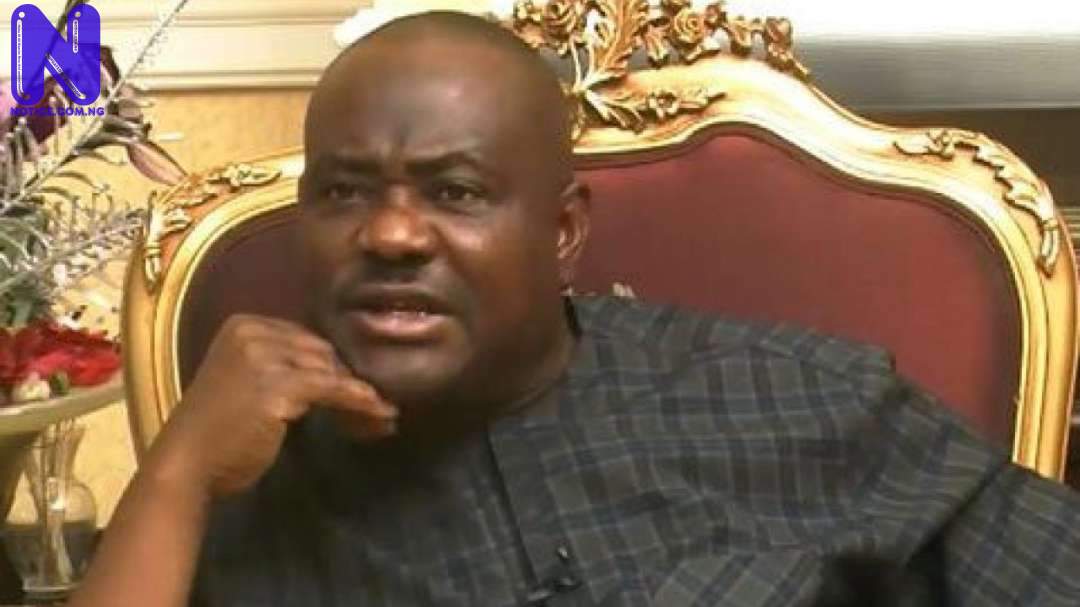 The Muslim Rights Concern, MURIC, on Thursday lambasted the Rivers Governor, Nyesom Wike for declaring the state a Christian State.

Wike had during a crusade organized by the Lord’s Chosen Charismatic Church in Port Harcourt, River State capital a few days ago declared Rivers a Christain State.

Reacting to the declaration, the Islamic human rights organisation called on stakeholders in the “Nigerian project” to call Wike to order.

In a press statement signed and forwarded to Press by its Director, Professor Ishaq Akintola, the organisation described the governor’s statement as audacious, unguarded and reckless.

The statement reads: “At a time when Nigeria is facing religious and ethnic crises, a Governor still has the temerity to declare his state a Christian state. Wike is short in intellect, long in impunity. It is not his first time of making this pronouncement. We ignored him the first time because we did not want to dignify him with a response. But he has just exposed himself as an analogue governor with a triangular approach to all problems: religion, violence and impunity. Wike cannot think outside this triangular box.

“At a time when religious fanaticism is on the rise and the authorities are cautioning Nigerian People to be moderate, a Governor is running loose with reckless statements like, ‘I repeat once again without apologies, Rivers is a Christian state. That is why nobody can touch us’.

“This is nothing but articulated demagoguery. It is audacious, preposterous and myopic. It is also a dangerous precedent. Nonetheless, Wike’s statement must also be seen as meaningless unless he can establish Canon law for his ‘Christian State’. That is the challenge we like to throw at Governor Wike. He should promulgate canon law without any hesitation, otherwise, all his boasts amount to nothing. They are empty.

“Is Rivers the only state with Christian majority? Wike should learn from the moderate stance of the governors of Cross Rivers, Delta, Enugu, Anambra, Ebonyi, etc on the issue of religion. Wike is perpetuating a culture of acrobatic religiousity. He is playing on the intelligence of the good people of Rivers State and lending credence to Karl Marx’s view of religion as opium of the people. He is brandishing state-sponsored religiousity to cover his gross ineptitude.

“The spate of crime in Rivers State is an indictment on Wike. Cult-killing is on the rise. Kidnapping has become an obsession. Youth restiveness is everywhere in the state. But all these are by-products of mass unemployment. This is what Wike should face.

“He should be thinking of empowering the youth. Where are the roads built by Wike? What is the state of Rivers’ schools? Are there drugs in the hospitals? What are the rates of infant and maternal mortality in Rivers State? Port Harcourt is one of the most expensive places to live in Nigeria. How can Wike bring relief to the residents? It is high time Wike focused on governance and stopped propagating motor-park doctrine, manifesting ‘agbero’ faculty and exhibiting ‘bolekaja’ mentality.

“Nonetheless, Wike’s statement must also be seen as meaningless unless he can establish Canon law for his ‘Christian State’. That is the challenge we like to throw at Governor Wike. He should promulgate canon law without any hesitation, otherwise, all his boasts amount to nothing. They are empty. Wike’s Christian state is a red herring.

“Where is Wike’s constitutional backing? Section 10 of the 1999 Constitution of the Federal Republic of Nigeria clearly prohibits state religion. It says, ‘The Government of the Federation or of a State shall not adopt any religion as a State Religion.’ Wike’s declaration is, therefore, ultra vires. It is null, void and of no consequence whatsoever.

“It is illegal, unlawful and unconstitutional for any governor to declare his state a Christian or an Islamic state. For the avoidance of doubt, a clear difference must be seen between Wike’s declaration and the introduction of Shariah in parts of the North. The state legislatures of states where Shariah was introduced followed due process. The governors did not just wake up one day and make arbitrary declarations.

“In any case, there is also a world of difference between declaring a state an Islamic state and merely introducing Shariah to be used by the Muslim population. That is why several parts of the United Kingdom, the United States and some Western countries have introduced Shariah for their minority Muslim populations without necessarily declaring those countries Islamic nations.

“But where are the secularists? Where are those who claim that Nigeria is a secular state? Why is it that only Muslims are taken up when they make declarations bordering on religious particularism? Why are they silent now? Is this not selective judgement? Must we always behave a la Animal Farm? Our self-righteous public commentators and human rights lawyers would have brought heaven down if any Muslim governor made a similar statement. Why are we like this? Who placed a curse on Nigeria? Well known critics who fail to speak on Wike’s recent pronouncement should bury their heads in shame.

“Before we take a break, we remind Governor Nyesom Wike of Rivers State that specialisation necessitates division of labour. He should, therefore, concentrate on governance which is the job for which he was elected and leave evangelization and fire-brand crusade to Christian clerics. Wike should improve the security situation in order to attract investors and tourists. We appeal to stakeholders in the Nigerian project to call Wike to order.”