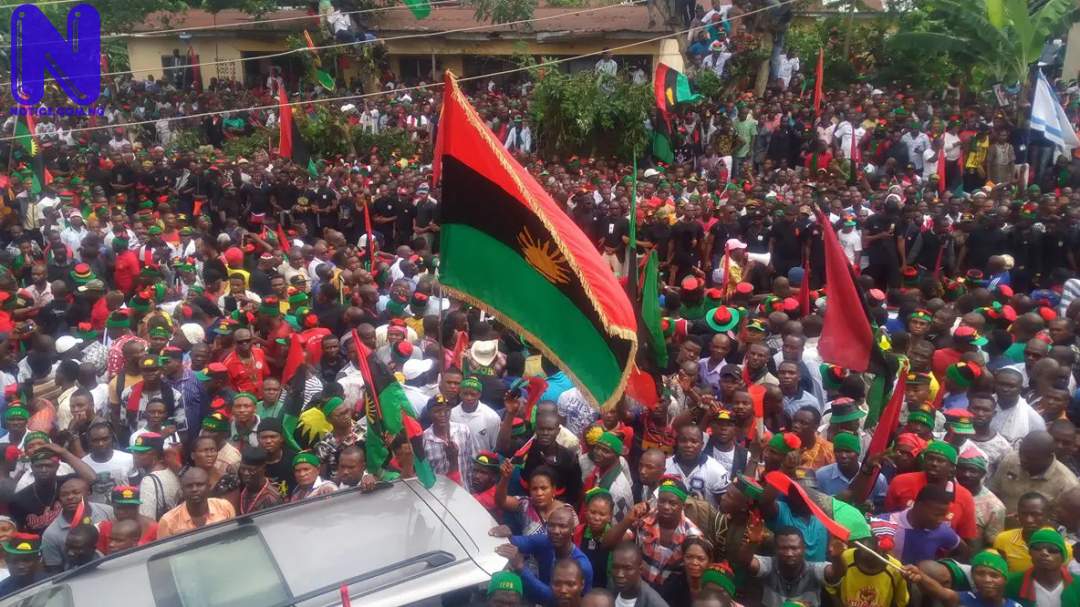 The Indigenous People of Biafra, IPOB, on Thursday, denied claims that its members killed 128 security operatives in Imo State.

Powerful, in a statement, said the allegation was a move to tarnish the image of IPOB.

“The above statement is not only fabricated but ridiculous and untenable. How could IPOB that is not armed be able to kill as many as 128 security personnel in one state? What an illogical and ridiculous claim!

“This is nothing but one of the antics of our oppressors to tarnish our global reputation and whip up public sympathy.”

The separatist group claimed that those in authority wanted to use the allegation as a “smokescreen to justify ” their intended crackdown on its members.

IPOB reiterated the group’s peaceful disposition towards the actualization of Biafra.

The group pointed out that it would inform the public if it decides to adopt violence in its push to actualize Biafra.

“For the record, IPOB did not kill any security personnel in Imo or any state for that matter. IPOB has been a peaceful movement since its inception with the sole mandate of restoring Biafra.

“We have not changed our non-violent philosophy for the restoration of Biafra. If for any reason we need to change our peaceful approach, we shall make the same public but for now we have not gone into arms struggle, and don’t intend to.”

Meanwhile, President Muhammadu Buhari had vowed to mobilize the military and police against IPOB and the Eastern Security Network, ESN.

Buhari had issued the warning during an interview on Arise Television on Thursday.

Responding, IPOB had said Buhari’s threat would only make it stronger.

The group insisted that it was not afraid of Buhari’s threats.