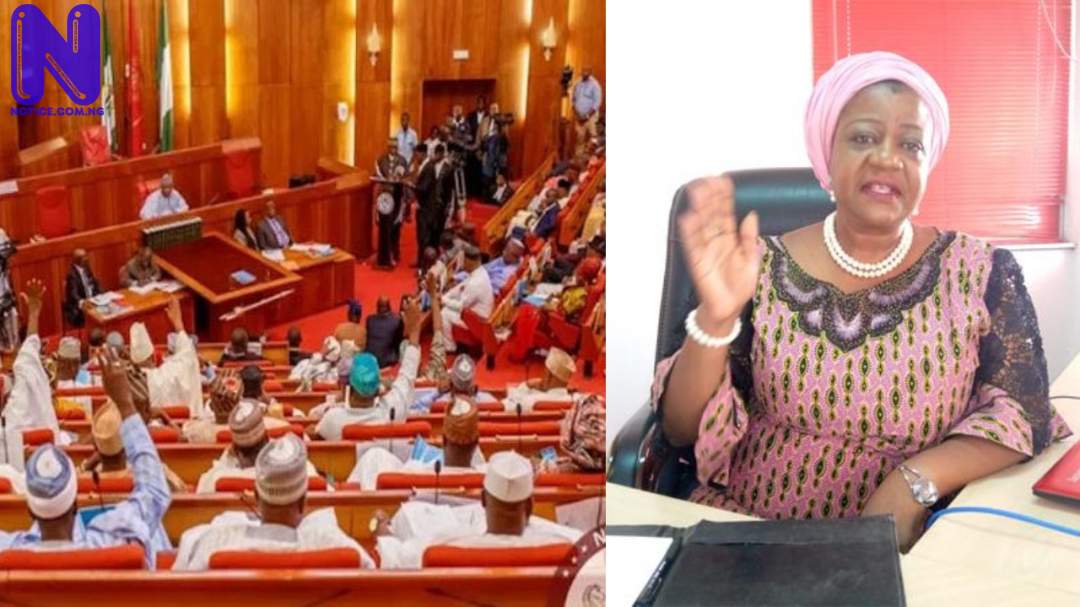 An advocacy group, Vanguard for Transparent Leadership and Democracy, VATLAD, have called for investigations into claims by a Senator that Mrs May Ogbamuche Mbu was nominated as an INEC representative for Cross River State and not for Delta State.

While lauding the Senate for rejecting Ms Lauretta Onochie as a National Commissioner for INEC on grounds that her nomination violates the Federal Character Principle, the group said it was worried that sources now claim the Senate was wrong in its decision.

The group alleged that a Senator had claimed his investigations into INEC records revealed that May Ogbamuche Mbu was nominated by the President to represent Cross Rivers and not Delta State.

The National President, VATLAD, Igbini Odafe Emmanuel, in a statement said it was imperative for the Senate to urgently investigate the controversy and resolve the matter for the sake of truth and justice.

The VATLAD President maintained that the only grounds the group would accept the Senates decision is if it is proven beyond doubt that Delta State already has a serving National Commissioner of INEC in the person of Mrs May Ogbamuche Mbu since Delta State alone cannot fill two slots.

The statement said, ”We are also more appreciative of the Senate for agreeing with us that besides this Federal Character Principle, the nomination of Ms Lauretta Onochie did not at all violate the provisions of Paragraph 14 2(a) of the 3rd Schedule of Part 1 of the First Alteration of the 1999 Nigerian Constitution, as amended, contrary to claims by the PDP and Civil Society Organisations who have been misleading Nigerian People to so hold against her.

”We also wish to reiterate and state for the record that the above-stated paragraph 14 (2a) did not make mention of membership of a Political Party as a ground for non-qualification of any Nigerian for appointment as National Commissioner of INEC.

The group claimed it would amount to discrimination against Ms Lauretta Onochie in clear violation of her Fundamental Human Right guaranteed by section 42 of the 1999 Nigerian Constitution, as amended if the senate had succumbed to the campaigns against her simply because she is an unrepentant strong supporter of and believer in Buhari or a member of APC.

”This is because we hold very strongly our reasonable suspicion that all past and present Chairmen, National Commissioners and State Resident Electoral Commissioners have been or are covertly or overtly partisan. We have challenged all of them to publicly deny this but they never did” the statement claimed.

”Can any one of them publicly deny that he or she has never been or not a Strong Supporter of a Party, Cause, or Person, Nigerian, secretly or publicly?”