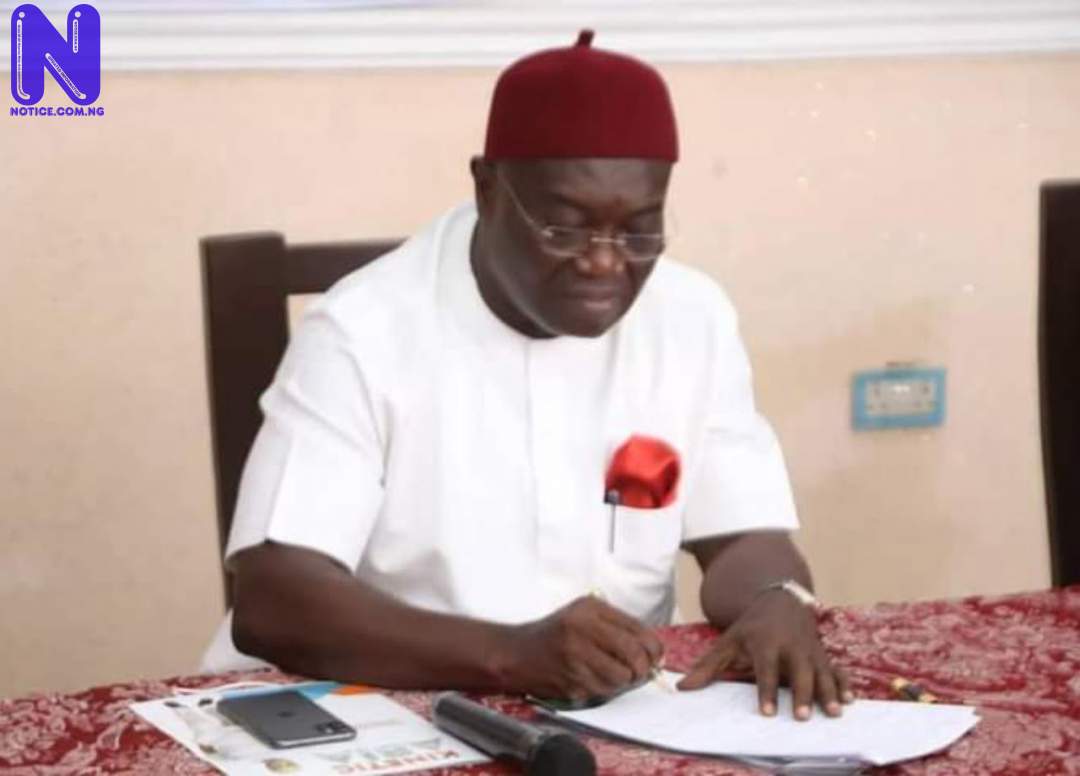 The Governor of Abia State, Okezie Ikpeazu, has called on the media to rise to the occasion as governments at all levels search for an end to the myriads of security challenges threatening the unity and peaceful coexistence of Nigeria.

Ikpeazu also called on the media once again to be circumspect and install effective internal professional checks and balances in crime reportage.

The Abia Governor made the call in his keynote speech delivered at the National Conference of the Nigerian Union of Journalists (NUJ) held in Port Harcourt, Rivers State on Monday.

He reminded the media that it has a responsibility to save the country by de-escalating the reportage of the activities of criminal elements.

According to Ikpeazu, “Our newspapers and other media stories are dominated by narratives from those benefiting from this crisis who seek an escalation of hostilities for their nefarious objectives.

“The Media has a duty not to amplify those voices and not to undertake their task for them. If someone says the sky is brown, it is not for the media to report verbatim that A said the sky is brown.

“The Media also have a role to fact-check and see for themselves the actual colour of the sky; if not, you are helping propagate falsehood and division.

If you are fighting insecurity and criminal elements, the oxygen with which they thrive is propaganda and reportage of their activities so the Nigerian Media needs to decide to what extent they want to continue being the propagators of the actions of criminal elements.

“The media has a responsibility to save this country by de-escalating the reportage of the activities of criminal elements. I am not advocating for a media blackout on criminality. Far from it, I am only saying that the Media should help us by not offering exposure and propaganda outlets to criminal elements. The way we are going, I am afraid that we are playing into the hands of those who are profiting from the crisis situation in the country”.

Continuing, Ikpeazu stated, “the Media has also unwittingly promoted label-culture and stereotyping such that people from certain groups are labeled collectively as a result of the actions of a few and there is a haste to ascribe crimes to them because the public has been led to believe that they are the ones who commit certain types of crimes.

“This is an ill-wind that will note bode well for us in our quest for national unity. Security agencies must be given the chance to conduct investigations and come out with official reports before we ascribe crimes to their perpetrators.

“The practice of reporting crime and criminal activities with assumed suspected perpetrators will only cause further division among us and perhaps, exonerate the real culprits. I call on the media once again to be circumspect and install effective internal professional checks and balances in crime reportage," Governor Ikpeazu concluded.