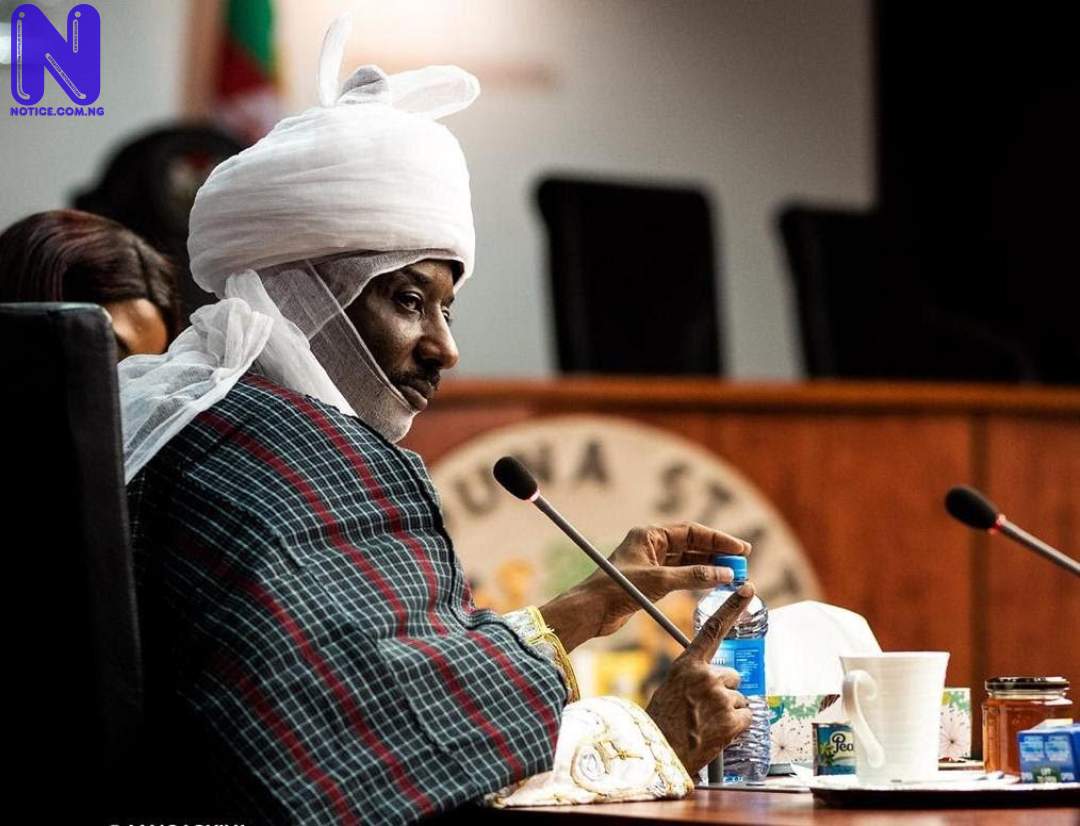 Ex-Emir of Kano, Sanusi Lamido Sanusi on Thursday, visited Adamawa State to meet with members of the Tijjaniyya Islamic sect over the increasing insecurity in the country.

The Emir said the security situation imposes on him the task of touring the country to meet his members where they are.

Sanusi Lamido who is the leader of the sect in Nigeria, explained in Yola, that a meeting would have been convened for all members across the country to meet, but that summoning members to travel from around the country to the venue of such meeting is risky owing to heightening security challenge.

The Tijjaniya sect Khalifa in Nigeria whose first point of call upon arriving Yola on Thursday was the Lamido Adamawa’s Palace in Yola, told the Lamido, Muhammad Musdafa, that he was in the town for the continuation of his countrywide tour to save members the risk of travelling to a central meeting place.

“I am here for Tijaniyya Movement. I came to interact with my people as their leader,” he said, adding that he had earlier been to Ibadan (South West) and Lokoja (North Central) and that he would use the opportunity of his visit to Yola to condole with the family of the late elder statesman, Ahmed Joda.

The Ex-Central Bank governor and then Emir of Kano was appointed by the Tijjaniyya Movement as its new Nigerian leader in March this year.

His appointment, in spite of that, raised some opposition in some quarters of the movement which his emergence existed in two factions, but his leadership was rectified in May and was handed the mandate to sustain unity in the sect’s community around the country.

Asserting his leadership of the sect while addressing the Lamido Adamawa, Sanusi Lamido Sanusi stressed that he is the undisputed leader, the person that members of the Tijjaniyya Movement decided should be their leader.

He reiterated the same issues when newsmen got him for a brief chat as he emerged from the Lamido’s Palace, but would not respond to a request for general comment on the insecurity currently threatening public life in much of the country.