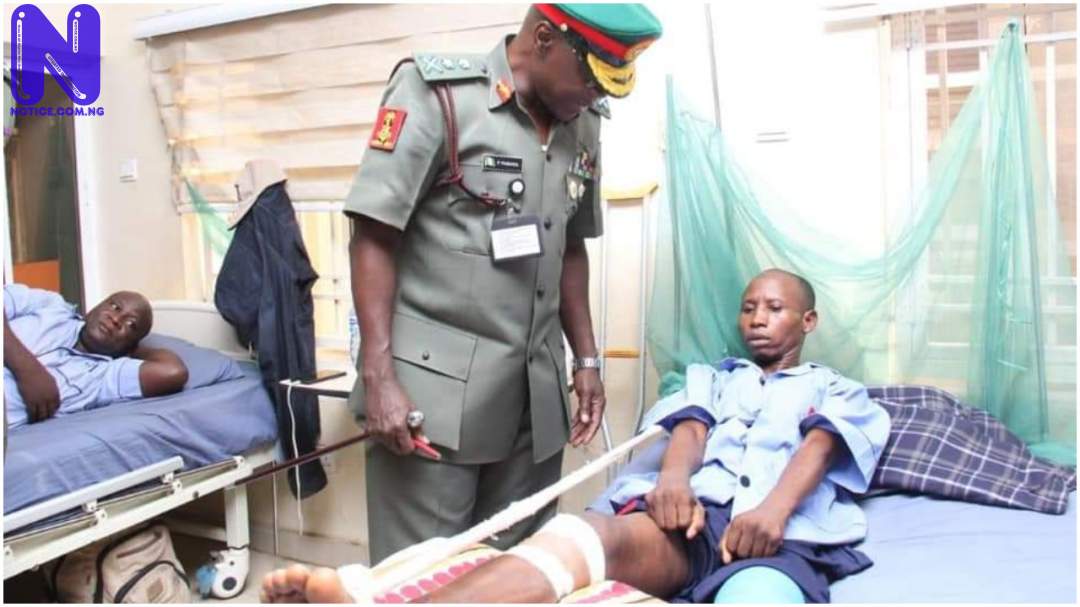 A Nigerian soldier is receiving commendations for saluting the Chief of Army Staff, Lt Gen Faruk Yahaya, while on his sick bed.

The injured trooper was captured paying respect, even in distress, when Yahaya visited wounded forces at the 44 Nigerian Army Reference Hospital in Kaduna on Thursday.

Press observed social media users are posting the photo which they say depicts the huge respect military personnel accord their superiors.

In his remarks, the COAS thanked the officers and men for their sacrifice to the nation and assured that the Army will adequately take care of them.

Yahaya disclosed that all arrangements have been concluded for personnel that require medical treatment abroad.

Those who require plastic surgery, prosthetics, among others will be flown out of Nigeria.

The Army chief announced plans to build a state-of-the-art facility in the hospital for the production of prosthetics.

The General said efforts on this have been heightened in partnership with some foreign experts from Germany.

The Chief Medical Director of the hospital, Colonel Steven Onuchukwu, led Yahaya round the wards.