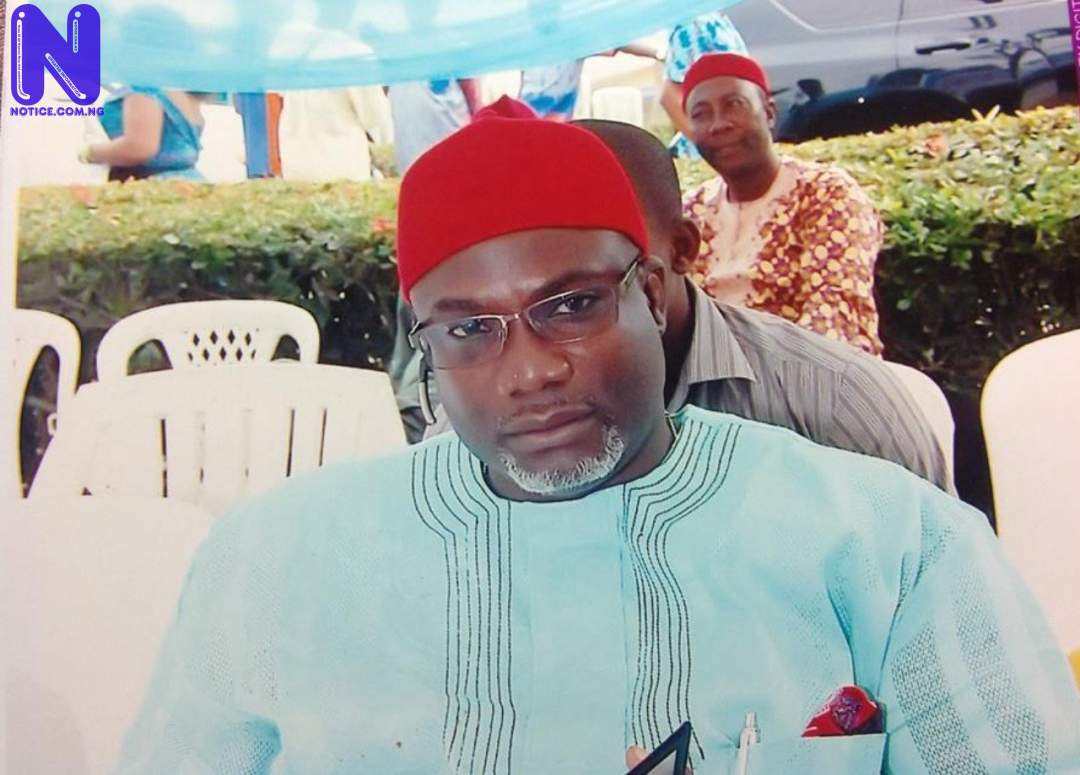 Chief Emeka Kalu, a Ex-Governorship Aspirant from Abia and chieftain of the Peoples Democratic Party (PDP), has frowned at the recent rejection of the electronic transmission of election results in the electoral reform bill.

He stated that the rejection of the electronic transmission of election result by the both chambers of the national Assembly has exposed and interpreted the level of political decay and backwardness in Nigeria.

The party stalwart also regretted that the nation’s electrical body, the Independent National Electoral Commission (INEC) is gradually fading away its independence on the altar of party sentiment and gross selfishness of those elected to make laws for the good of the country and her citizenry.

In a statement issued to Press in Umuahia, on Monday, Emeka Kalu urged the leadership of the National Assembly to reverse its rejection of electronic transmission of election results in the electoral reform bill so as to allow INEC collate and transmit results direct to her centrally mounted server without the approval of National Assembly or the tactical adjudgement

He partly stated, “According to the wordings of the bill passed on Thursday and Friday of last week by both wings of the National Assembly, it reads” INEC may consider the electronic transmission of results provided the national network coverage is adjudged to be adequate and secure by the NCC and approved by the National Assembly.

“Now, could you see the nomenclature “adjudged” and the undue attachment of NCC and National Assembly to approve? The same National Assembly members who voted selfishly to kill electronic transmission, the same set of law makers who would be running from pillars to post in their respective electoral wards will reconvene in Abuja to approve transmission for INEC. Then I ask, where is the common sense of fairlplay in the mentality of both chambers to have accepted this sort of guerilla bill that could kill Nigeria due to its bad omens?

“To oppose free transmission of results is to oppose growth of democracy; it shows and interprets the level of political decay and backwardness in Nigeria. In our private entrepreneurship, when you fail to replace awkward management polices with new innovative ones,your business are bound to be backward. It generalizes the fact that as Nigeria has chosen to ferry on an awkward bill to beget a bad Act as Law, she should all be prepared to encounter continued electoral crisis, thuggery, killings and other forms of decadence because the bill is a pure scam and pollutant to the people of Nigeria. Promoters of this anti democratic drive must be prepared to reap the fruits of ills and disarray for the very reason that the seed sown by them must give replica fruits in turns.

“In the heat of all these trouble bags suppressing the elbow of this country, the National Assembly still developed the temerity to pass a bill capable of dragging our nascent democracy to the mud, the results would never be a joyful one. Every action we take in turns produces equal reactions, Isaac Newton. For the sake of transparency, free and fair elections, National Assembly must work to reverse this very bill to allow INEC collate and transmit results direct to her centrally mounted server without the approval of National Assembly or the tactical adjudgement or whatever jagoon it may be termed for NCC regulatory involvement. Bad examples shown today would be the footsteps our future generations will tread on”.

In the meantime, th Independent National Electoral Commission (INEC) has insisted it has the capacity to transmit election results electronically from remote areas across Nigeria.

Okoye said, “We have uploaded results from very remote areas, even from areas where you have to use human carriers to access.

“So, we've made our own position very clear, that we have the capacity and we've the will to deepen the use of technology in the electoral process.