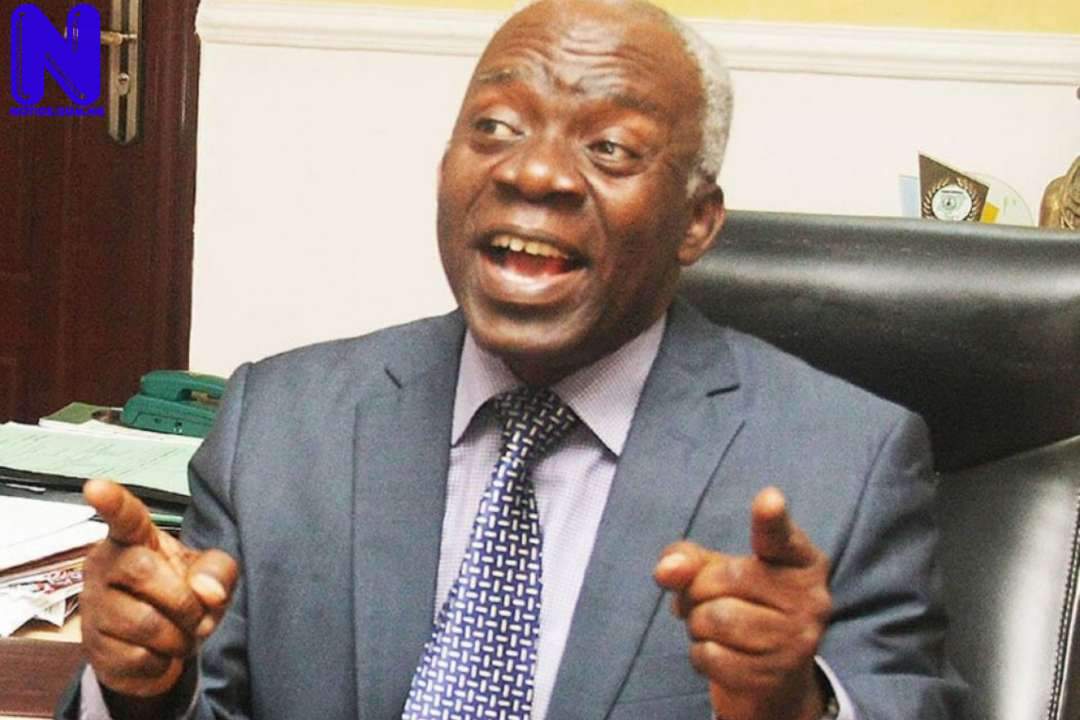 Despite President Muhammadu Buhari’s refusal to sign the amended Electoral Act, a human rights activist and Senior Advocate of Nigeria (SAN) Chief Femi Falana has said that under the present Electoral Act, the Independent National Electoral Commission (INEC) can introduce electronic voting if it so wishes to strengthen the electoral regime.

He said, “Section 52 of the Electoral Act of 2010 had prohibited the use of electronic voting, but by the amendment carried out on the 27th March, 2015, that provision was removed and INEC was then given the power.

“That voting at an election shall be in accordance with the procedure determined by INEC.

“For us that omnibus power has empowered INEC to introduce electronic voting.

Falana who was the chairman of the occasion, explained further that, “As a matter of fact when the Supreme Court held that the use of Card Reader was not allowed by law, I had to come out with this provision, which was not cited in the proceedings before the court.

“And since then, we have been using Card Reader, and I’m of the opinion that if INEC want to resort to electronic voting, it is possible under the current electoral regime”, he stressed.

Press recalls that the Electoral Act was amended by the 8th National Assembly, but the President refused to sign the bill into law.

Delivering his keynote address with the theme: “Strengthening Election System in Nigeria Building Citizens Trust, a Panacea to Good Governance”, a Legal Scholar and a Senior Advocate of Nigeria (SAN), Professor Dakas CJ Dakas, said, “The mode of appointment of the election managers, there has been a number of proposals that have been put on the table about what needs to be done.

Dakas said, “As it is now, the mode of appointment of the Chairman of INEC, NECs and RECs is essentially a political process; and we need to find mechanisms through which we can insulate that process and bolster the framework through which these election managers emerge; so that it inspires a lot more confidence in the electoral system.

“If you don’t have election managers whose credibility you can vouch for, then it becomes very easy for the political class to manipulate and bribe their way into the system; so the integrity of the election managers is extremely important.

“We need to insulate the election managers from political manipulation and strangulation, even in financial terms.

“Sometimes INEC complains not only about the money that is approved, also the delay and at the end of the day the electoral umpire will have to work against time in order to deliver a credible election.

“And I’m glad that its beginning to catch up with the political class; take for example in Zamfara and Rivers States, political parties whose candidates were adjudged to have won elections, but the Court said no, it incidentally handed victory to all the people that came second.

“And I hope that the political class would learn from that experience and strife to engender internal democracy in their parties”, he stressed.