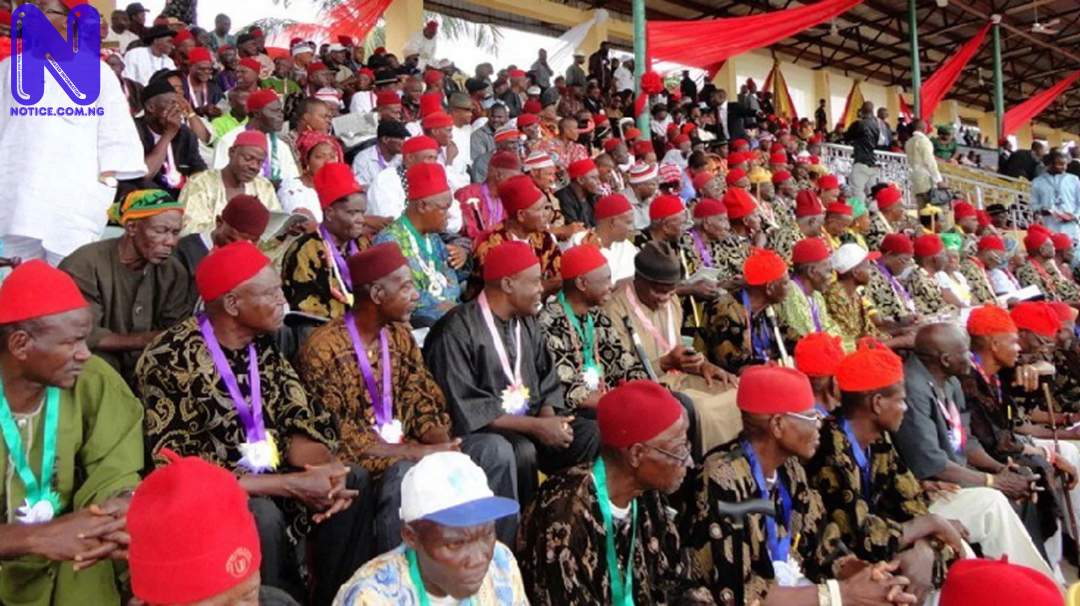 A factional Deputy President-General of Ohanaeze Ndigbo, Dimm Uche Okwukwu had advised Ndigbo against taking part in any election being organized in Imo State in the name of Ohanaeze Ndigbo.
This is coming after Okwukwu was elected alongside others at a parallel Ohanaeze election, which was held in Enugu on Saturday, under the Prince Richard Ozobu election committee.
Another election is underway in Imo State, being conducted by the Chief Garri Igariwey committee.
But in a statement he made available to Press on Sunday, Okwukwu said the tenure of Chief Nnia Nwodo-led executive had expired and that as such, it lacked powers to spearhead an election.
His statement read: “The Ohanaeze Ndigbo Worldwide has received credible information to the effect that Chief Gary Igariwey, who had in the last two weeks purportedly claimed to chair a non-existing Electoral Committee, EC, is about to organize an election in Owerri, Imo State, with the aim of announcing an illegal National Executive Council, NEC, we therefore wish to inform the general public that:
“The Igariwey committee is illegal, null and void. It is a subject of litigation before an Umuahia high court and we urge Ndigbo to completely disassociate themselves from such illegality. Any action, commission or omission, by the Igariwey-led committee is of no consequence. Whatever emanates from it cannot stand the test of time.
“In my Ex-position as Secretary General before the midnight of 9th January 2021 when my term constitutionally expired, I repeatedly said any Imeobi, NEC, Council of Elders or General Assembly summoned by persons other than me was illegal, null and void.
“What is frightening today is that a purported election is being conducted after the 9th January 2021 expiration of the term of office of the Ex-NEC. One wonders what the Igariwey charade is all about? How can an election be conducted after the expiration of term of office? Even the Nigerian state does not conduct election outside the term of office of an executive. If what is about to happen in Owerri had happened in the larger Nigeria, Ndigbo would have condemned it.
“I call upon Ndigbo to rally round their newly elected President General, Engr Chidi Ibeh, and members of his NEC. His emergence, against threats of ostracism and violence, is a true testament that Ndigbo are a free people with the capacity to decide who leads them.
“We congratulate all Igbos, particularly those who mistakenly bought forms from the Igariwey committee to contest for offices, particularly the office of the President General, PG, and who for the greater interest of Ndigbo withdrew from the election in the face of overwhelming irregularities. We congratulate Dr Joe Nworgu, Chief Chris Asoluka and Professor Chidi Osuagwu. These men of honour will be remembered when the history of Ndigbo is properly written.
“Finally, my deepest gratitude goes to the highly efficient Global Igbo Leaders for the great role it played in seeing that Igboland remains stable without violence. I must mention Prof Uzodinma Nwala of Alaigbo Development Foundation (ADF); Prof Anthony Ejiofor and Dr Festus Okere of World Igbo Congress (WIC) USA; Dr Nwachukwu Anakwenze, Chief Christian Onuorah and Chief Oliver Nwankwor of Igbo World Assembly (IWA) Worldwide and Prof Chika Moore and Ngozi Odumuko of Nzuko Umunna (USA and Nigeria).
“Ndigbo recognize the immense contribution of Ben Allison of Ndi Igbo Canada; Luke Nwannunu of Ekwe Nche USA; Barr Austin Okeke and Mazi Obi Okoli of Igbo Board of Deputies Worldwide and Barr Alex Coker Ezeamakam of Council of Igbo Communities UK. We are proud of Ogbuefi Delly Ajufo of Aka Ikenga Nigeria; Mazi Obi Okoli of Council of Igbo Leaders UK; Chief Oliver Nwankwor and Barr Alex Coker Ezeamakam of European Igbo Communities (EIC) Europe and Mazi Amadiebube Mbama of Council of Igbo States in America (CISA) USA.
“It is not true that after the 1929 Aba Women Riots, the Igbo woman turned her back on politics. Iyom Josephine Anenih and Mrs Regina Amadi of Nkata Ndi Iyom Igbo (Nigeria and Uk) are resolute in advancing the Igbo interests. I thank these great amazons; including Mrs Joy Ukaegbu and Mrs Eunice Onwuamaegbu of One Voice UK; and Mrs Amaka Agabi of Women Support and Mediation Group UK.”