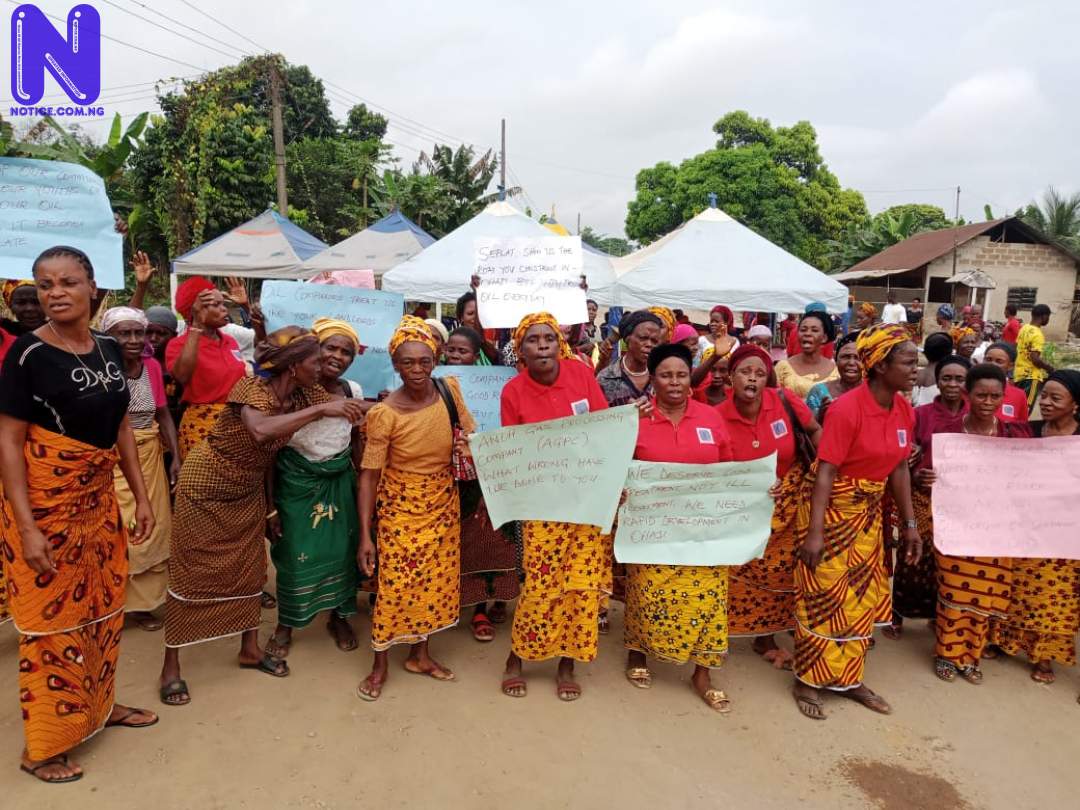 Youths and women from 19 oil-rich communities in Imo State have complained of neglect and are demanding compensation from oil exploration companies domiciled in the communities.

They were seen carrying placards with inscriptions such as "Oil companies, treat us like your landlords or get a quit notice", "Enough of oil company injustice" and "Develop our communities or leave our land."

President of the youth group, Mr Victor Amadi, said that the communities had suffered underdevelopment since oil exploration activities began in the area in 1958.

He also said that efforts made by the people to seek compensation from the oil companies had yielded no positive results.

"The entire state and Nigeria at large, are beneficiaries of the large deposits of oil and gas in our land, yet we have no electricity, good roads, health facilities, skill acquisition centres or employment opportunities for our teeming university graduates.

"We are tired of empty promises and we call on the oil companies to match their promises with action," he said.

Speaking, the Women Leader, Mrs Scholarstica Opara, said that the lack of good roads had resulted in the loss of farm produce which they were unable to transport to markets in Owerri, the state capital, leading to huge financial losses.

She added that some of the women had died during childbirth due to a lack of health facilities, as the people were exposed to water and environmental pollution from the exploration activities of the companies.

Also, Mr Daniel Okonji, a patron of the youth group, said that efforts had been made by the communities to seek government intervention but without any results.

He called on the state government to assist the communities in attracting compensation from the companies.

On his part, the Vice President of the youth group, Mr Jephthah Okwudili, who advised the youths not to allow themselves to be used against one another, said that the communities would continue to dwell peacefully with the companies if their demands are met.

Reacting, the spokesperson of the Imo State Oil Producing Areas Development Commission, Mr Darmian Opara, said that As stated by the Federal Government's exclusive list, payment of royalties to host communities was a duty of oil companies.

He, in spite of that, said that the commission had built primary schools and health facilities in some of the communities including Asaa, Obile, Awara and Ikwerede, with ongoing construction of another primary school at Asaa.