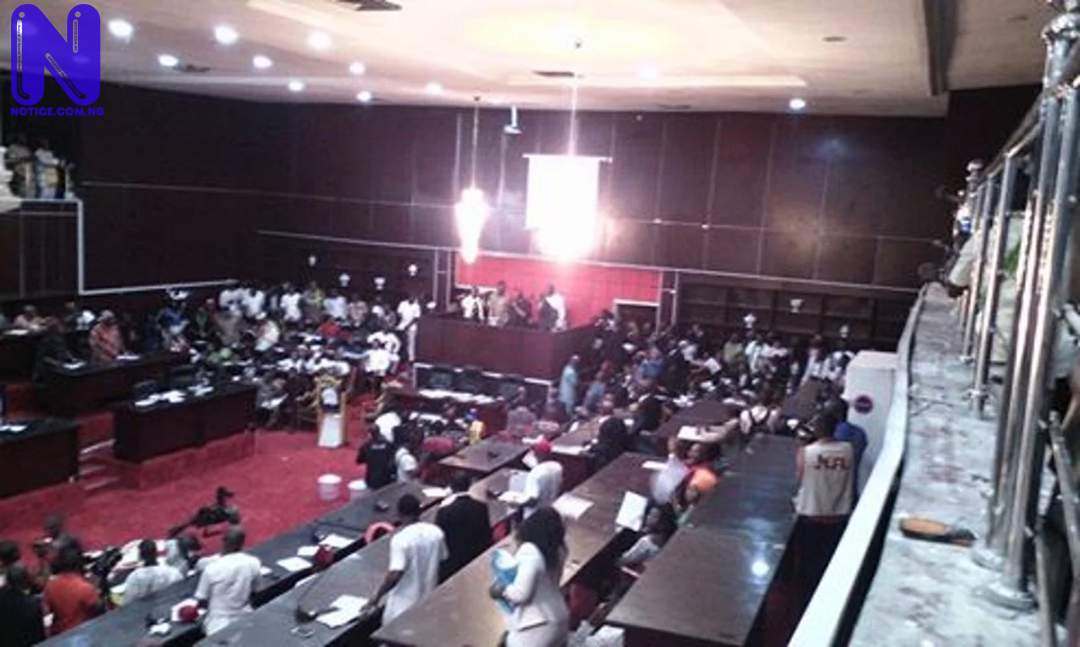 The Speaker of Imo State House of Assembly, Mr Paul Emeziem (APC Onuimo) has announced the removal of Mr Uche Ogbuagu (APC Ikeduru) as the Majority Leader of the House.
The speaker also announced that Ogbuagu would be replaced by the member representing Owerri West, Mr Kanayo Njoku (APC ).
He made the announcement at the plenary of the House on Thursday.
He also said that APC members in the House declared support for the state Gov. Hope Uzodimma for his “capacity and sagacity’.
“After a meeting of the APC caucus of the Imo House of Assembly, the members declared unalloyed support for Gov. Hope Uzodimma for his capacity and sagacity in the leadership of the APC and the state at large.
“We also want to notify the House that Uche Ogbuagu is now a Ex-Majority Leader, while Kanayo Onyemaechi is the current Majority Leader,” the speaker said.
The House has adjourned sitting until March 9.
Meanwhile, the Ex-Majority Leader, Uche Ogbuagu said that he would soon make an official statement on his removal, appealing to his constituents to continue to be calm and resilient.