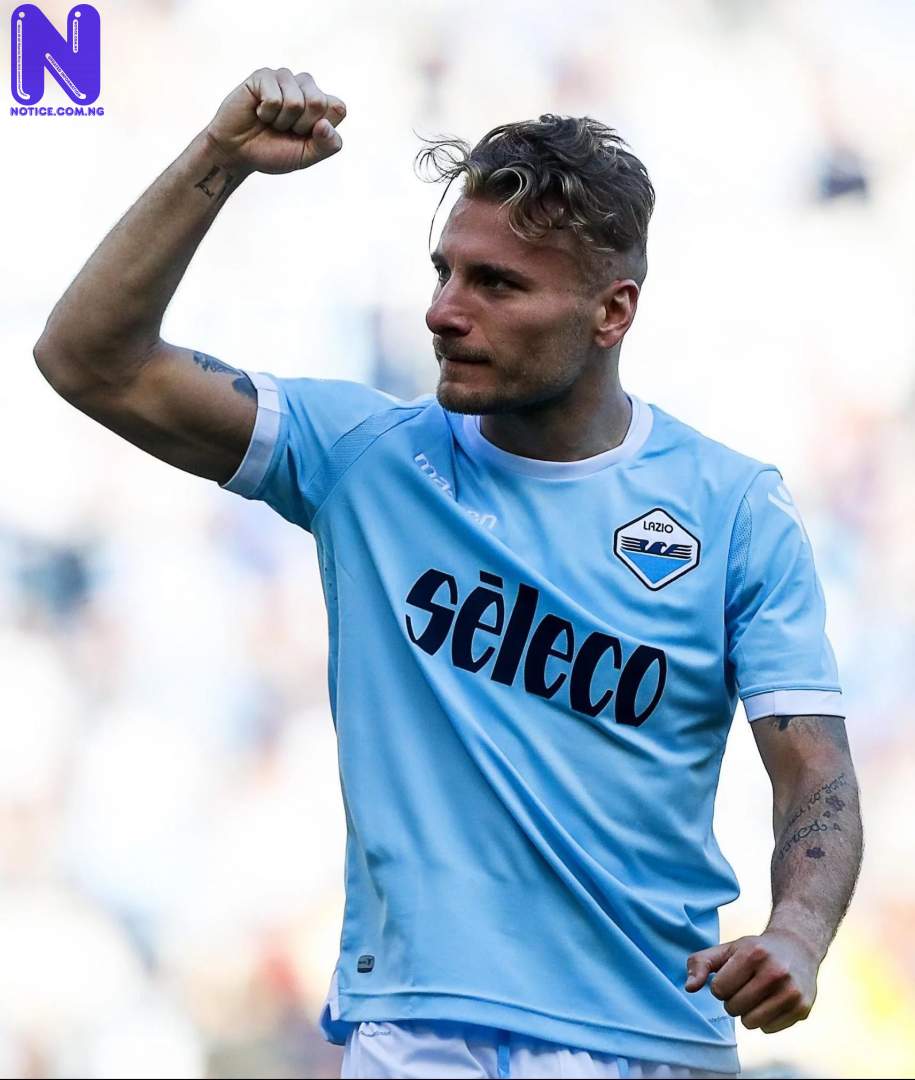 Lazio striker, Ciro Immobile, has won the European Golden Shoe award for this season.
Immobile was confirmed as winner, after Juventus manage,r Maurizio Sarri chose to rest Cristiano Ronaldo out of his squad for their final Serie A clash.
This is the first time that the Italian striker has won the award.
He takes it from Barcelona captain, Lionel Messi, who netted 36 goals in the 2019/2020 campaign.
Immobile scored 36 goals in Serie A this season, five more than Ronaldo.
He finished the campaign with a record-equalling 36 goals in Serie A, after he found back of the net in their 2-1 defeat at Napoli on Saturday night.
Bayern Munich’s Robert Lewandowski finished in second place after his 34 Bundesliga goals.