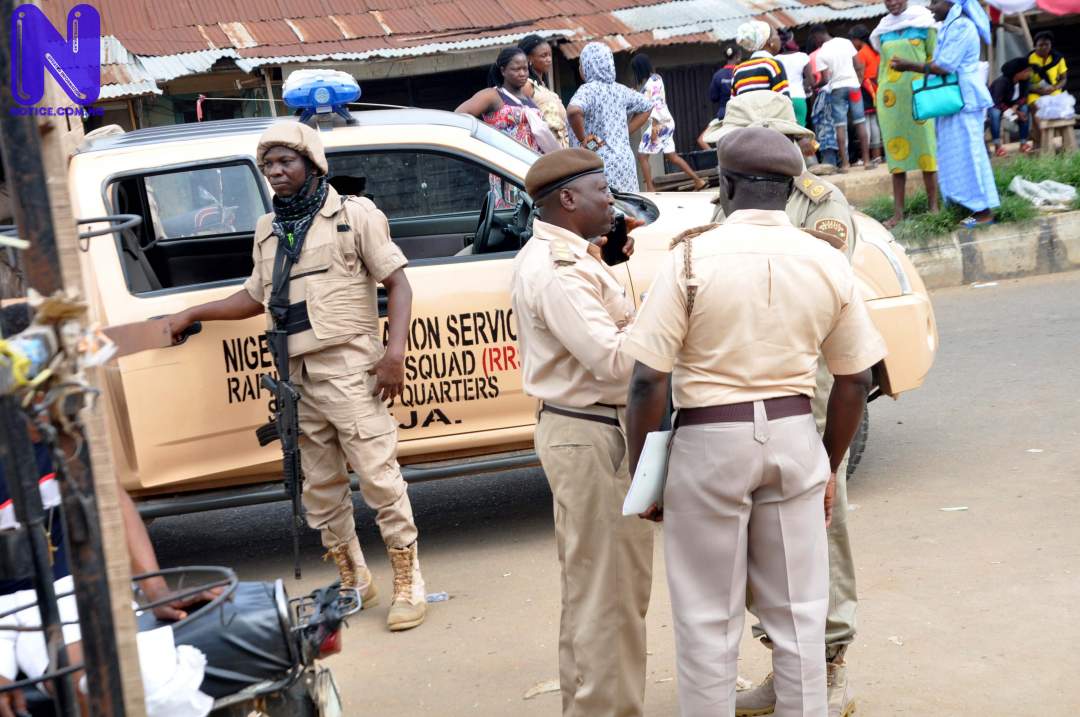 Head of the Service at the border, Mr. Ndubuisi Eneregbu, who confirmed the arrest, said the fourth suspect was at large.

In a press statement in Calabar, Eneregbu said the three suspects were two Nigerian People while the third is a Cameroonian migrant.

DO YOU KNOW >>> Four killed, 7 injured in Bauchi accident

The third is said to have confessed to being a member of the Ambazonia separatist group, fighting in southwest Cameroon for independence.

The NIS boss further explained that the suspects were intercepted at the weekend on a motorcycle with arms and live ammunition, believed to be heading towards Cameroon.

“The suspects were found with a small bag containing incriminating items such as one barrater pistol, one locally made pistol, three live ammunition, charms and one Tecno BC3 Android phone.

"According to them, they were four and that the fourth person, currently at large, left them with the bag containing the incriminating items.

“Preliminary investigation revealed that one of the suspects, the Cameroonian, is a member of the Ambazonia separatist group in the Republic of Cameroon.

"The three suspects along with the incriminating items have been handed over to the Divisional Police Officer in Etung Division, Etung Local Government Area of the state for further investigation," he added.

Eneregbu assured that since he resumed duties, there have been efforts to curtail illegal activities within border communities.

The Comptroller said, “The command initiated regular stakeholder meetings with traditional rulers of all border communities to enhance synergy and enshrine trust.

“When I came on board this command, my team and I paid courtesy visits to all the traditional institutions within the communities under our command.

"We did that because we understand the need for synergy between security agencies and the communities.

“No security agency can tackle insecurity alone without the support of the community as a whole," he stated.

He indicated that despite certain logistics challenges, the officers and men were prepared to apprehend anyone found perpetrating illegalities and sabotaging the economy of the country.