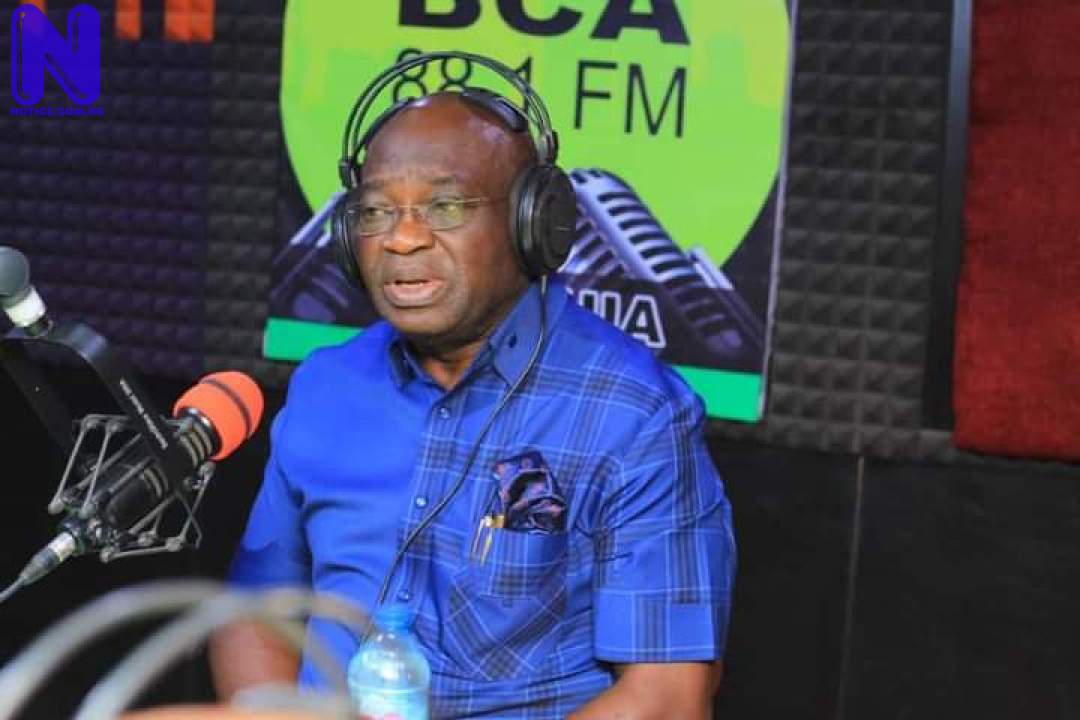 Governor Okezie Ikpeazu of Abia State says despite the economic challenges confronting the nation, his decision to harness the ingenuity and creativity of Abians is gradually paying off as the God's Own State remains the SMEs capital of the nation.

The Governor stated this while featuring in a political programme on the state’s owned radio station, BCA and monitored by Press on Tuesday.

Governor Ikpeazu noted that since assumption of office in 2015, his administration has focused on prioritizing what is best for the people, hence, the reason he pays attention to Aba, which, as the commercial nerve centre, is the State’s hen that lays the golden egg.

The governor noted that he hopes to see an Abia free from dependence on federal allocation based on the revenues that can be generated from the Enyimba City if the right developmental structures are fully put in place.

According to him, “In the next twenty to thirty years, my vision is that we have a state that will no longer be going to Abuja for allocation and if that is to be possible, then we need to begin to do something intentional about the economy of the state and economic activity around the economic nerve centre which is Aba; that is why we have decided to pay such attention to the place.

“We also decided to mainstream those things which we can do better than other people and it is clear now that we are the best’, ” he declared.

Continuing, the Governor said, “Abia has remained the SME capital of Nigeria since the Vice President, Prof Yemi Osibajo pronounced us so in 2016 based on requisite economic indices. Abia also won an award for being in the top 5 among other States of the federation in the Ease of Doing Business category, while we were Number 3 in the Foreign Direct Investment category, third only to Lagos and Abuja as recently as February.

“Even those who do not like us have come to realize that the narratives have changed. Today, when you introduce yourself as an Abian, you can no longer be associated with Osisikanku. No, you will more likely be associated with what you can do in terms of shoes, bags, or the garments, the beautiful dresses we wear, or a resilient entrepreneur, or a potential one; someone who works, somebody prepared to make contributions to the economic growth of this country”.

The Governor further emphasized that criticisms make him do more, little wonder the state has benchmarked its average in terms of performance, higher than the national average, and expressed confidence of leaving Abia better than he met it.

On education, the Governor explained that Abia’s narrative is strong enough to stand on its own, revealing that his administration has built over 650 classroom blocks, 4 model schools; established a Teacher Continuing Education Centre that trains and retrains teachers, and has maintained a leading position in education which he described as a no mean feat. In his words, “the icing on the cake is that this government is sending 50 young Abians abroad for higher education on our overseas scholarship scheme despite the inflation in the nation’s economy. Ordinarily, nobody thinks about sponsoring overseas scholarships in such a situation but we celebrated the receipt of visa for 18 of our youths going to Australia and another 10 going to India, that is 28, for further studies, and we want to make it up to 50 before the end of this year.

“Meanwhile, this first batch of 28 or 30 of them will be traveling very soon, as soon as these countries open their borders in response to the COVID situation”, he said.

The State Chief Executive assured that the Engineering and Pharmacy Departments, with over 15 buildings, of Abia State University, located at Osisioma Aba will begin lectures before the end of the year, noting that the development will surely rub off on the state’s economy.

Governor Ikpeazu also revealed that the School of Health Technology project ongoing at Obingwa will be ready before the end of his administration.

On health, he said the state’s intervention through the tele-health scheme was published in the UK as a novel and ingenious strategy to deepen health care delivery. He said over 800 Primary Health Centres of the State are connected to Government House through a central system and access is made with the touch of a button for quick response to health emergencies. The Governor also added that the state is one of the 6 in Nigeria that keyed into basic health care funds where mothers who deliver at the state’s primary health care centres don’t have to pay and yet get birth packs and a token to go home with. He promised that better things will happen in the sector before the end of his administration with a one stop health shop on the way.

On Ngwa Market reconstruction, Governor Ikpeazu said the decision to reconstruct the market was informed by the need to save the people from impending danger as traders were beginning to spill over to the streets and blocking major roads in the process. He said the rebuilding of Ariaria and Eziukwu markets will follow soon to achieve the same objectives.

The Governor promised that no Kobo will be taken from the owners of the shop, rather, an inconvenience allowance will be paid to them for the displacement suffered while the reconstruction lasted and that no existing shop owner will be denied relocation of their shops.

“Our intervention in Osusu and Omuma will improve trading in those markets. We have completed Osusu with cement technology, we are also doing same at Omuma Road, both of which connect to Ariaria and other major economic centres of Aba”, he said.

The Governor attributed the relative peace experienced in Abia to God’s grace, saying “unless the Lord watches over a city, in vain do the watchmen stand guard”.