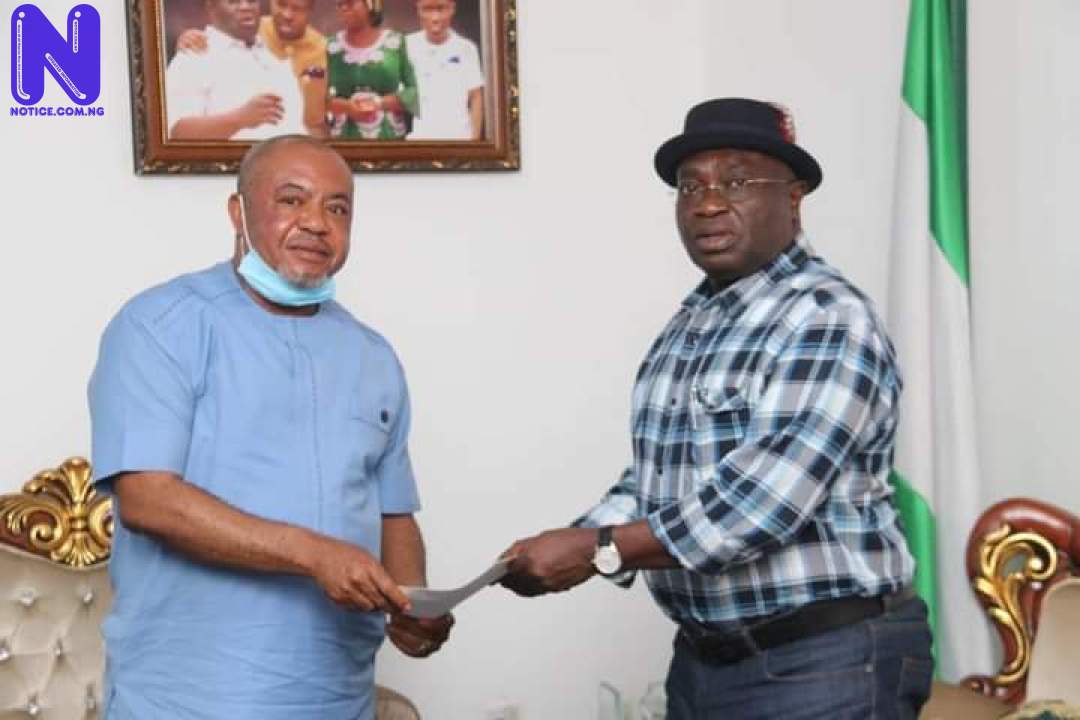 Abia State Governor, Okezie Ikpeazu, has assured that his administration will continue to provide support and assistance to the Business Community at the NNPC Depot at Osisioma to ensure that it continues to render its supply services to the State and entire South East region.

The governor, who disclosed this while receiving a delegation of the Depot Community comprising of executive members of Independent Petroleum Marketers Association of Nigeria (IPMAN), the Petroleum Tankers Drivers (PTD) and the Independent Marketers BRANCH (IMB) at the Governor’s Lodge Aba said that the State Government recognizes the relevance and strategic roles the Depot plays in the State and National economies.

He said that the desire of his administration to reconstruct the Osisioma – Eke Akpara – Owerrinta Road with rigid Pavement technology up to Eke Akpara was to give the Petroleum dealers a conducive business environment that will facilitate their operations and regretted that the Federal Government decision to take over the project has delayed the progress of work on the road. The Governor regretted that all his efforts to convince the Federal Government to allow him to do the road at least up to EkeAkpara were rejected.

Abia'll partner NNPC to ensure free flow of petroleum products - Gov Ikpeazu Ikpeazu who noted that he has held several meetings with the NNPC Management on how to ameliorate the plight of the Petroleum dealers promised to continue to sustain his engagement with the Management of the PPMC assuring that he will soon visit with PPMC headquarters with a made up of members of the Unions to drive home their request.

He appealed to the management of the NNPC and PPMC to treat the Osisioma Depot as a special case because it is the only functional petroleum depot in the entire South East region.

The Abia Chief Executive encouraged them to remain peaceful towards sustaining the operation of Aba Depot and promised to donate a vehicle that will assist keep watch over the Pipelines against vandalism.

Earlier in his speech, the leader of the delegation and Chairman IPMAN Aba Depot – Prince Bobby Dick said their visit was to appreciate the efforts Governor Ikpeazu has shown in their well being and growth of their businesses especially the move to reconstruct the Osisioma- Eke Akpara – Owerrinta Road as he did on the Osusu and Ehere roads among other roads project executed in the State and regretted the delay in executing the project as a result of the decision of the Federal Government to take over the project.

NNPC reacts as fuel scarcity hit Abuja He appealed to the Governor to intervene on the deplorable road that has been jeopardizing their business, pressurize the NNPC to regularly provide the Aba Depot with the 3 major Petroleum products- petrol, diesel and kerosene to enable other states in the region access them, protect the Pipelines against vandals by paying the security men as at when due as well as upgrade the equipment and facilities in the Depot noting that the depot which was built in the late 1970s was overdue for an upgrade of its operational equipment.