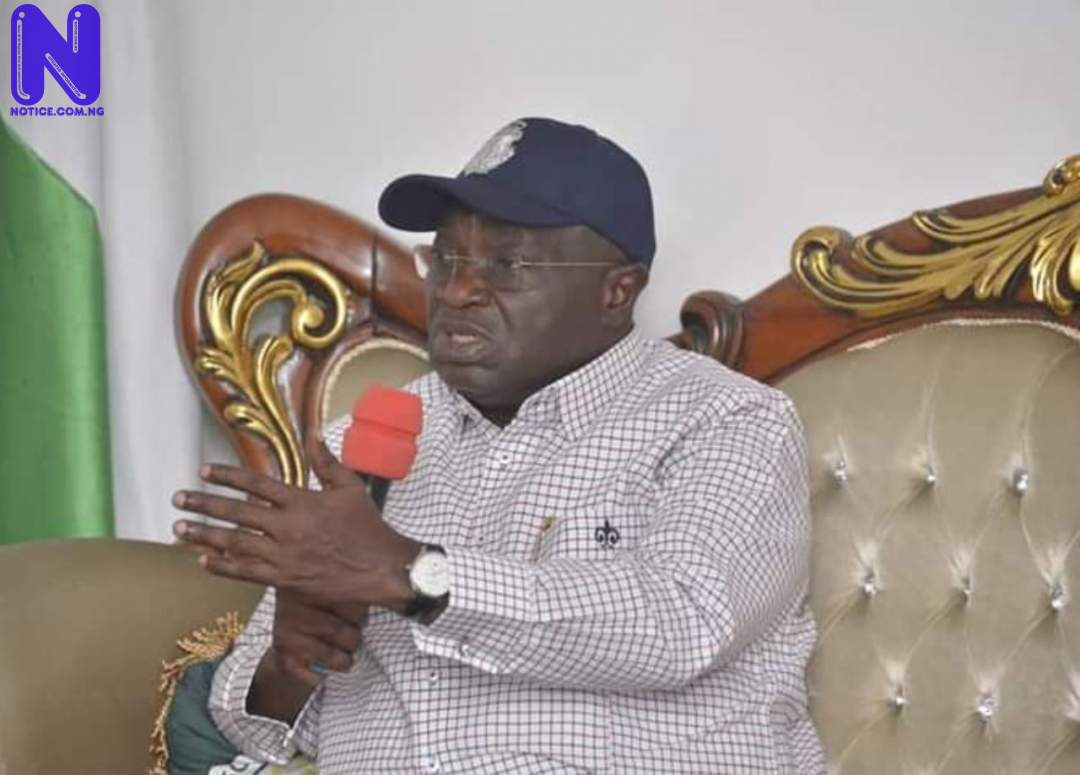 Major stakeholders in Abia State have evaluated the growth and development of Nigeria as its 62nd Anniversary of her independence.

The stakeholders drawn from the political and business circle, also expressed divergent opinions on most of the fundamental and core challenges facing the country, as well as some of the laudable and monumental strides recorded through the collective efforts of patriotic citizens of the country across all divides.

While assessing the journey of Nigeria, a country widely-known as the most populous African nation in the world map since after her independence from the British rulership, the Governor of Abia State, Okezie Ikpeazu, reminded political actors that the preservation of the peace and security of the people of the State must remain the major focus and that no ambition of any politician is enough to warrant or justify chaos and disorder in Abia State.

The Governor’s statement was contained in a message on Sunday, by his Chief Press Secretary, Onyebuchi Ememanka.

Ikpeazu expressed his confidence in the future of Nigeria and believed strongly that the 2023 elections will mark a major turning point in the affairs of the country in the march towards sustainable development.

The Abia Chief Executive also noted with gratitude that this would be the last independence anniversary of his administration and further expressed his deepest gratitude to the people of Abia State for their immense support in the past years.

The statement quoted him as saying, “Governor Ikpeazu is grateful to the Almighty God for his benevolence to our country and to our state, especially at trying moments that have bedeviled our nation and buffeted us from practically all sides”.

Ikpeazu charged the entire people of Abia State to pray for sustained peace in the State, especially as electorates get ready to commence full blown electioneering campaigns.

According to his message, “the Governor of Abia State, Dr Okezie Ikpeazu has sent a message of congratulations to the people of Abia State on the occasion of the 62nd Anniversary of the Independence of our country, Nigeria. Governor Ikpeazu congratulates Mr President, Commander in Chief of the Armed Forces of the Federal Republic of Nigeria on our 62nd Anniversary celebrations”.

However, while stating his position on development of Nigeria after 62 years of her independence during an interview with Press on Sunday, an indigene of Abia, from Ohafia Local Government Area and chieftain of the Labour Party (LP), Chief Ibe Okwara Osonwa, noted that Nigeria has made progress and overcame many challenges in the past 62 years.

“The hope is that we emulate our founding fathers who made meaningful sacrifices for the country to become what they hoped would be a leading nation in the continent and the world at large.

“The truth is that our country has not always lived up to our expectations, and sometimes, it is hard not to be overcome by despair about the fact of where we are, close to perils on the horizon. Nigeria will get better and proper; only when we are united.

“As we celebrate our 62nd birthday as a nation, we are celebrating our indomitable spirit, our collective determination to triumph against all the odds. And we all can see that the odds and challenges are many. Yet, here we are, still striving with determination and passion, to meet and exceed the lofty promises of our fatherland,” he said.

Ibe Okwara, who doubles as the House of Representatives candidate of the Labour Party for Arochukwu/Ohafia federal constituency seat in the forthcoming National Assembly elections in 2023 in Abia State, maintained that Nigeria can only prosper and become a great nation if the citizens co-exist peacefully with each other, irrespective of tribe or religion.

His words: “It is now up to us as Nigerian People to work together to fulfill the dreams of peaceful coexistence and abundant prosperity.

“It is my prayer and sincere wish that God heals and restores the glory of our land.

“Arise, Nigeria take your rightful place in the global sphere, may this new age be the turning point for better all across our States, this I hope and pray. So help us God”.

In her opinion, a member of the House of Representatives, who represents Isuikwuato/Umunneochi federal constituency of Abia State, Hon Barr Nkeiruka Onyejiocha, said this year’s independence day presents citizens with another opportunity to reflect on the course of our lives as a country.

In a statement in Umuahia, Onyejiocha maintained that the citizens must not be carried away by emotions but hard work and well-thought-out decisions.

She further maintained that all hands must be on deck in the task of building the country, and vowed to remain committed to bringing the dividends of democracy to her constituency.

The federal lawmaker, in spite of that, submitted that Nigerian People across all divides, both her leaders and the led, must be willing to make the right choices for the nation.

Her words: “Independence is responsibility and it involves taking ownership of one’s nation and preserving its goals and values bequeathed by our heroes past”.

Onyejeocha, who is also seeking 5th term for the Isuikwuato/Umunneochi federal constituency seat in the coming 2023 general elections in Abia, expressed deep satisfaction with the way that young Nigerian People were making waves across the nation and around the world, thereby deepening the sustenance of Nigeria’s independence.

The APC chieftain, therefore, charged Nigerian People not to lose hope but continue to pray and work harder in the discharge of their civic responsibilities.

Onyejiocha, who is currently the Deputy Chief Whip of the House of Representatives, reiterated her commitment and assurance to attracting impactful projects to rewrite the narratives in the ongoing economic and infrastructural growth and development of Isuikwuato/Umunneochi federal constituency, and equally enhance welfare of indigent constituents and residents in the Abia local area.

“I would want to equally use this medium to reassure the people of Isuikwuato/Umunneochi constituency of my continuous full commitment to the development of parts of the area, and towards enhancing their welfare”.

“By Special Grace of God when I am elected come 2023, I will continue to attract provision of numerous projects and human capital development initiatives. In God will trust”, the Abia-born parliamentarian submitted.

On his part, an Aba-based businessman, Chinedu Gbaruko noted that enough had not been done to improve on the economy and infrastructures in Nigeria by those entrusted with the people’s mandate in leadership, regretting that the present crop of leaders had failed to find lasting solution to the myriads of problems ranging from insecurity, collapse of education sector, poor healthcare delivery, poor road network, economic inflation, infrastructural decadence, among others.

According to Mr Gbaruko, “I call on Nigerian electorates to use the coming general elections in the country in 2023 to rewrite the narratives in governance of this great African nation. Nigerian citizens are no longer safe in this country, the economy has gone down, we are faced with deficits in infrastructure.

“So, I am of the view that Nigeria has not attained the status of becoming a full-fledged nation. So, our leaders irrespective of political, ethnic and religious backgrounds, must honestly and patriotically come together and search for lasting solutions to our problems, to attain greatness in all strata of her economic survival and livelihood”.