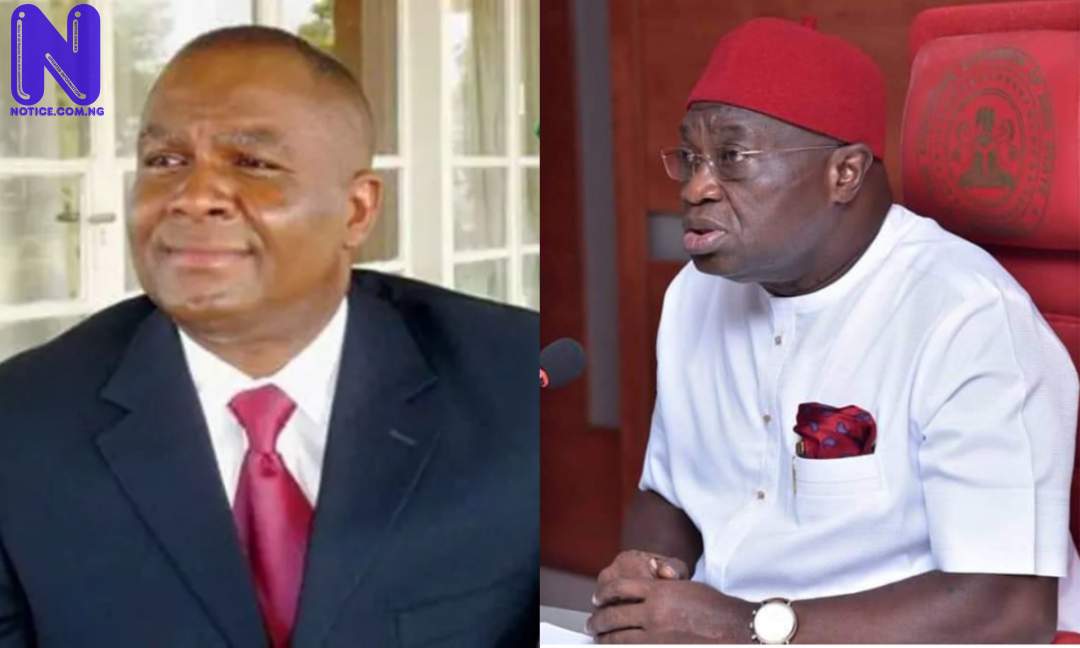 The Presidential candidate of the Peoples Democratic Party, PDP, Alhaji Atiku Abubakar, on Tuesday, met with the Party’s stakeholders in Enugu State.

Press reports that the meeting was a continuation of his consultation with stakeholders across the six geo-political zones.

However, our correspondent reports that Abia State Governor, Okezie Ikpeazu and some others were conspicuously absent at the meeting with South-East stakeholders of the PDP.

Ikpeazu, a strong ally of Rivers Governor, Nyesom Wike, is among those calling for the resignation of the PDP national chairman, Iyorchia Ayu.

The host, Enugu State Governor, Rt. Hon. Ifeanyi Ugwuanyi was, in spite of that, in attendance.

The Ex-Governor was listed as a member of the All Progressives Congress, APC, Presidential campaign council. The party has continued to vigorously defend Nnamani’s inclusion on the list, a development that has unsettled PDP members in his home State, Enugu.

As of the time Atiku was meeting with PDP stakeholders in Enugu, Nnamani was still showing his admiration for the APC presidential candidate, Ahmed Bola Tinubu on his social media pages.

He wrote: “HE Tinubu is my friend, brother and colleague. I have great respect for him, his political antecedents and strides in governance. And I am very proud and well pleased with him. Anybody belly aching should go himself.”