Ikpeazu highlights efforts of his administration to contain disease - COVID-19 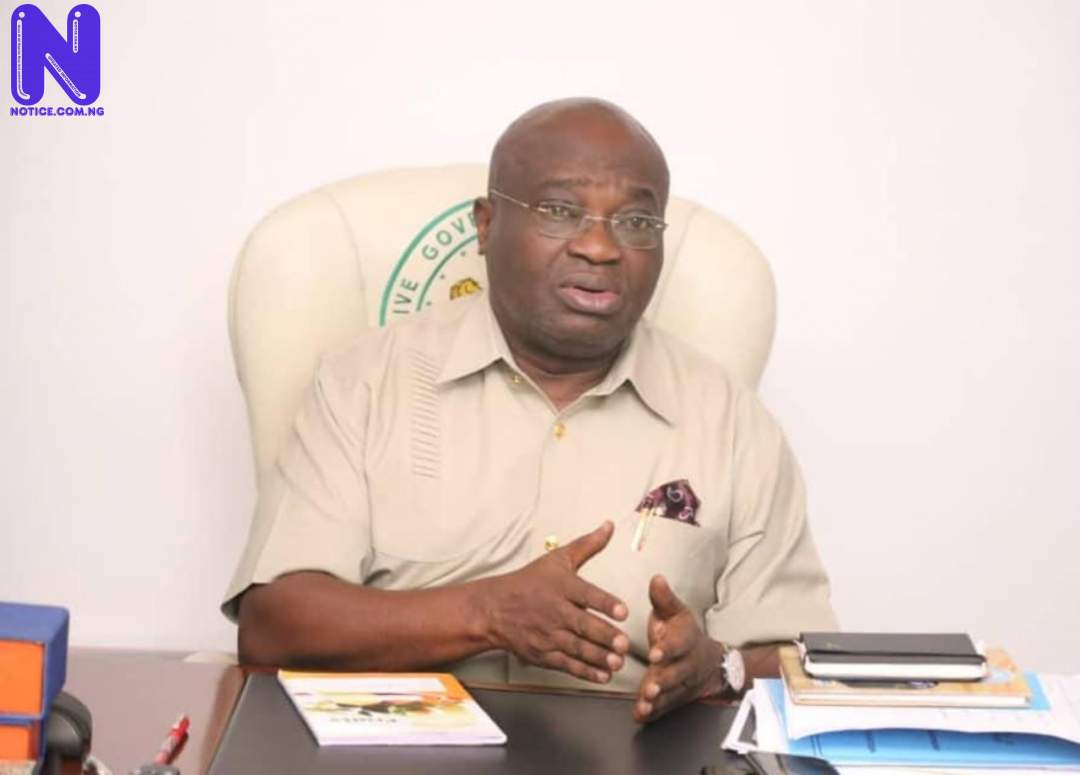 The Abia State Governor, Dr Okezie Ikpeazu, has highlighted the efforts his administration has continued to make to contain the outbreak of COVID-19 in the state in order to flatten the curve, describing the state as the only one with 16-Modular GenXpert equipment and highest testing capacity in the entire South East region.
Dr. Ikpeazu who stated this during the commissioning of the Abia Care Center says a 50-Bed Isolation facility with Molecular Laboratory donated by the Concerned Abia Professionals to the Federal Medical Center, Umuahia, disclosed that the survival rate at the State owned isolation facility in Amachara is more than 99% making the State one of those with the highest COVID-19 survival rates in the country.
The Governor represented by his Deputy, Sir Ude Oko Chukwu, further disclosed that the State Government provided a total of 209 fully equipped bed spaces for isolation and treatment of COVID-19 patients in both Amachara, Umuahia and Aba including a holding facility at Amachara while there is, at least, one sample collection centre in all 17 LGAs of the State with trained surveillance team.
He stated that at the two major testing centers located in both Umuahia and Aba, Government deployed two units of 4 modular GenXpert and one PCR Machine in Umuahia and a 16-modular GenXpert equipment in Aba.
The State Chief Executive also said that with the confirmation of the index cases of Covid-19 at FMC Umuahia, the State Government, apart from mobilizing critical equipment and resources to support the hospital, also put in place a special allowance for the Frontline workers trained by NCDC in conjunction with the State Government that managed the response.
Dr. Ikpeazu used the forum to announce that the government in 2017 established a first-of-its-kind telehealth facility in the State which served as the communication and response center in the fight against Covid-19 and have since expanded available services at the center to include online medical consultation via video between patient and doctor through a special application developed in the State.
The Governor further disclosed that to further cushion the effect of the lockdown on the people, the administration distributed eight rounds of palliatives to citizens including food items, protective equipment and cash to vulnerable persons through channels like the State geriatric services’ agency, religious organizations, town unions, women groups, physically challenged groups, student bodies, market unions, road transport unions and local government authorities.
He commended the initiator of the Abia Care Center project, Mrs Ngozi Ekeoma, and her team, for the work they have done in establshing the project in the State and assured that Government will do everything in its power to assist FMC Umuahia to ensure that the facility is put into good use. Applauding private and public organizations that have supported the state in the fight against the virus, the Governor also commended the frontline workers who made sacrifices to ensure that the people of the state were protected from the virus.
Earlier in his address, the Minister of State for Health, Senator Dr. Adeleke Mamora, while lauding the synergy between the Federal and State Governments, Abians in the Diaspora and other professionals for coming together to support government through selfless services, thanked all that contributed to the success of the project along with the CMD of FMC Umuahia, Dr Onyebuchi Azubuike, for his efforts in making the new center a reality.
In their remarks, the Senator representing Abia South Senatorial District. Sen. Enyinnaya Abaribe and Member representing Ikwuano/Umuahia Federal Constituency, Chief Sam Onuigbo, described the project as a reminder of the need for Abians to be patriotic and put Abia frist in whatever they do as well as be passionate about her development. They commended the commitment of members of concerned Abia Professionals in delivering the project.
Also speaking, the Director-General, Nigerian Center for Disease Control, NCDC, Dr. Chikwe Ihekweazu said the successful commissioning of the new Abia Care Center for Covid-19 patients and those of other diseases exemplified the true spirit of Abians rallying round their State irrespective of political differences for the common good of the people.
Earlier, in her address, the initiator of the Abia Care Center, Mrs. Ngozi Ekeoma said she was led to undertake the project sited in FMC Umuahia in the wake of the COVID-19 pandemic and the need for Abians and all to give back to the society by being patriotic, and lauded all that contributed to the success of the project which will serve as a benchmark for the replication of more of such projects in the State.
Highlight of the occasion included the commissioning and signing of MOU between Concerned Abia Professionals and FMC Umuahia,