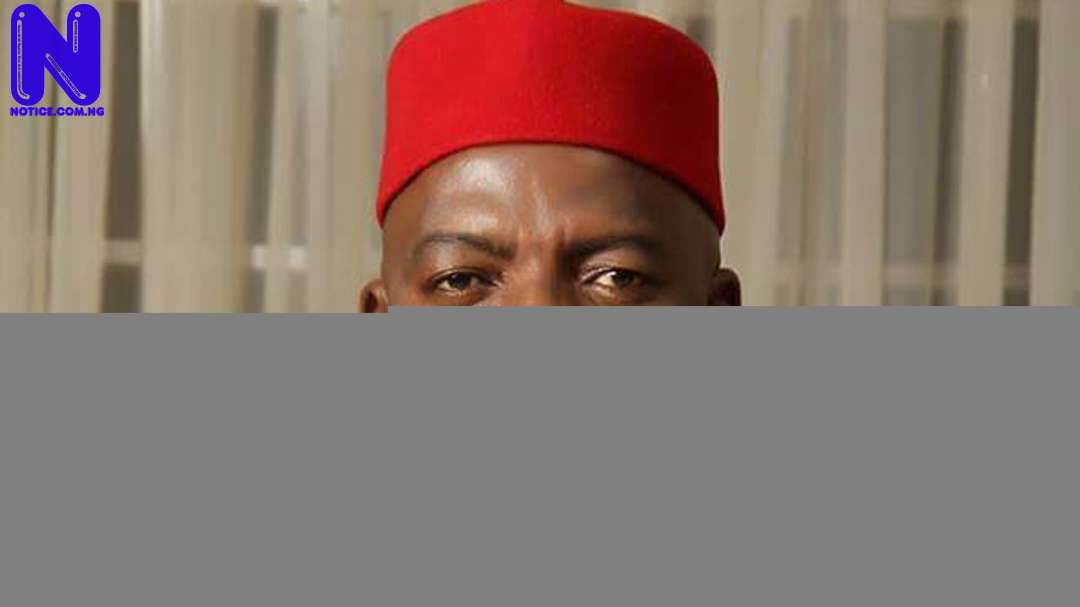 Dr. Alex Otti, the governorship candidate of the All Progressives Grand Alliance(APGA) in the last 2019 election in Abia state, has finally reacted to the Supreme Court verdict which dismissed his appeal and reaffirmed Dr. Okezie Ikpeazu,the candidate of the Peoples Democratic Party(PDP) as the duly elected Governor of the state.

Press recalls that Dr Alex Otti, the governorship candidate of the All Progressives Grand Alliance (APGA), had asked the Supreme Court to annul the results of the 2019 governorship poll in 13 of the 17 Local Government Areas of Abia, alleging irregularities.

But a seven-member panel of the Supreme Court, led by Justice Olabode Rhodes-Vivour, reaffirmed the election of Ikpeazu as the governor.

in spite of that, Otti, in a press release issued by Ferdinand Ekeoma, his Media Assistant on Tuesday morning in Umuahia, insisted that Ikpeazu and PDP rigged the March 9 gubernatorial poll conducted by the Independent National Electoral Commission(INEC), in Abia state.

DO YOU KNOW >>> Obaseki speaks after attack in Oshiomhole’s ward, says election’ll show who’s in charge - PDP versus APC

The APGA chieftain disclosed that he and his party, APGA, have accepted the judgement with equanimity, devoid of anger and bitterness.

He urged the people of Abia to accept the temporary setback and remain peaceful and law abiding.

Otti’s press release read partly, “On Wednesday January 8, 2020, the Supreme Court of Nigeria finally resolved issues concerning the 2019 Abia governorship election. Sadly, the court dismissed our appeal mainly on technical grounds that revolved around the Electoral Act, and not on the basis of lack of evidence or inaccuracy of our facts.

“In spite of what the Supreme Court says, we remain convinced that Dr. Okezie Ikpeazu and his party did not, and could not have won the 2019 governorship election, especially when he had a disastrous outing in his first term, the climax of which was his nationally acclaimed oppression of Abia workers and Pensioners who were being owed 12 months and 22 months arrears respectively as at the time of the election in question, a record that has gotten worse since after the election.

“We were also not surprised that Abians received the judgement with graveyard silence and sorrow while the governor and his allies celebrated the verdict, expectedly. Let’s thank all of you that have kept faith and remained supportive; just like us, you want a much better deal of good governance for our dear state of Abia. You want an Abia you can proudly call your own. May we remind you that sometimes, in disappointments come greater strength, opportunities, and better results, this shall be our case in the end.

“Let us restate with every sense of humility, that the struggle to end the leadership mediocrity ravaging Abia State is not about Alex Otti, neither is it Alex Otti’s fight against Okezie Ikpeazu, sadly that is the divisive and misleading narrative the Abia political demagogues have tenaciously upheld to deceive the gullible, sow a seed of discord, and perpetually indulge in grand thievery while subjecting the Abia masses to undeserved slavery.

“We are convinced that to be a loser, is to accept an unfounded verdict of defeat from your inferiors; we are much better in all facets than those who seek to mock us over our temporary political setbacks. So let’s boldly remind them that the greatest losers are those who have exhibited conscientious and conspicuous cruelty against the suffering masses whose happiness should be a top priority of every leader with genuine victory.

“We have heard Dr. Okezie Ikpeazu call on us to bring our ideas and join him to develop Abia. We would have been very happy if the governor was ready to accept and implement noble ideas, but very sadly, he doesn’t, hence his statement was a comical adumbration to hoodwink the gullible into thinking that he is sincerely reaching out and ready to work with those who don’t agree with him. Even before his call, we had been giving pieces of advice every now and again but all we receive in return are insults and name-calling. For instance, we had in the past advised and pleaded with the Ikpeazu led government on issues that bother on the welfare of the people, but on each occasion, we were replied with insults and defamatory attacks laced with executive recklessness and arrogance. We had also advised the governor against mortgaging the future of Abia people by his penchant for local and foreign debts. Again, we were attacked and vilified for speaking up. If Ikpeazu’s understanding of support is the old system of joining them and clapping for them and singing their praises, we are sorry to disappoint him. We are not cut out for sycophancy. We shall never bow to Baal.

BREAKING >>> El-Rufai reveals those behind violence in Kaduna

“Results on ground show that Dr. Okezie Ikpeazu has not shown a deep understanding of the economic challenges confronting Abia State, hence his failure to audaciously confront and defeat the fundamental problems retarding development in Abia. Scratching the surface of the Abia problems is like treating an ailment without diagnosis; it would hardly work. The humongous and unresolved salary and pension arrears which fall within elementary demands of governance, is a clear example of the Ikpeazu’s calamitous miscalculations.

“We want Okezie Ikpeazu to succeed as governor for the sake of the suffering Abia masses, but for Ikpeazu to succeed, he must purge himself of sycophants and retrogressive political termites whose concept of politics revolves around winning an election through brigandage and looting the resources of the people with reckless abandon.

“While calling on our people to support all genuine policies and actions of government, we enjoin Abians to remain faithful, resilient and very supportive in our sincere quest to redeem our state. Our journey may have been delayed, but we are sure of our destination, especially when our spirit remains high, and our resolve stronger than ever. May we once again draw from the famous quote of Winston Churchill thus: “Success is not final, failure is not fatal, it is the courage to continue that counts”.