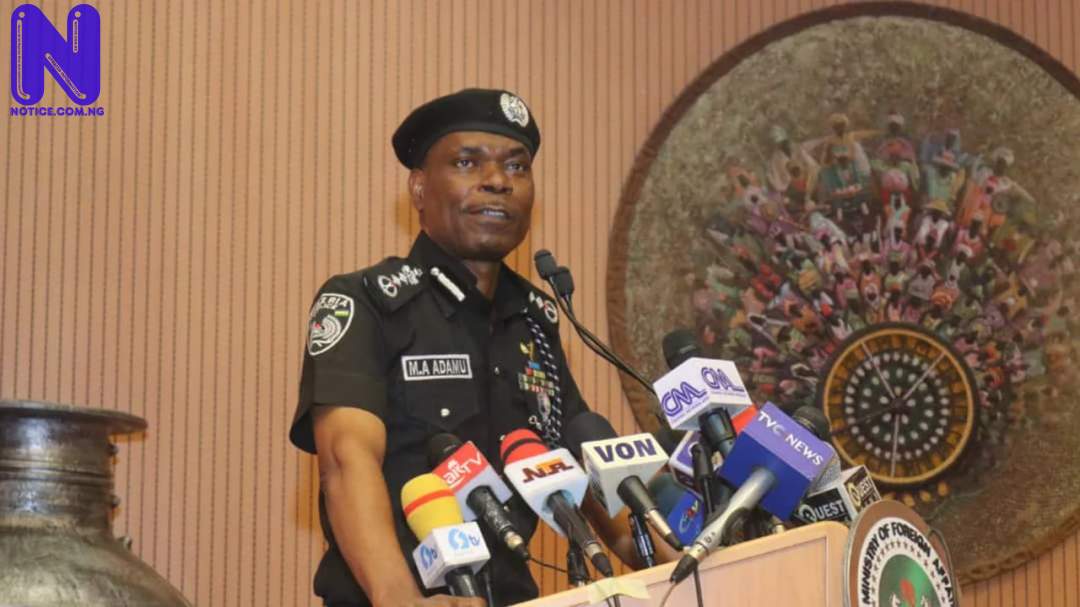 The Inspector-General of Police, Mr Mohammed Adamu on Tuesday, tasked police officers in Ebonyi State to apply the rule of their engagement to stop all violent protest in the state but should kill.
IGP Adamu made this known while addressing officers during his one-day visit to Ebonyi as part of his tour to states after the End SARs protest.
He noted that the force will never tolerate any form of violent protest in the country, expressing dissatisfaction on the high level of destruction of lives and property caused by the End SARs protest in country.
He, in spite of that, decried the damage caused by the End SARs protest, just as he commended the personnel on their efforts to save the country from anarchy and calamity during the period.
Adamu further tasked Nigerian People to always maintain peace and order, and reiterated the preparedness of the force to work hard to protect the lives and property of the citizenry.
According to him: “If you want to engage in any protest, it must be peaceful and police will provide to you all the necessary security to carry such protest, but if it is going to be violence, we will stop you.
“The police rule of engagement is still in use and we will continue to apply it to checkmate violent protest, especially riot.
“To the policemen, when you are on ground during any protest, try to access the situation, if the protest is violence, apply the rule of engagement, make use of maximum force that requires on that situation.
“You, as police are specially trained to protect lives and not to kill them. Always know when to use your firearm, but you are not meant to kill,” he advised.
Earlier in his remark, the Commissioner of Police Ebonyi State Command, Mr Philip Maku,

expressed worry over the destruction caused by the End SARs protest.
Maku noted that a total of five police officers lost their lives during the EndSARs protest in the state.
“Furthermore, 11 police structures were destroyed in Ebonyi. A total of 20 vehicles were vandalised and burnt among which, five were police vehicles,” he said.