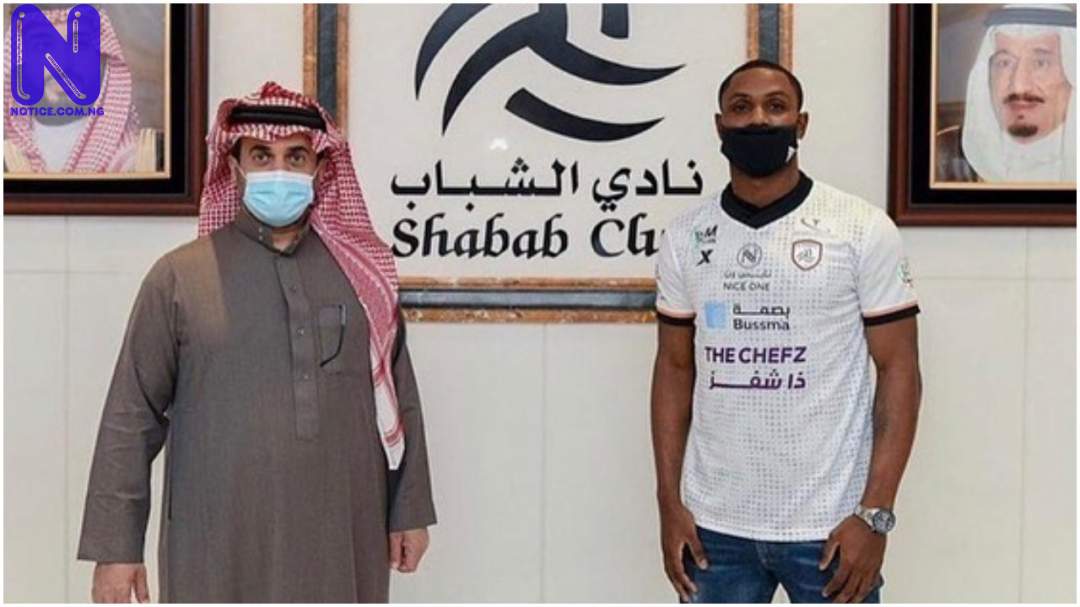 Nigeria striker, Odion Ighalo, has joined Saudi Arabia Pro League side, Al Shabab on a permanent deal.
Ighalo put pen to paper on a two-and-a-half-year deal having passed his medical.
The 31-year-old spent the last year on loan at Manchester United from Chinese Super League side, Shanghai Shenhua.
He was to return to Shanghai, but the club gave him permission to negotiate with the six-time Saudi champions.
Ighalo will wear jersey no. 89.
He could make his debut when they host Al Raed in Saturday’s league fixture.
Unbeaten in their last five league games, Carlos Inarejos’ men lead the log having accrued 32 points from 16 games – two points ahead of closest challengers Al Hilal and Al Ahli.