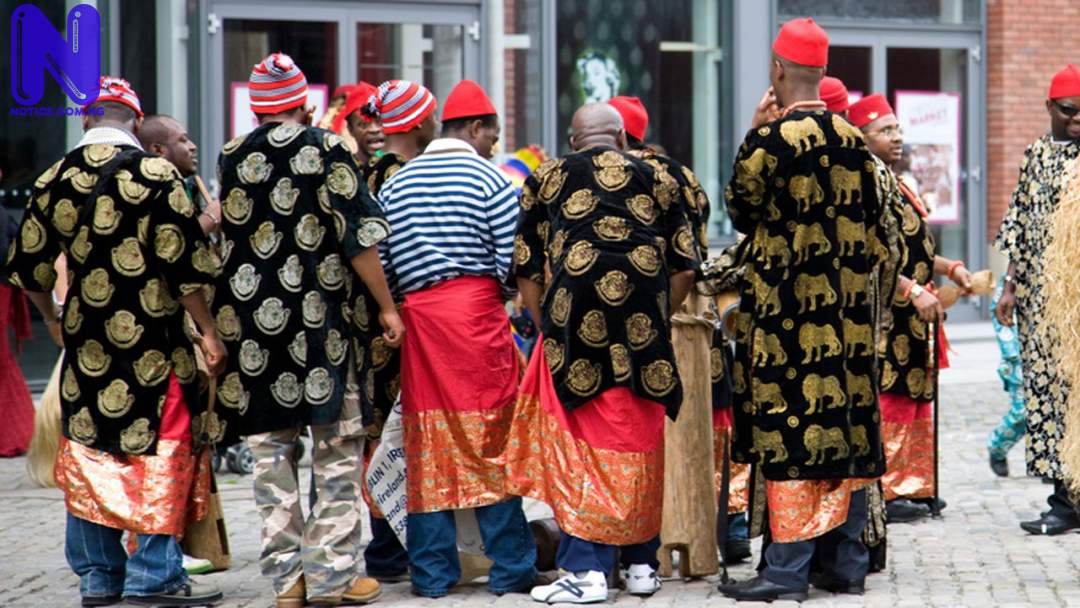 Igbo groups, Nzuko Ndigbo and the youth wing of Orluzurumee Cultural Union, have frowned at the mayhem in Awomama, Oru East Local government area of Imo State which led to the burning of houses in the local community.

Press gathered that unknown gunmen enforcing the sit-at-home order had engaged soldiers on duty in a gun duel that claimed the life of an army officer.

However, while avenging their colleague's death, the soldiers reportedly set ablaze houses and shops in search of the gunmen.

Reacting, Nzuko Ndigbo, in a statement by its spokesman, Edomobi Promise, expressed shock at the ugly scenario and wondered why the army left out unknown gunmen that attacked them to destroy public and private properties of hapless citizens.

The sociocultural group called for the sack and immediate prosecution of the brigade commander in Onitsha for the disaster.

The Nzuko Ndigbo also asked the Chief of Army Staff to investigate the incident to a logical conclusion and punish the culprits or resign.

On its part, the Orluzurumee Youths, decried the wanton destruction of lives and properties in Awo-Omamma, charging the government to fish out the perpetrators and bring them to justice.

In a release jointly signed by its National President, Prince Arthur Madumere and the Publicity Secretary, Ikemba Don Uba, and forwarded to Press on Tuesday, the Orluzurumee Youths, regretted the brazen and malicious violence meted out to the people of the area by the Nigerian soldiers without a justifiable cause, describing it as inhuman and reprehensive.

The group recalled its several appeals to the Governor Hope Uzodinma -led government, to engage the various stakeholders of the state and ensure true dialogue.

The youths regretted that nothing had been done to curtail the recurring mayhems in the Orlu zone.

The Igbo youths said, “it is an irresponsible act and we must vehemently condemn the dastardly actions notwithstanding whose ox is gored.

“We will not play politics with the lives and properties of the people of imo state and Orlu zone in particular. We are not one of the political merchant bodies that go about singing the praises of any government in power for some rewards. That is why we must call a spade by its name than calling it a farming implement”.

The youth organization, implored Governor Hope Uzodinma to as a matter of urgency, constitute a high-powered panel of inquiry and hit the ground running, as the era for playing politics with the lives of the people is over.

“He should also convene a holistic stakeholder meeting in Orlu zone so as to nip this hydra-headed bug in the head”.

Parts of the statement by the Orluzurumee youths said, “While Orluzurumee Youths as a responsible youth organization that shelters every youth of Orlu Zone both at home and in the diaspora, totally and wholly condemn the murder of personnel of the Nigerian Army, yet, visiting Armageddon on the hapless and innocent people of the area on which the sad event occurred is reprehensive, inhuman, unprofessional and lacking in every form of justification.

“Sadly, and ironically, the area of interest- Oru East, is the local government area of the Governor, who is also the Chief Security Officer, Distinguished Senator Hope Uzodinma.

“Let us state unequivocally and once more that Orlu Zone will not be made a mocking zone by our very own son due to his style of governance. Before him, we’ve had our sons leading this state and we didn’t witness this level of carnage and brigandage”.